An Orcs in the Webbe Original Review! We take a look at the most recent issue of Miniature Wargames and give you brief run down of what to expect in each article. 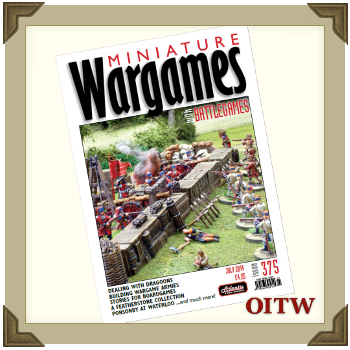