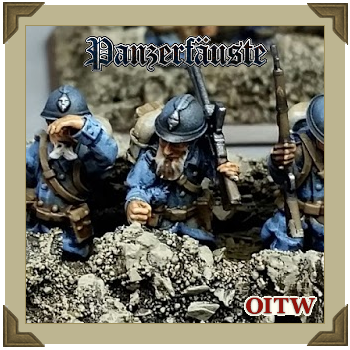 The Anarchy of Anton, fastest painter in the West (of Leicster) comes to OITW with a cracking little article on how to assemble a Gnome variant for Hysterical Games' Panzerfäuste.

Initially when I saw the gnomes on the Kickstarter I wasn't too bothered by them, however when I saw them in person I was really impressed and picked up a section to have a mess about with.

However this time round I wanted to make note of what arms go with what models, as I've a feeling that I'll end up getting a few units of these as well as helping out the masses! 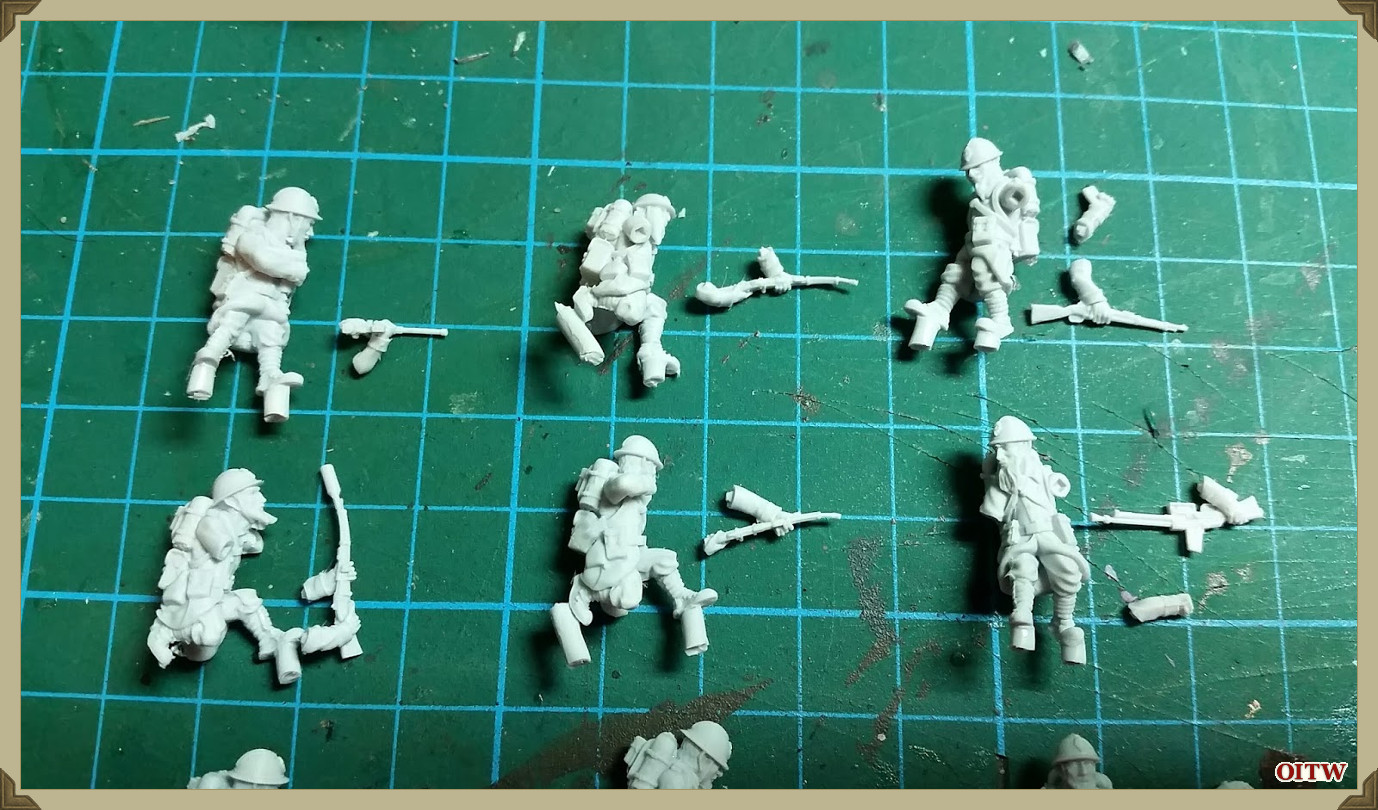 One point to note is that these pictures are resin arms, recently the decision was taken to replace the resin with metal arms. 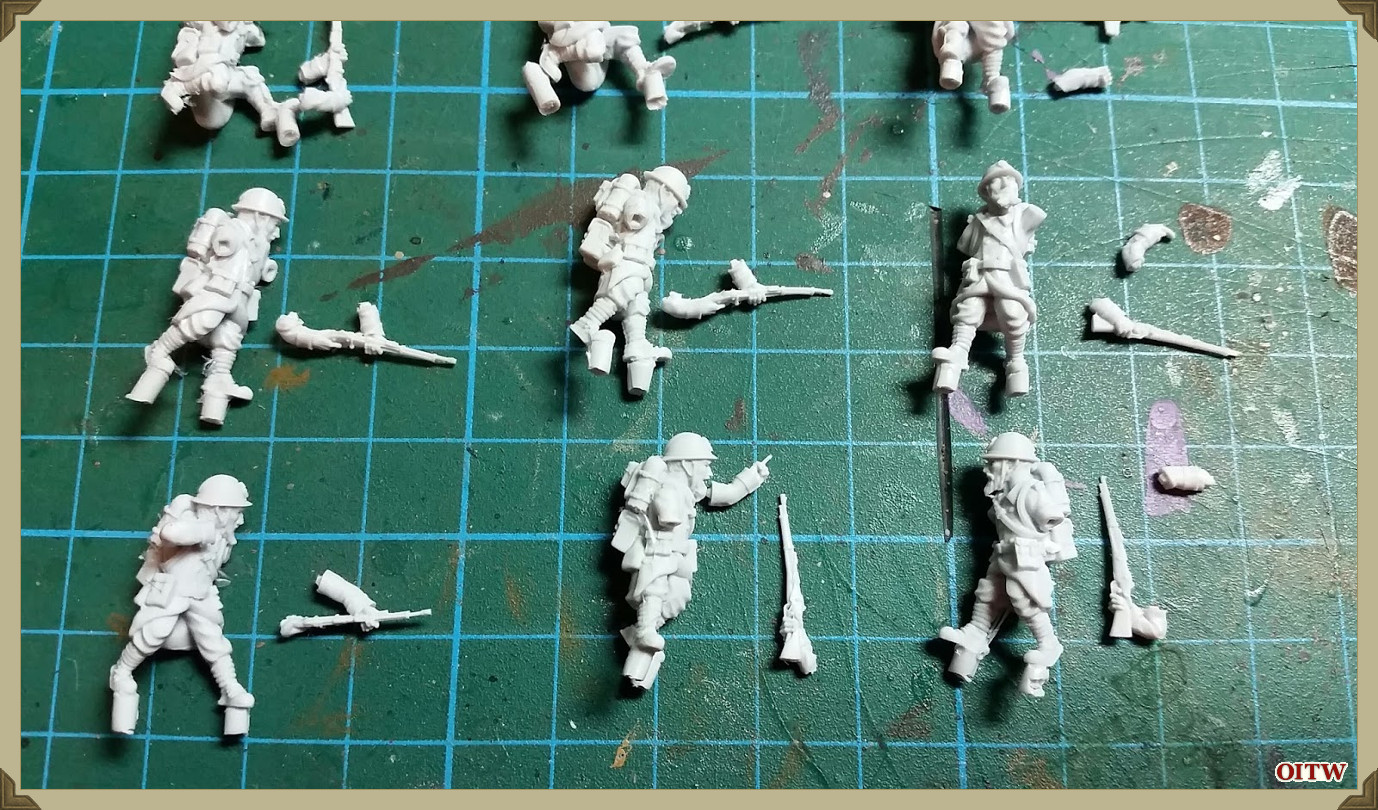 So the whole idea behind this was a dug in section, I had a dig about and got some medium flames of war bases and went for the models on a base, technically the "foot print" of the unit is slightly smaller than it should be but hey unless your playing a numpty its not really that much of a problem. 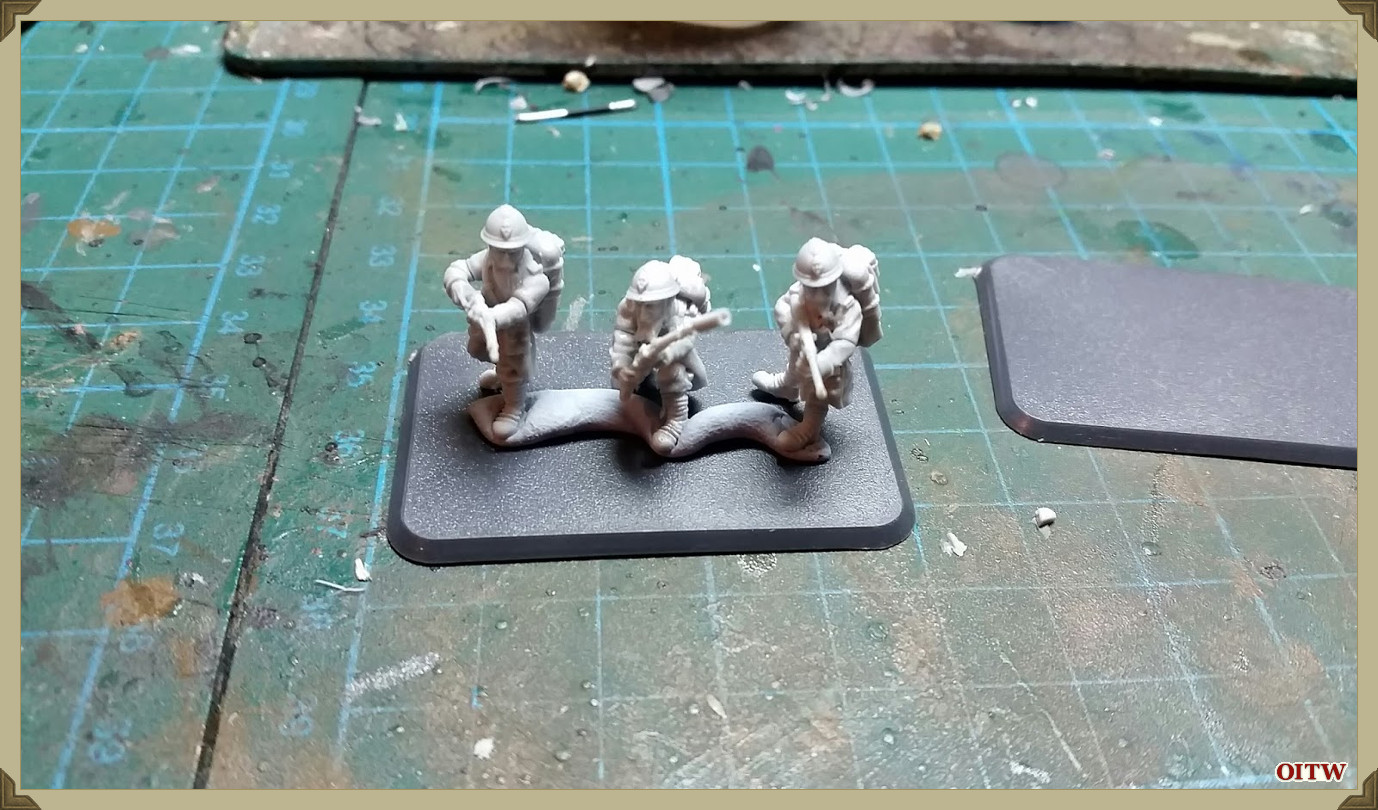 I opted for three models per base. 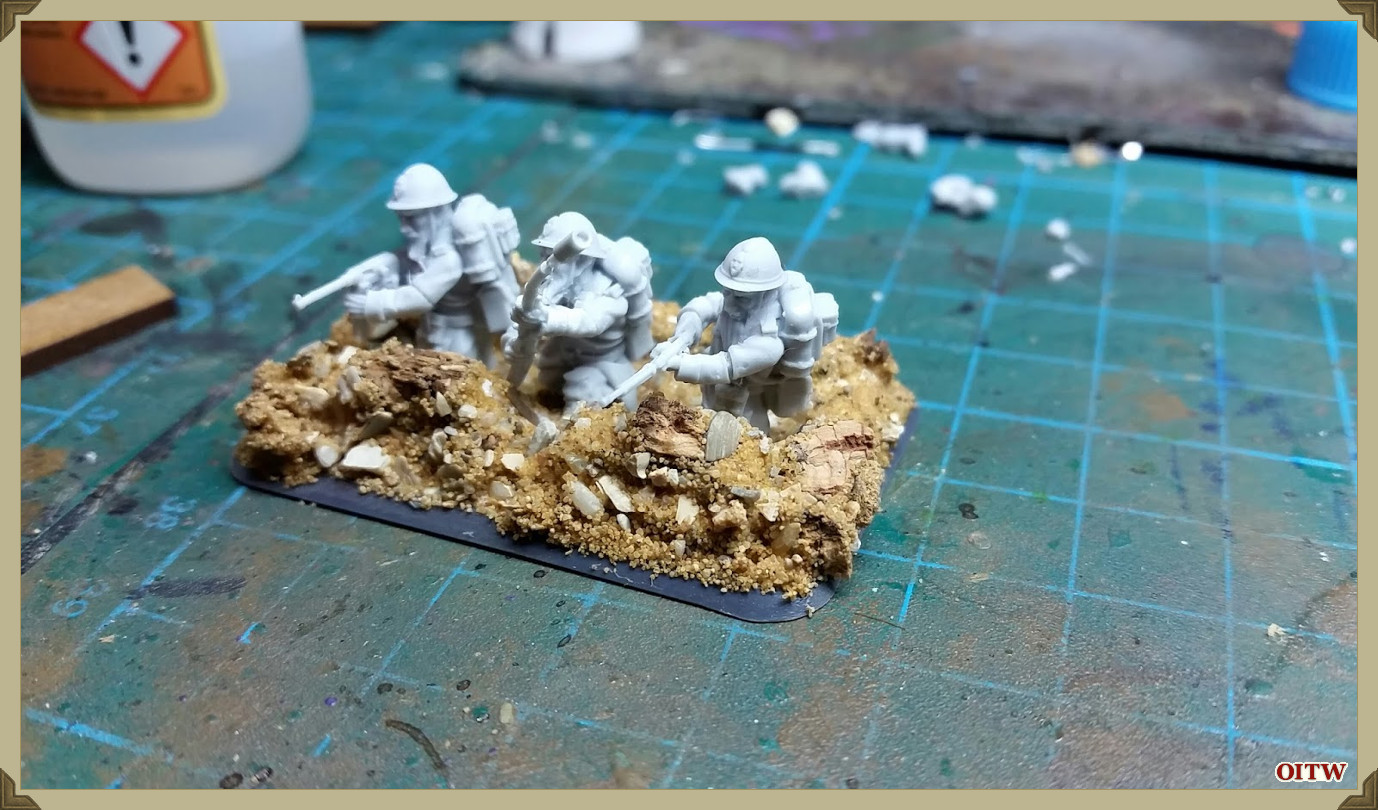 In my ultimate wisdom I didn't take any pictures of how I built up the substructure, however I used bits of thin mdf that are left over from kits and cut them into strips, the I stuck chunks of cork on then hit it with a sand and broken oyster shells. 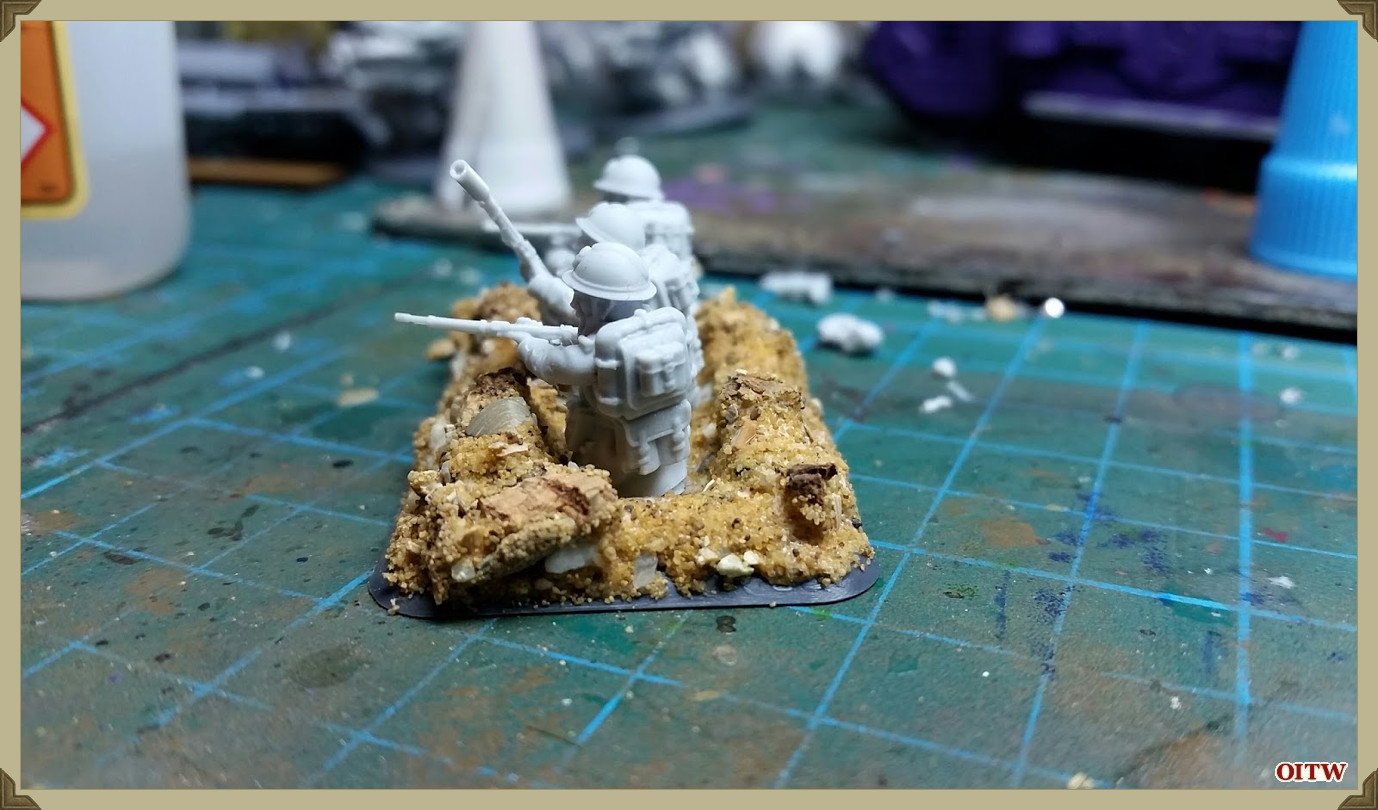 I sorted out which models would fit the bases and simply cut off the knees and stuck them in. 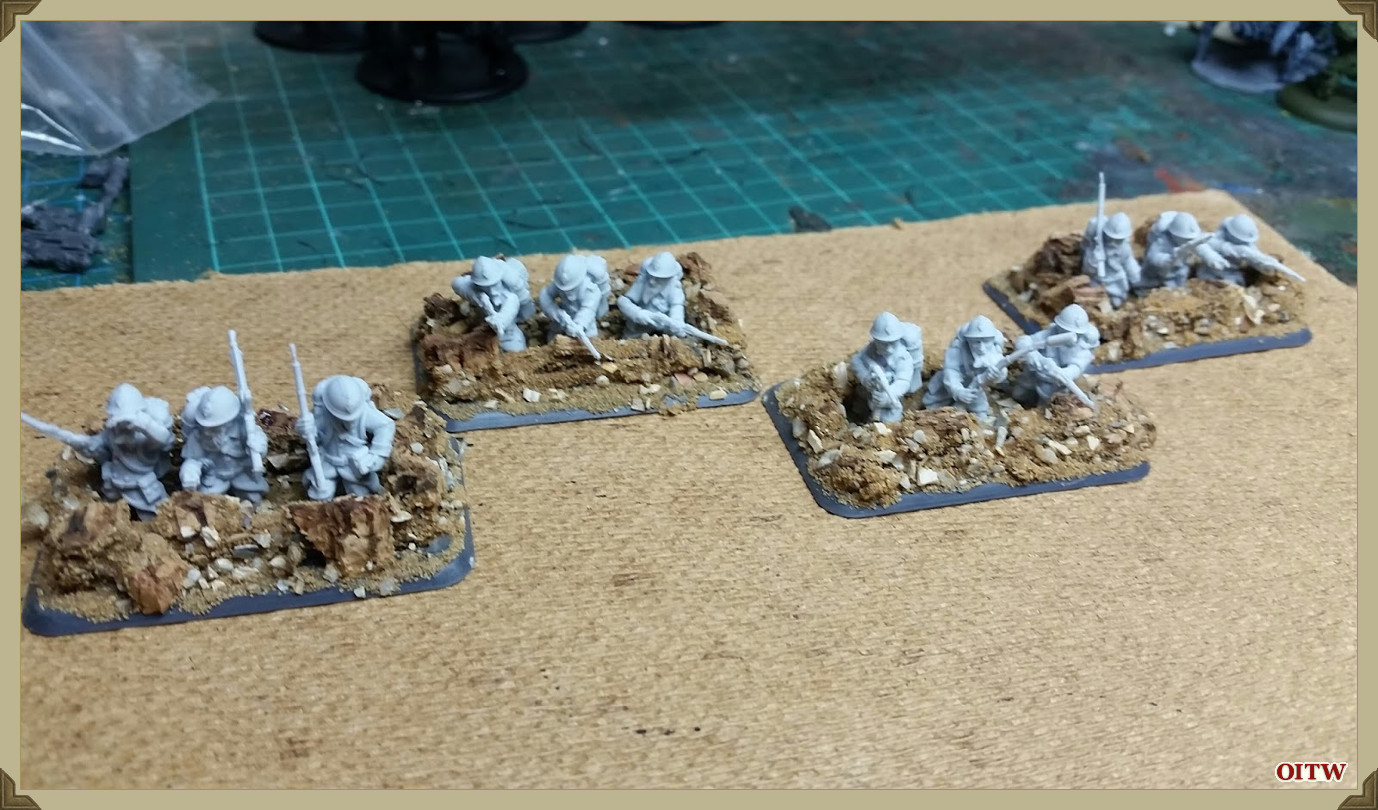 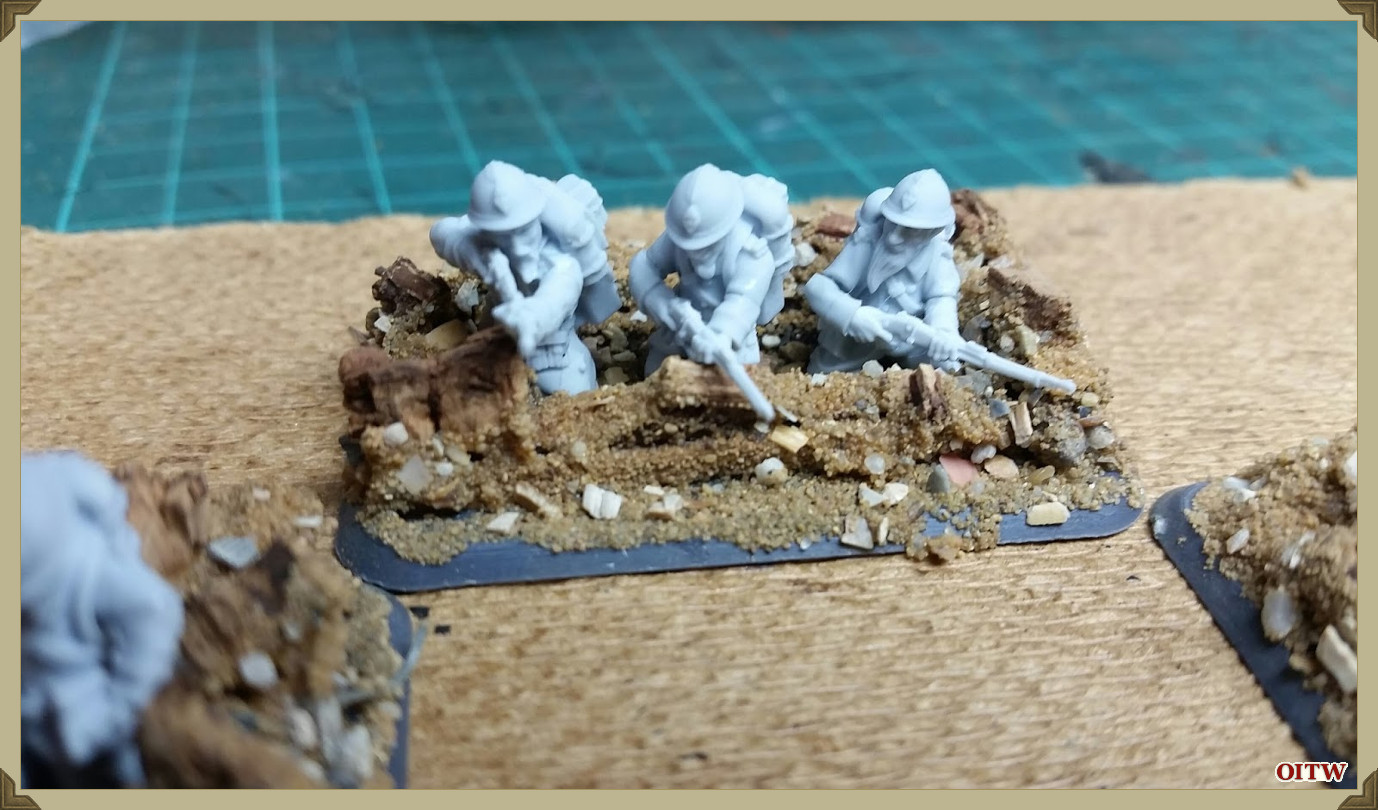 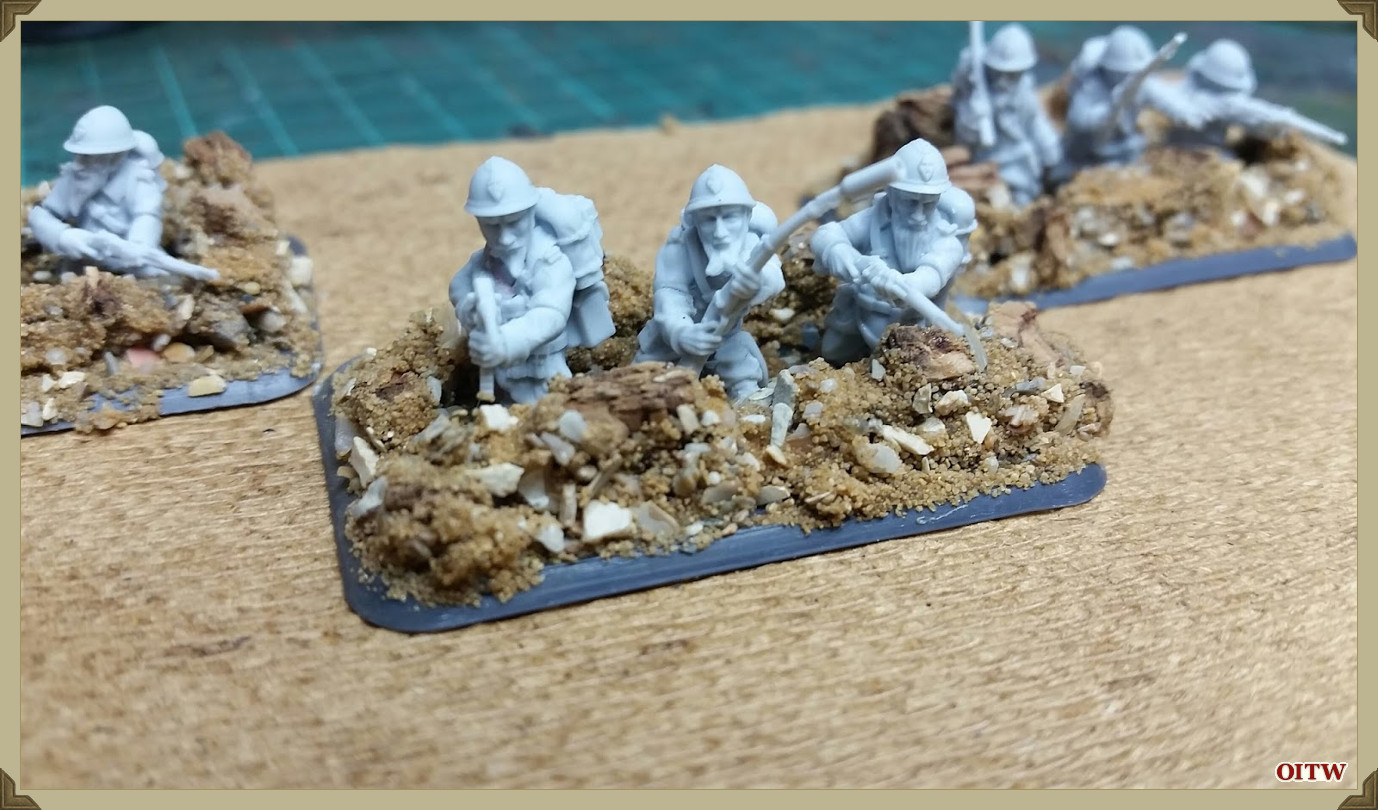 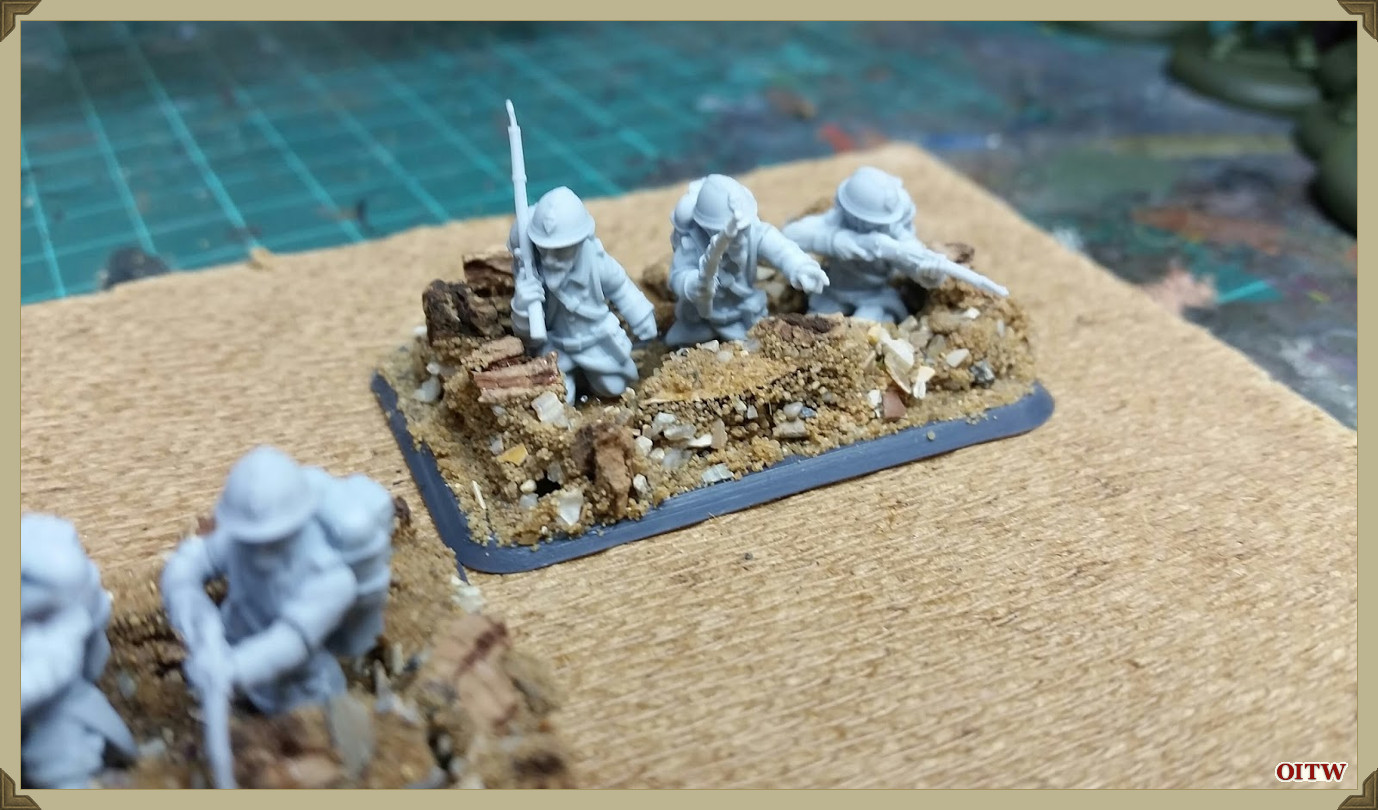 I painted the infantry the same way as the previous guys and the mud was simply dark brown, English uniform then German cam beige. 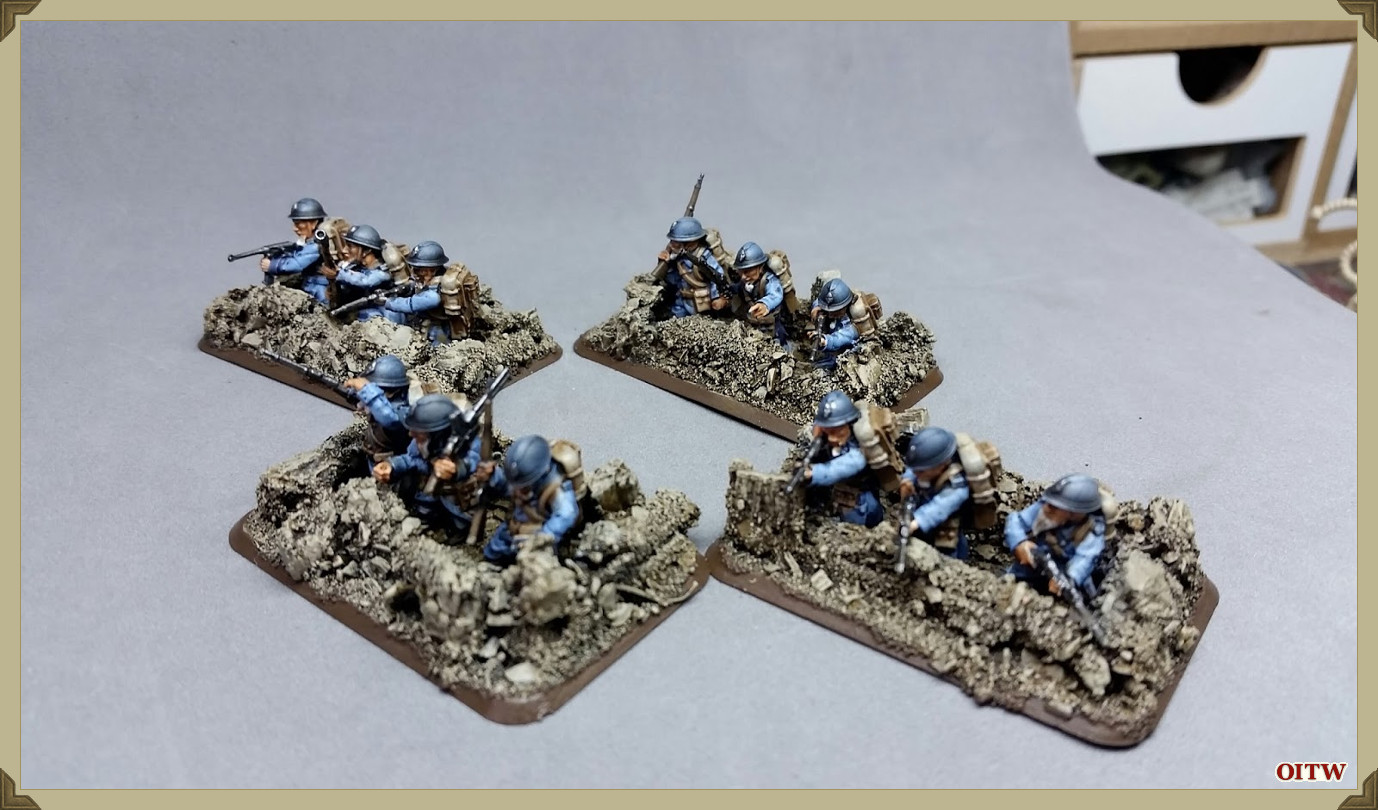 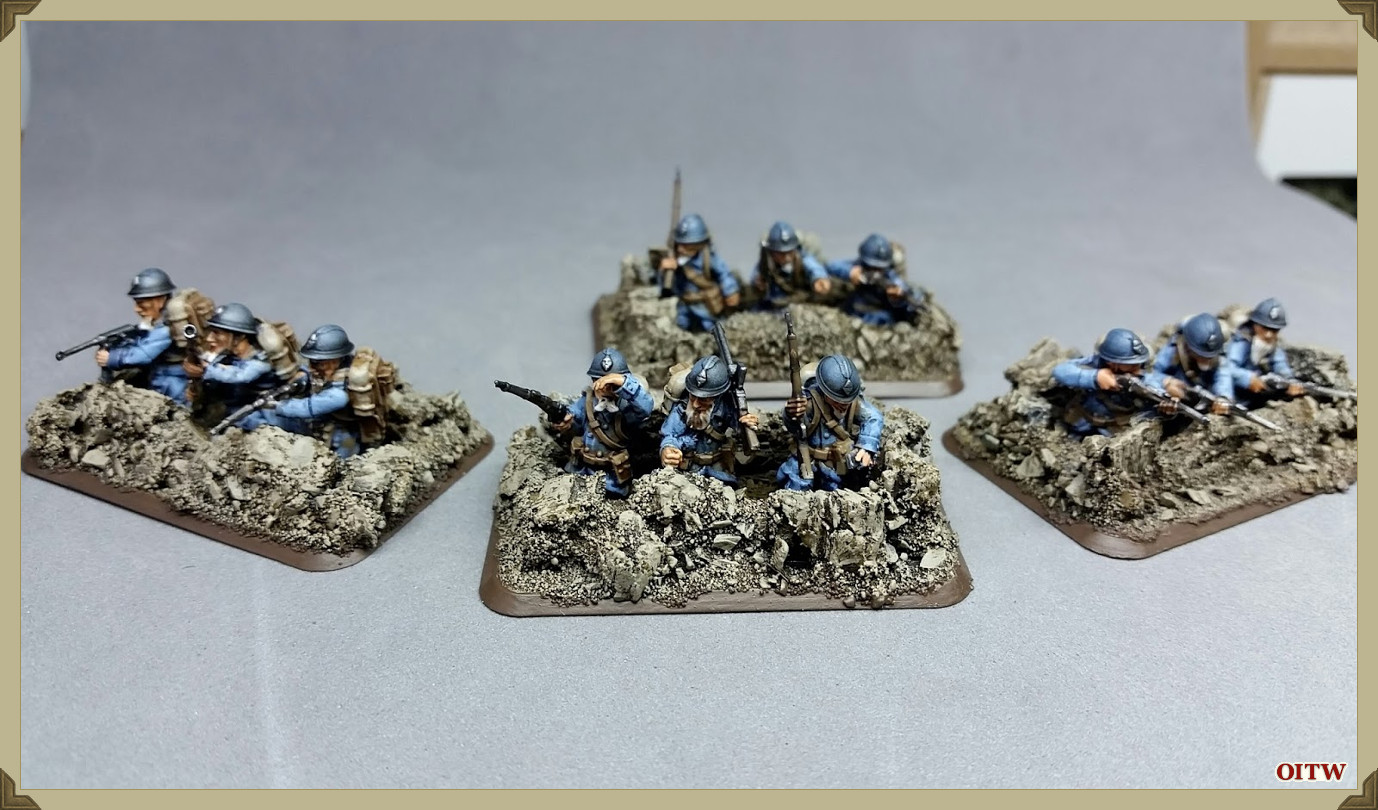 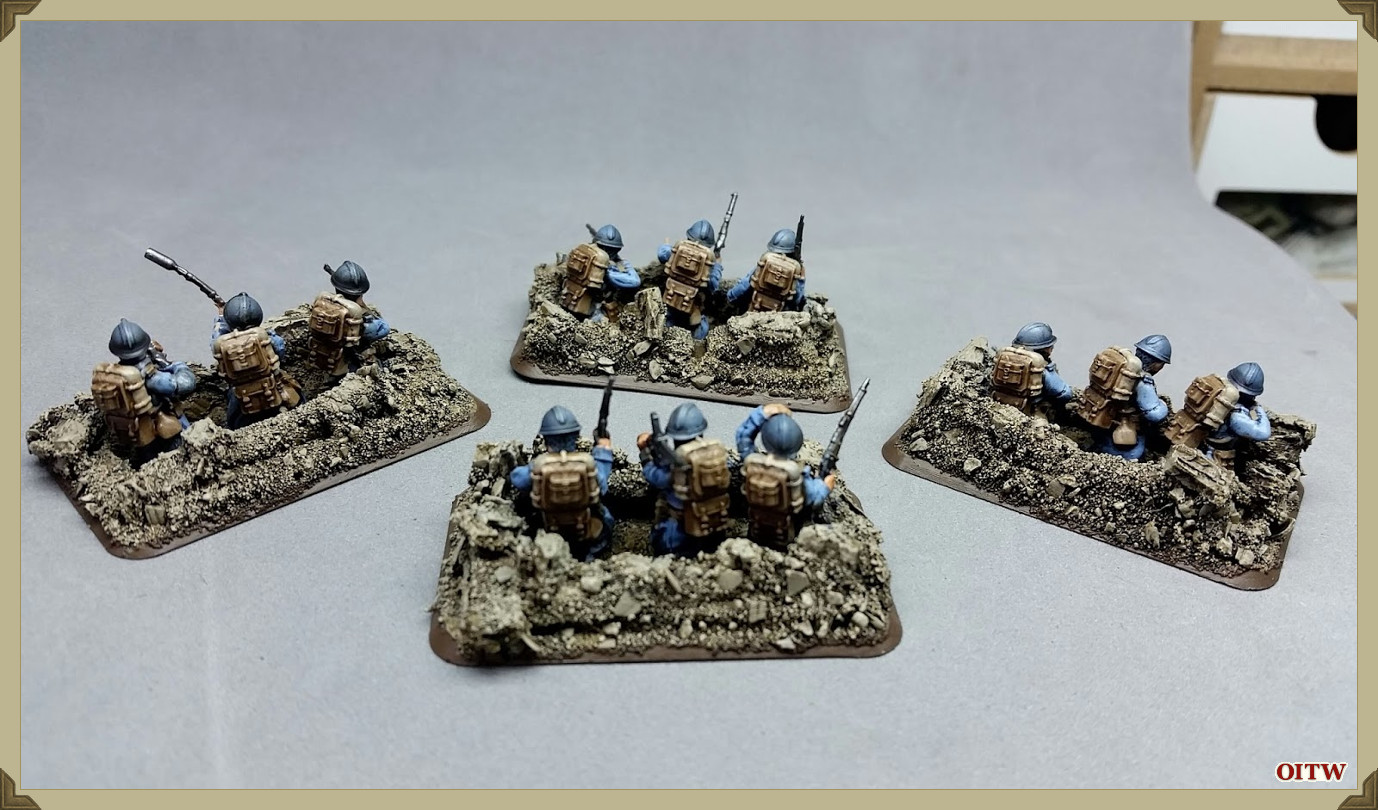 And that's it nice and simple, I need to pick up some more bits at some point and spotted the command section the other week so I'll see when I get get my hands on those and some how theme them into the dug in look.

The above step-by-step guide was exclusive for Orcs in the Webbe and was first published on the 19th December 2016 as part of it's 2016 Advent Calendar.