A Flintloque Character Background and Modelling Masterclass by Tony Harwood 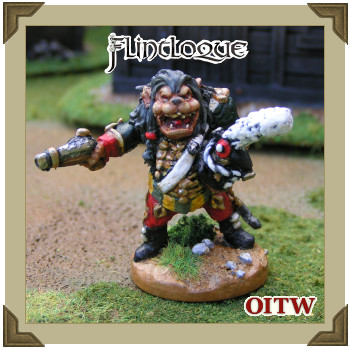 It's All Hallow's Eve and that means only one thing here on Orcs in the Webbe. Master modelmaker Tony Harwood has something special for us. This year he creates a brand new Flintloque character, Colonel Vladimir Bayun.

Old soldiers suppose that the best remedy for insomnia is a large glass of warm Brandy, others advise you to do mental arithmetic or draw intricate mental patterns before going to bed. To my mind, there is no better sleeping-draught than to contemplate a dozing cat. The cat sleeps so sweetly and gracefully; there is no other animal that can compare to it. If you want to assay this recipe you should make yourself comfortable in your bed, close your eyes and imagine a cat. This charming animal casting glances at you through the slits of its luminous green eyes - it is yawning, demonstrating the rows of sharp white teeth and then slowly, it begins to doze. It seems that at this moment the cat is already travelling in the land of dreams, fairy-tales and legends and you can quickly find yourself joining the feline slumber guide and slipping silently to the land of nod.

In simpler times this may be true, but in the cold expanse of the Witchlands Steppes, with the threat of Cossacks and wolves you sleep at your peril. Plus, there are more than Cossacks and wolves to worry about as the evil creatures of the Dark Tsar hunt down the retreating Elves. In Witchlands folklore Bayun (The Cat) can lull a person to sleep, so he can either rob or eat them. A representation of the good and bad in all of us, his voice can also cure illness, should Bayun choose to help. But he seldom if ever does. Many warriors and soldiers have tried to capture the cat, but with little success and the only object that can protect a tired warrior from the Bayun’s powers is an iron helmet to block out the feline’s dulcet tones, a felt Shako will just not do it!

As the beleaguered Ferach stoically retrace their war-weary steps, The un-being forces of the Dark Tsar continue their harrying, Zombies, Ghouls and Vampires lead the assault, but there are others, some are known about such as the headless zombies, or werewolves from Diberia, others are only named in soft whispers and then only in the stark light of day – if you can call the continual grey fog of the Witchlands day...

At the head of a band of towering Savant Zombies, Colonel Vladimir Bayun, the last of an ancient race of Bayun Cats (or KOSHka) purrs with delight as he surveys the retreating Ferach before him; he can taste their tiredness. Bayun pads forward hardly disturbing the newly fallen snow and delights in the horrors he is about to pour down on the worthless, pointy-eared invaders. Raising a grey paw, he motions for his shambling comrades to continue the silent pursuit.

After ten days of relentless marching, the blue-coated Ferach are literally dead on their feet, marching not through any natural or normal effort, but more through muscle memory and habit. The officers have long ago given up on stragglers or trying to ‘hurry’ the surviving souls along. Preferring to keep their heads down and like the rest of the Ferach rabble, continue to place one frozen foot in front of the next, over and over and over again.

At long last Bayun judges that the time is right and with half opened green-tinged eyes, begins to purr in a low and harmonic vibe. The purring continues and grows both deeper and louder. Its effect is not noticed at first, but one by one the exhausted Ferach begin to stumble and slumber. The feeling of well-deserved sleep is both soothing and warming to the sleep-starved soldiers and for the lucky ones they die of cold exhaustion before the pursuing Zombies can catch up.

The Bayun Cat is a new character race for Flintloque/Deadloque. He appears as a humanoid cat with emerald green eyes and sharp ferocious teeth. In terms of size he could be compared to a large Bog-Orc with beautifully groomed grey fur and a long tail. He would usually be encountered as a command figure leading a regiment of fresh Zombies or Savant Zombies – he would never allow himself to be besmirched and will never be found anywhere near werewolves or undead dog soldiers, he shuns the company of Vampires, who he finds un-couth and infantile. It is rumoured that Colonel Vladimir Bayun is over 500 years old and the last of his race, although there could be others (maybe not as old, but still others).

Bayun prefers not to carry a blade (as he is yet to find a sword that is anywhere near as sharp as his own claws) but his finely crafted pistol counts as a flintloque rifle and can do additional damage and fire over extended range without penalty. In gaming terms use the profile for a particularly strong Bog Orc, with a few additions; In hand to hand combat recalculate attacks as two daggers or knife attacks per hand (the cats claws) he is armed with a fine pistol (count as Flintloque and use the Sharp-Shooter profile). The Bayun cannot be tracked as he leaves almost no footprint – not even in freshly fallen snow) and the Bayun will always land on his feet if jumping from height or falling.

He is dressed as a Witchlands Dark Tsar Hussar and is thought of as a ‘dandy’ by those who consider such things (there are few in the Witchlands who think any more about fashion than keeping bits wrapped up enough to stop them falling off). In hand-to-hand fighting he will cat-fight like a lion, but prefers to purr at a distance and allow others to finish-off his sleeping carrion.

The miniature of Colonel Vladimir Bayun is based on a MSB Toys Pigsy sharpshooter with the head from a plastic Monster-in-my-Pocket Chimera and some extensive Milliput and Green Stuff re-modelling work – the Witchlands metal Shako was from my ‘spares box and the tail modelled from a section of paperclip wire. The mini was painted with various acrylic paints following an illustration in the Funchen Napoleonic Uniforms book. He is mounted on a UK 2p coin with the base built up from Milliput and stands 36mm tall (base of boots to top of head).

The following images show how I went about modifying and painting the figure. 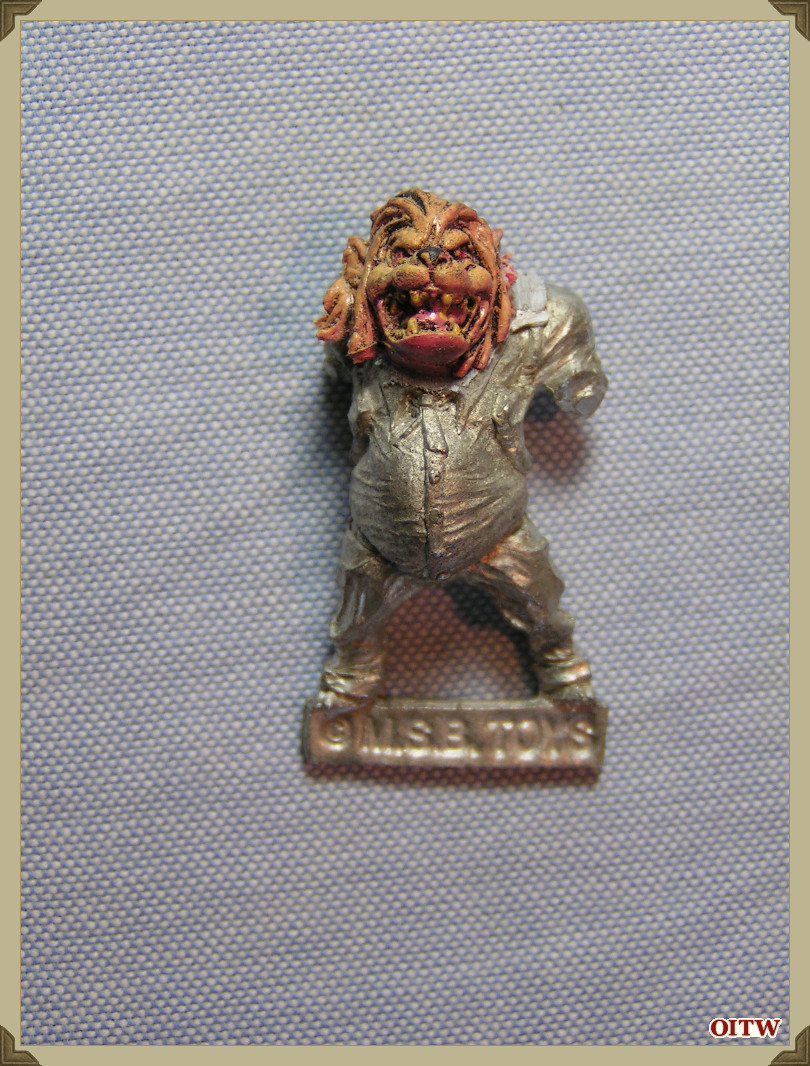 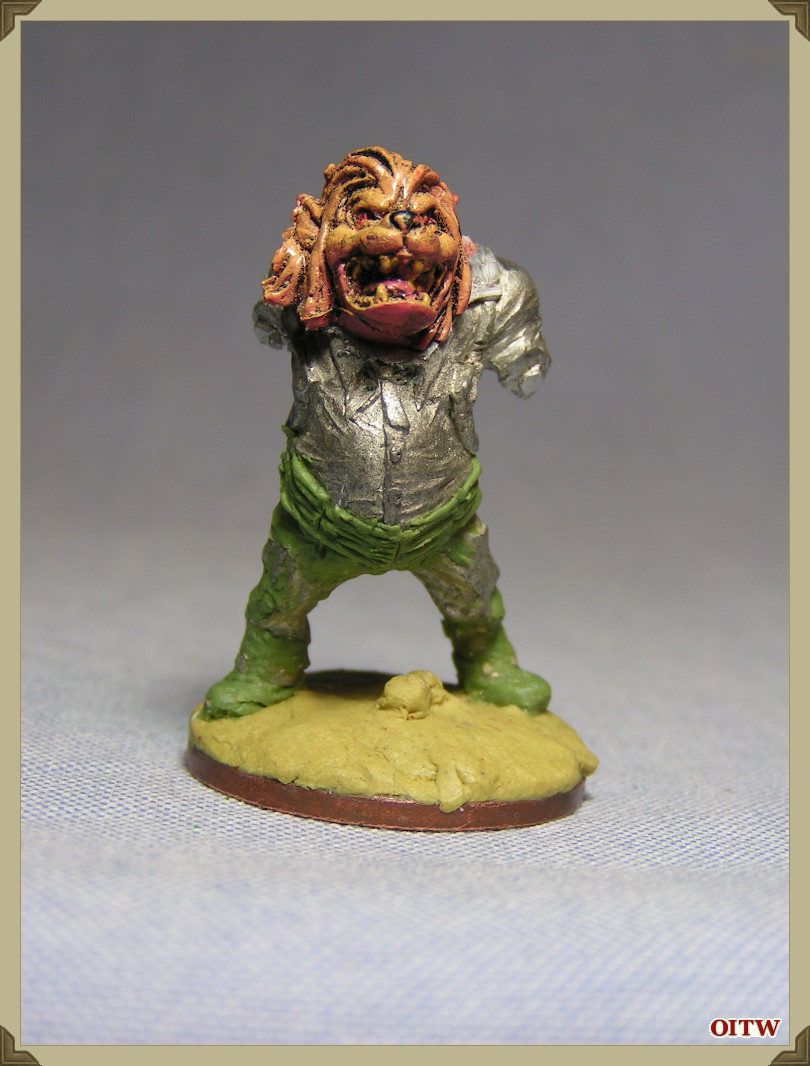 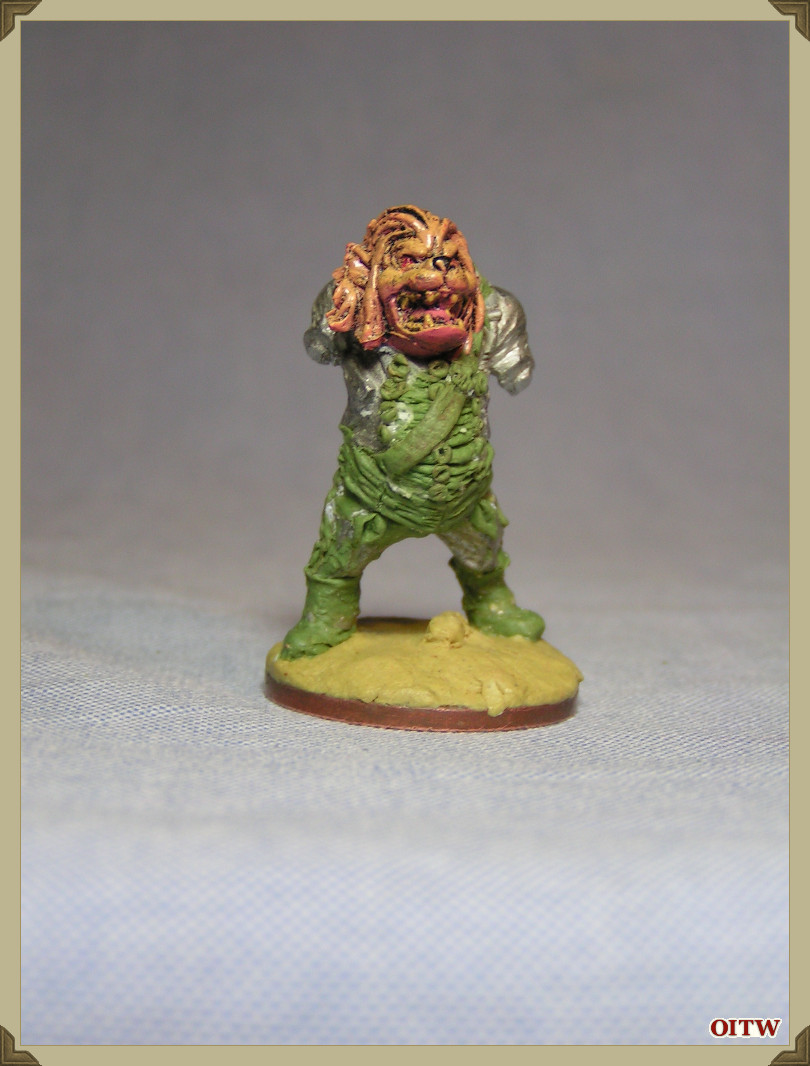 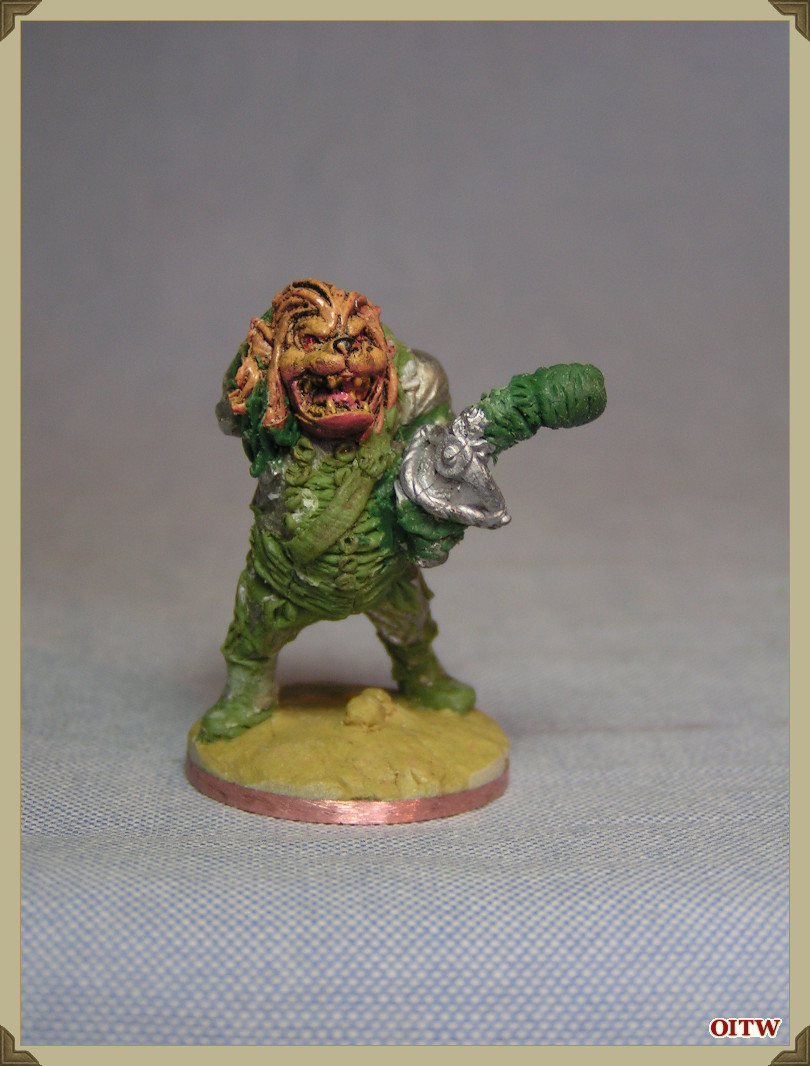 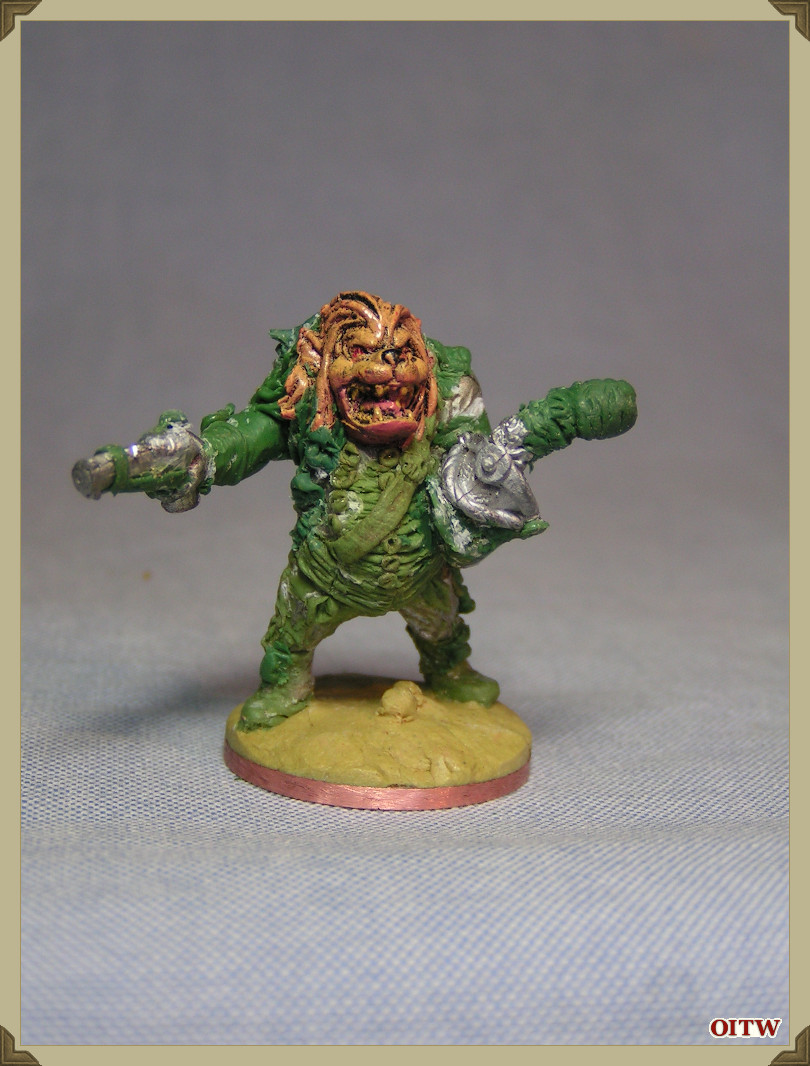 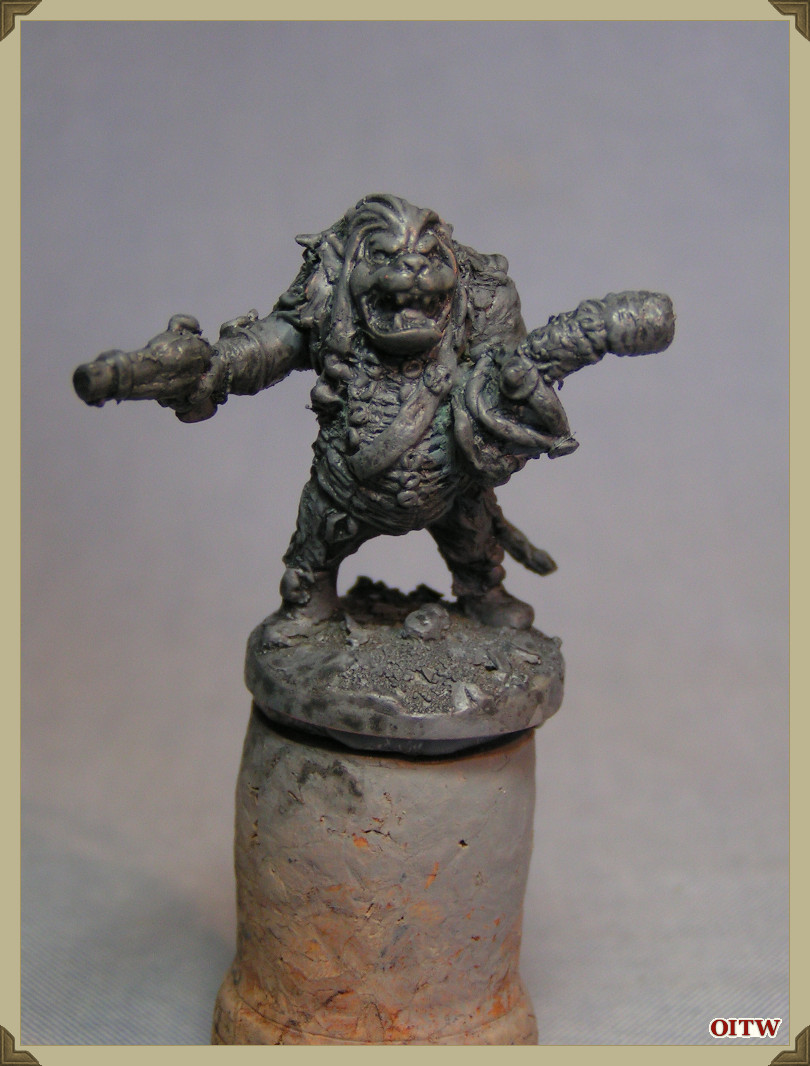 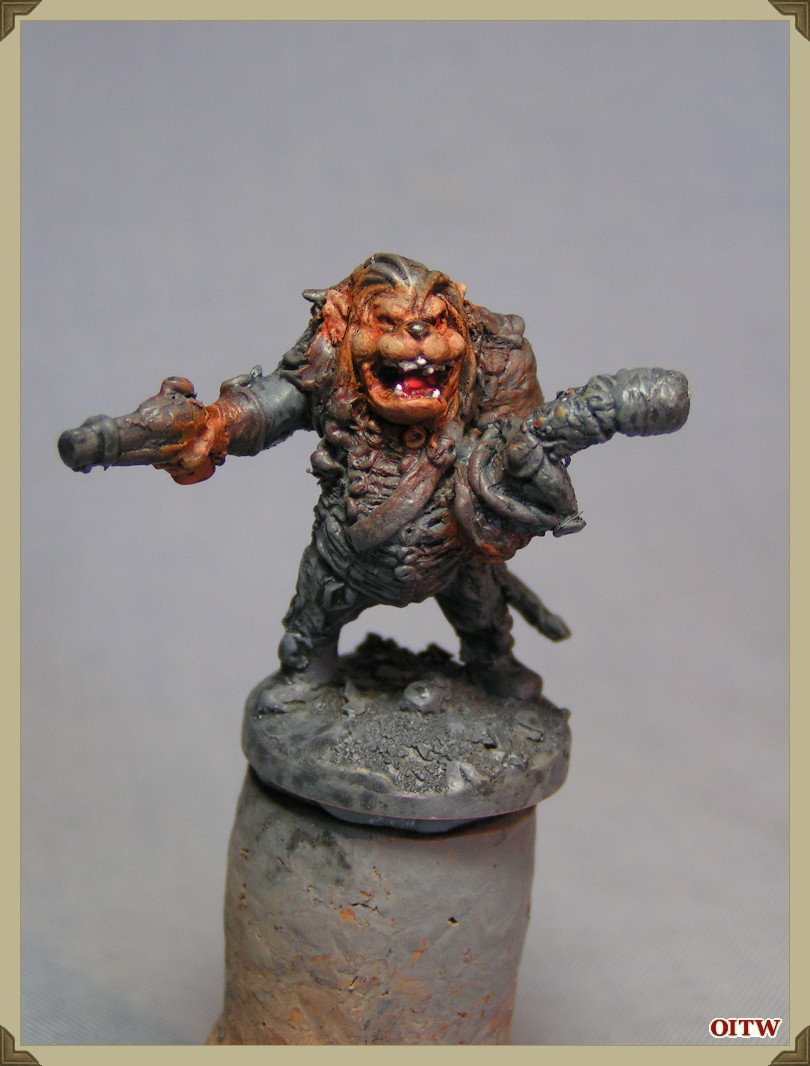 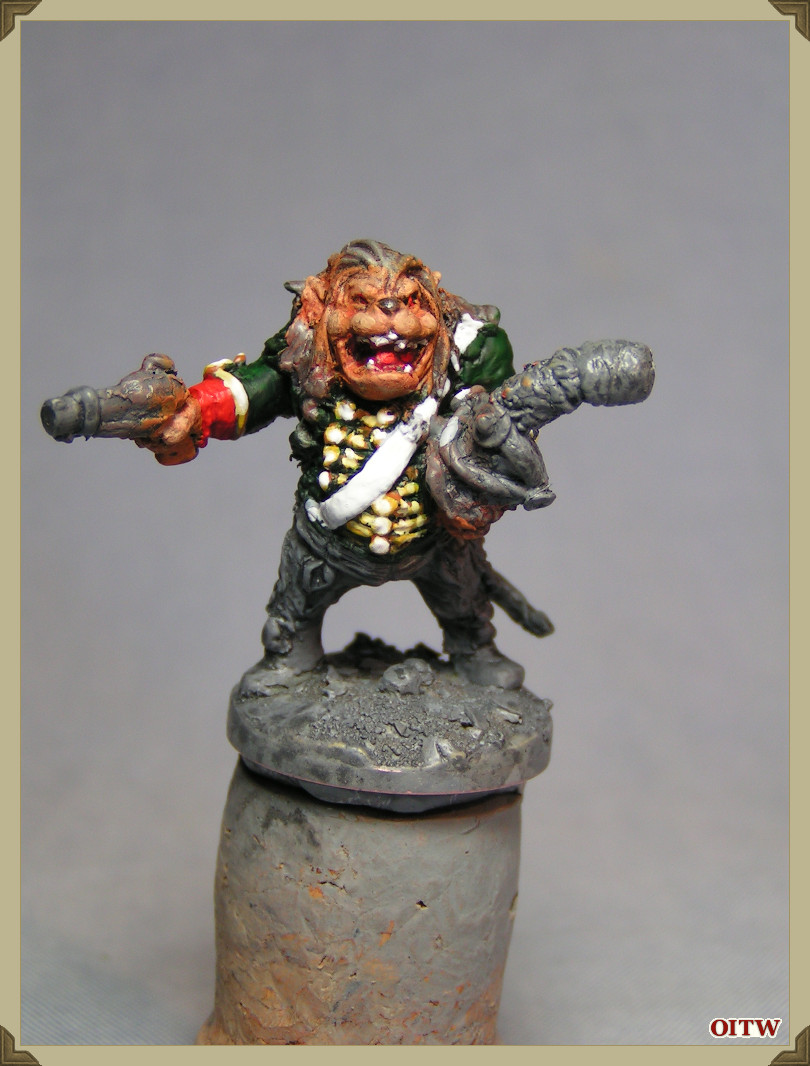 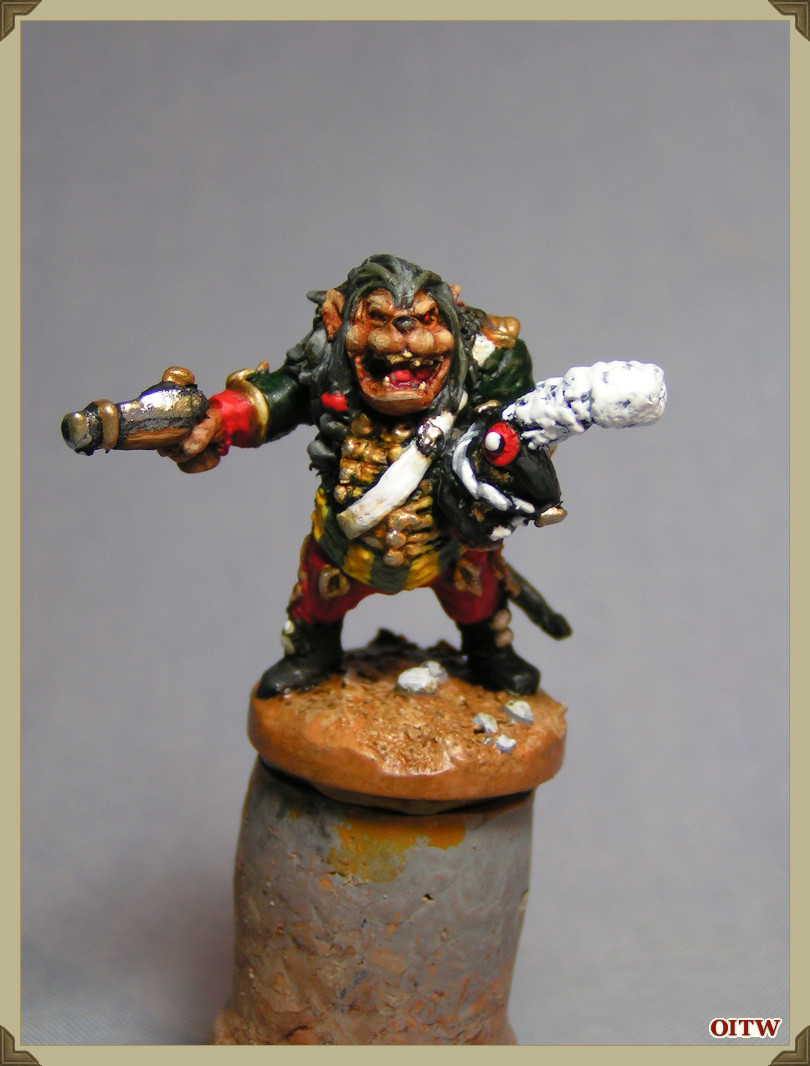 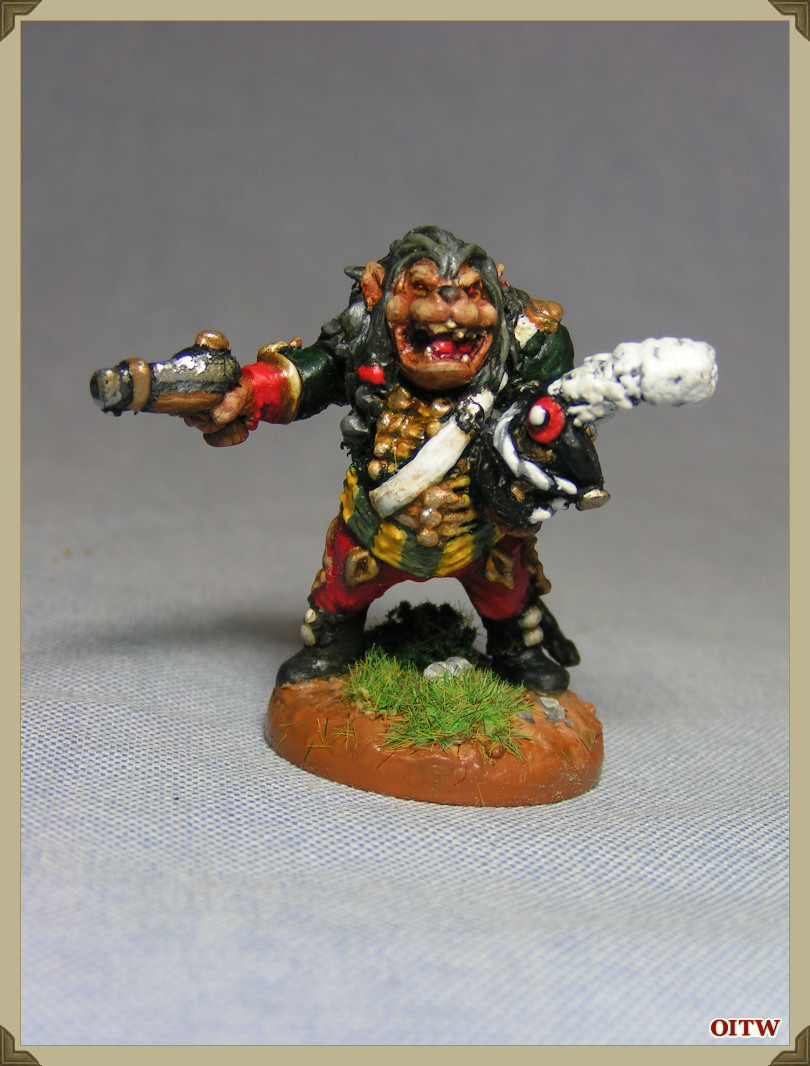 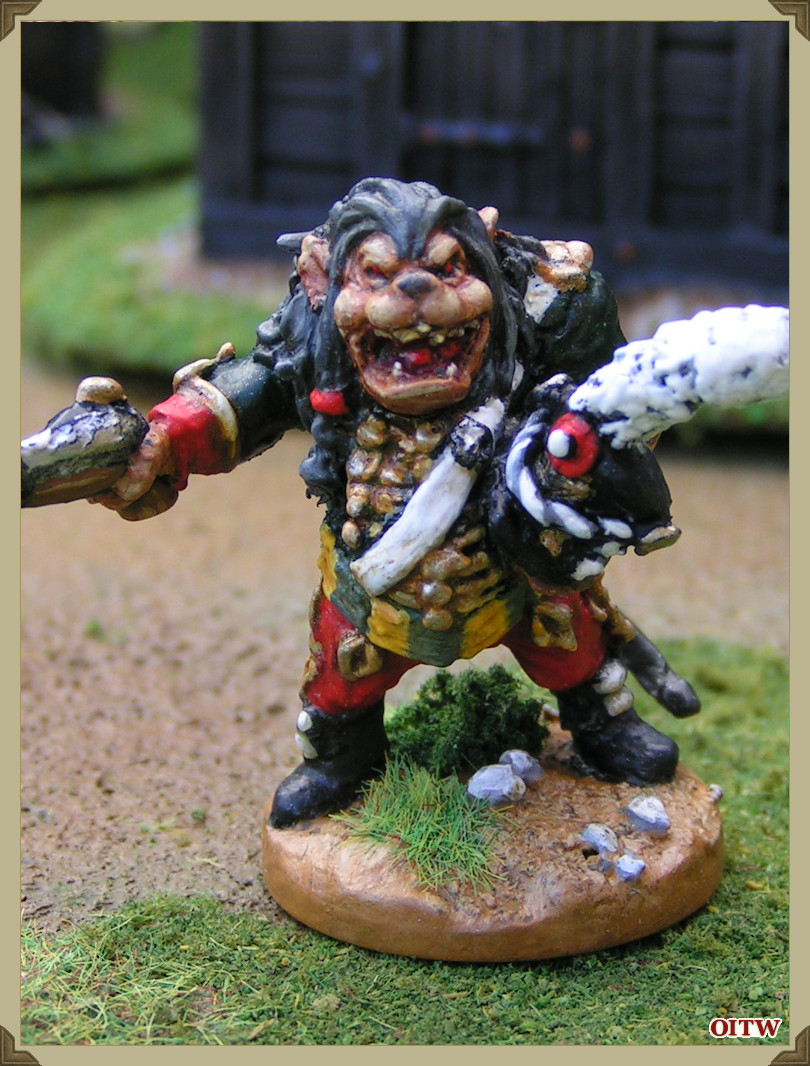 This short story is based on a number of articles and myths detailing old Russian Folk Tales and in particular The Bayun or Grey Cat stories that were found on the internet. I have re-worked the existing myths and added Flintloque references to ‘flesh-out’ this new character and try to keep the dark menace of the original legend. I hope that you like this new Witchlands protagonist as much as I do.

This article was written exclusively for Orcs in the Webbe and was first published on All Hallow's Eve, the 31st October, 2020.

You can read all the previous All Hallow's Eve articles by clicking on his maroon  tag  just below and to the left.