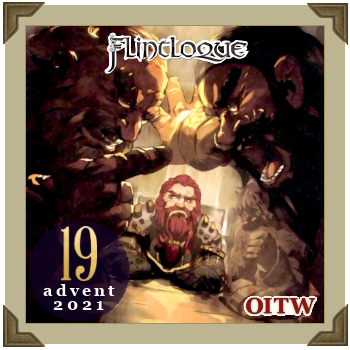 Stoneheart's tale, now in its eleventh year, sees Stoneheart start to rebuild the core of his new nation as he searches for The Confederation...

We spent a week at the goldmine and all set to work including myself in getting much needed gold, at the mine we found and repaired an old cart, and located a cart horse. We filled the cart with gold, then covered it so that those on the road would not notice.

We were still a very small force and would require to grow, however our number had already grown to over a hundred in the first two days, but the issue of how fast and how to keep our presence under the notice of the many armies at war. I had to find the Confederation of Finklestein then take my people to Ureke, our ancestral home.

Avicii spent his evenings providing stories and singing, helping these Dwarfs to remember their history, the more that Avicii spoke the more the others spoke of what they knew. It was clear that so much had been lost, that it was still very alien that women were allowed to work the mine, and bear arms.

It soon became clear that the women were able to hold their own and became more and more vocal about what they felt about the males.

In my time, all shared roles. Men cooked and helped with the brining up of the young, but the young were trained in our ways from birth, each assessed as time passed, some for making of weapons, some as farmers, all were schooled in the art of war, history and art.

I did not speak for a full two days while I reflected on the conversations that were taking place, I worked hard and ensured that no job was not above me, I dug the latrine ditch, mined gold, helped to cook, repaired the wagon, reinforced the axles of the waggon and the wheels.

It was clear that this was not going down well with at least ten Dwarfs in the party, at the end of the second day round the fire I stood. “Why are some of you not happy, we are free, I have a plan to bring you to our great under the mountain fortress Ureke, There in the mountains are pastures to raise cattle and sheep, that we can grown our wealth and strength. We can make fine items and sell wide and far through external traders. We will be well hid and our people will flourish, speak your mind this one night, if you are not happy then leave on the morning light. Should you stay then you will swear your loyalty on Deceit, I will know if any lie and you will die. I have spoken”.

Silence followed, one Dwarf named Taraf spoke “Why should you lead us now that we are free. You’re dreaming if you think the other nations will allow us to live free from them.”

I spoke “Any who do follow me know that they are leaving this world, for once we entre of great city the doors will be closed, we will build anew. I shall set out the rules that the people will follow”.

Taraf spoke again “You upset the natural way, women should be the ones to bring up the small ones, its is not right that a king works beside the people”.

Anger flowed through my veins, I hated this type of conversation, I was no king, I did not want to be a leader, but I could and would not stand by and see our laws that made us so strong destroyed. We had fallen so low, I was sure there must still be Dwarfs I could respect but so far I had yet to meet one, Avicii was getting there but had a long way to go, his standing had much improved in my eyes.

“I am no king, I do not want to rule, when we are in our ancestral home I will step aside and act as a guide to the twenty. The twenty are those that will be selected to guide our people, each of the main groups will have one vote when matters of state need to be decided, no Dwarf may hold post for more than twenty years, each is voted by the people, no one family can be on the twenty in succession, any each and every Dwarf is allowed to put there name forward from the age of sixty. No one is too low to become a member of the twenty, its is through their deeds and actions that they will be voted. This means that women must make up ten  of the twenty. The twenty will be expected to work on behalf of all Dwarfs, later I will set out the things that a member of the twenty should be able to demonstrate. I have spoken”.

Again a period of silence, anger, then some understanding, A female Dwarf rose and came forward her name was Xaneg “So you will not be king, you will not rule us yet you will set the rules that we will be ruled by, what gives you that right, who are you and where do you come from to demand our loyalty. Tell us your history so we can understand, I have never heard of the twenty, only kings and queens. If I believe in your history I will swear on Deceit”.

All seemed to be nodding, I picked up a horn of mead and drank it in one, I drank another and proceeded to eat some cheese and bread. “Not long ago I would have just turned my back and walked away, any that would have tried to interfere would be slayed. I have need to do this one deed or die trying, then I may rest and go back to my time and dream the long dream. For the first time I told my story, I am close to one thousand years old, my body heals any wound, I am a dragon lord, a king in the shadow, a dragon and demon slayer of the first order, a traitor, and a hero. How I had kept the history and lore of dragons and how I came to this time. It was clear to see that many did not believe, so I spoke in Dragon, I spoke of places that they knew but by the names of old, I spoke of magic but most I spoke about how great our people had been. At the end it was very late, I was drained, my story told and heard, at last I said its up to you, swear loyalty and follow or don’t, if you do come and at any point hurt our people through deed or word know that I will kill you. At the end of this week, we leave.”

Xaneg stood and held out her hand and touched Deceit and swore allegiance, as she did I know she spoke truth, a brief movement of her eyes as they went wide for the briefest second knew that I knew as well. The next that came was a Dwarf called Haygur and called out in a loud voice that he to swear loyalty, as he did I understood his lie, he wanted the gold, he wanted power, in that instant, I swung up Deceit and smashed it down hard, he was wearing armour, this was crushed and he went limp.

“I told you, I will know your thoughts in this matter, should you wish power and greed for yourself, should you lie you die, make your choice.”

The situation changed in a heartbeat, we had half a cart of gold and ten of the Dwarfs nearest me charged, it was clear that they were not going to take the risk of failing my test, instantly I was within them, My armour protected me from a axe to the back, unfortunately for that Dwarf his head did not survive Deceit, nearly before any other Dwarfs could react, six were dead, as I faced the seventh and bleeding from a number of cuts he was killed by the others. There was nowhere for the other two to  go and they also forfeit their lives. The rest then came forward and swore loyalty, all with truth in there hearts.

Now we had a start, now we could go forward, we had close to three hundred miles to cover, hide from armies, find a number of treasure hordes, my goal was to get close to five thousand Dwarfs, more if I could. Though the night and coming days many spoke of what the twenty could look like. Now to find the  Confederation of Finklestein for they were a fighting force, although high in number I still had no real understanding of how high.

The above short story is an Orcs in the Webbe original and was published on the 22nd December as the nineteenth entry of the 2020 Advent Calendar.

Jaffa is a long time friend and ex-house mate of mine who has been my opponent in many battles of Flintloque and Darkestorme over the years (although not for some time I am sad to say). At my request a few years ago we transported Stoneheart into the Third Age of Valon, the time of Flintloque, and Jaffa is taking keynotes from Flintloque but making the story of the Dwarves of Valon in these dark ages very much his own.

You can see the previous Stoneheart tales, in chronological order by clicking on the maroon  Stoneheart  tag just below.

* Note that the image from Overlord has been used without permission and will be removed if requested by the artist/copyright holder.