Making his OITW debut Michael White brings us a little something extra for Flintloque 3rd Edition, some special rules governing the accidental starting and spreading of fires...

Designing new mechanics for the Napoleonique games set in the world of Valon is always a treat. This experimental rule will visit the idea of brush and grass fires started by the flaming discharge of flintloque weapons! As with any optional or experimental rule, you should agree with your opponent beforehand when using them in a game. Naturally, you should also use them when fires would be likely and appropriate. i.e. in a dry field of Catalucia and not in a snow-covered tundra of the Witchlands.

As I stated earlier, designing new mechanics for Flintloque and Slaughterloo is a genuine treat, but it is also a challenge - a challenge to come up with something that is original, intuitive, provides new tactical challenges, and is most of all - Fun!

In addition, there is also the purely practical consideration that any new rules shouldn't require a major investment in components. So I've opted to have fire represented by simple dominoes, which anyone should be able to procure inexpensively (if they don't already own a set!) from their local department, grocery, or toy store.

"Dominoes!?!" I hear you cry. "Surely he must be mad!" Well, bear with me, friends, because I think you're in for something unexpected!

What Will You Need?

To use these rules you will need an standard set of 28 dominoes and 2 six sided (with pips) dice. It will also be convenient to have a sack or box in which to place the dominoes. You will be drawing them at random from the sack or box.

How Do Fires Start? 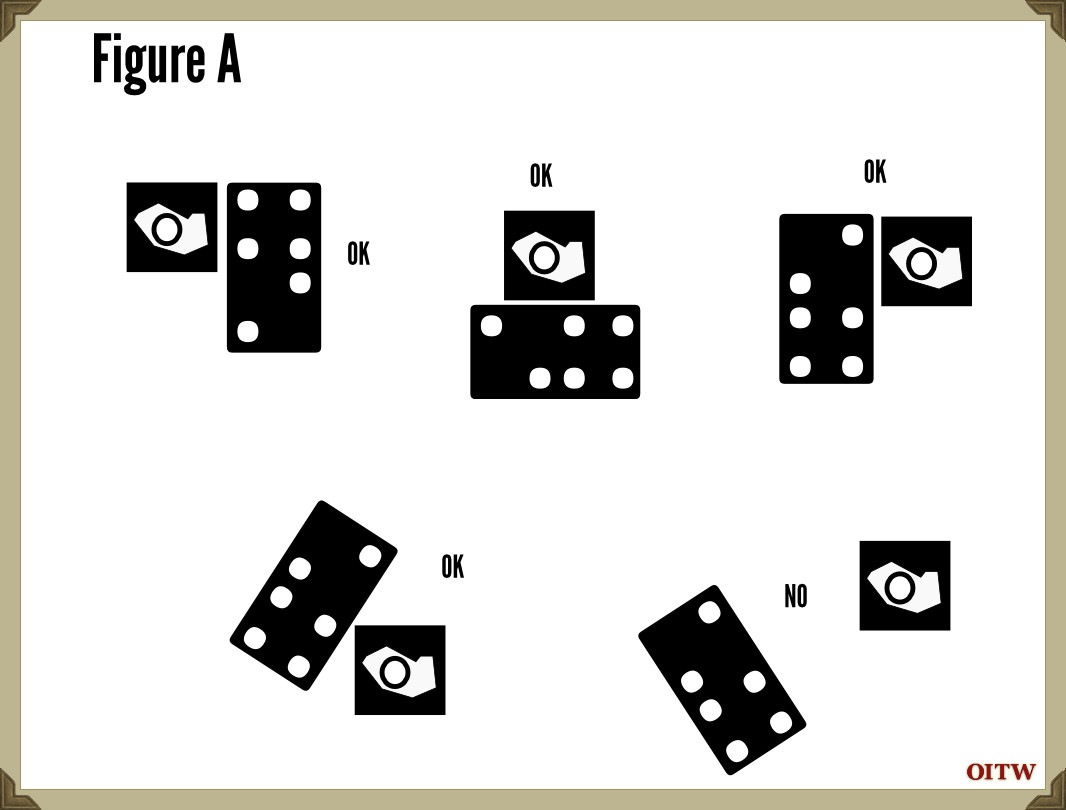 What Does Fire Do To Figures?

Second, any figure adjacent to fire during the Maintenance phase must immediately take a shaken token.

Third, any figure touched by a fire domino during placement of the domino (see "Does The Fire Spread?" below) in the Maintenance phase or that is currently on a fire domino immediately makes a steady check as if he just took a hit of an Impact equal to the total number of pips on the domino.

Right. So that's what fires do.

Does The Fire Spread?

The placing player will now draw dominoes for each domino that shows pips matching both dice on either side of the domino. (fig.B) 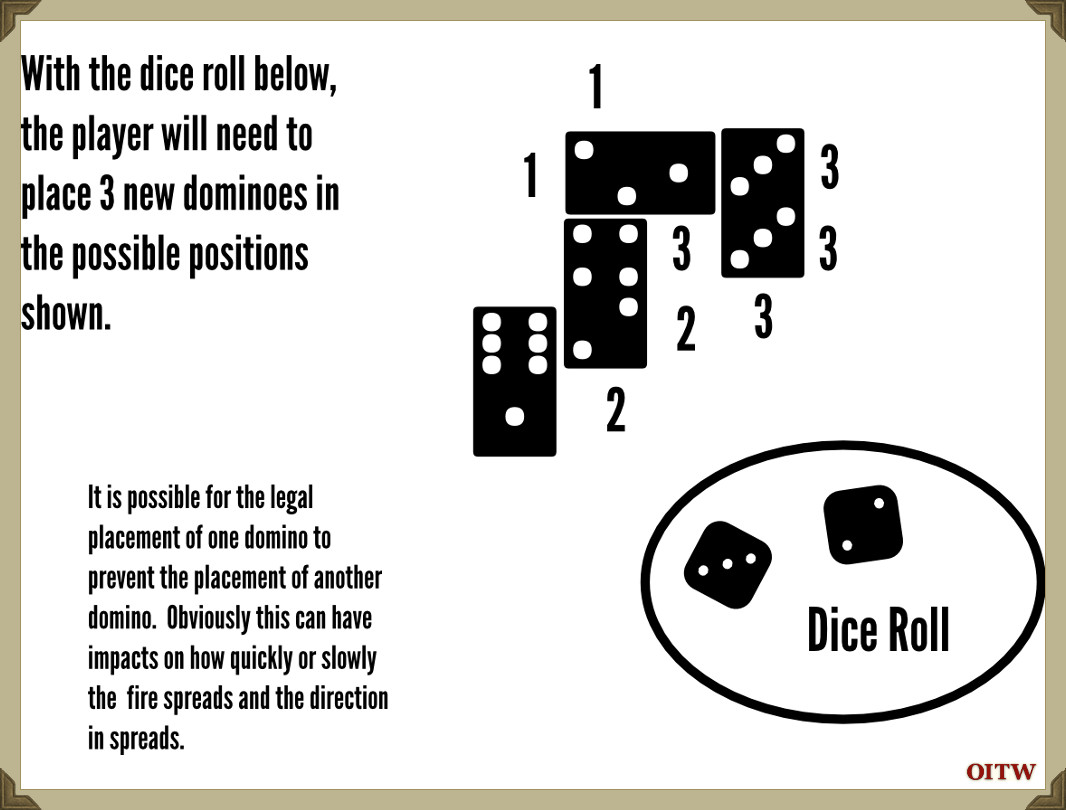 These are of course experimental, so you should use them at your own risk.

You may want to modify them to suit your tastes or add additional details. For instance, what happens when grenades or cannons go off? You might try using the suggestion below: 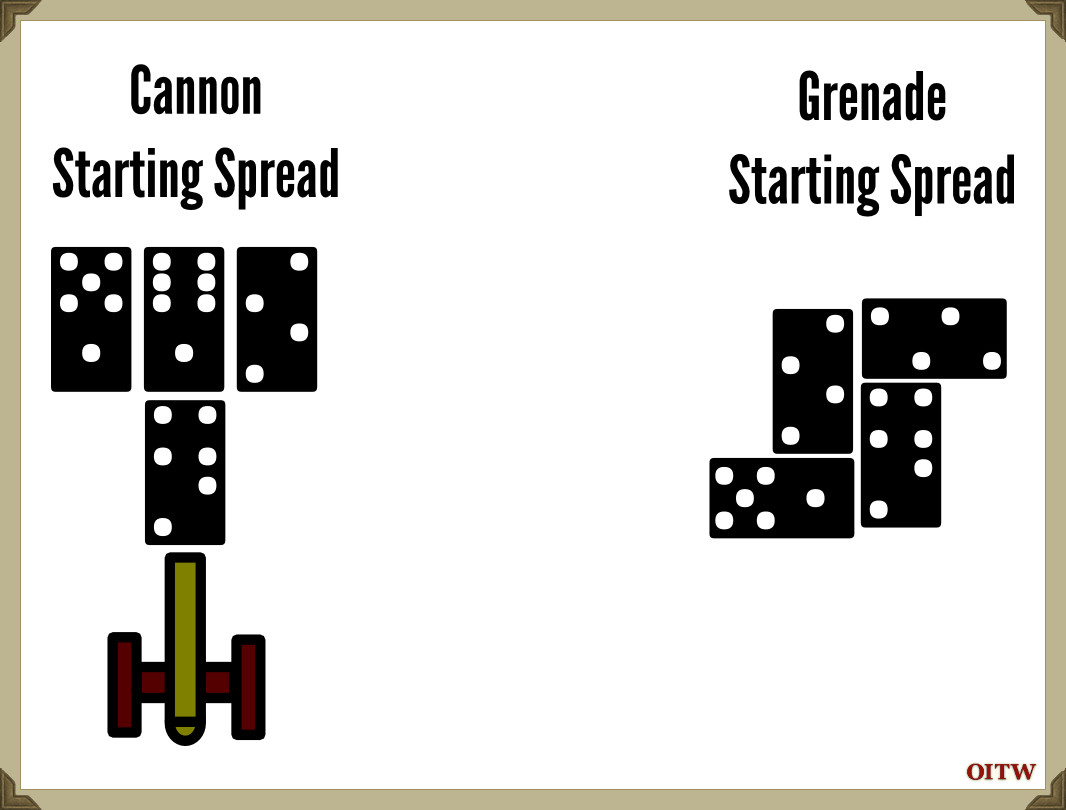 To make things look a little better on the table top Michael has created these great flame markers on which to place your dominoes, simply click on the image below to download a PDF from the Orcs in the Webbe Dropbox with seven of the little lovelies to print, cut out and play. 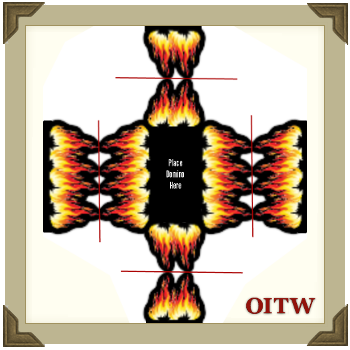 The above rules supplement is an Orcs in the Webbe original and was first published on December 15th 2017 as part of its 2017 Advent Calendar.

You can order Flintloque from Alternative Armies by clicking here or on the big AA graphic below. Once there click on the little magnifying glass icon in the top right to use thier excellent search feature to find the products you want.