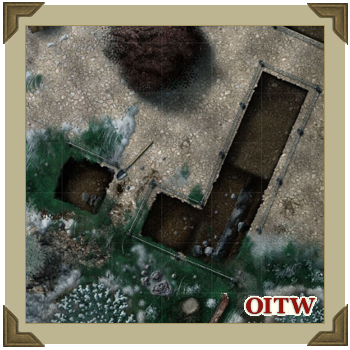 The Notables Club of Mudfayre?

The young Ferach Elf student trembled despite trying to be a still ]as she possibly could. From her lips a small rolled up tube of dried leaves, Jamcaky pipeweed, balanced precariously as she tried to push it as far away from her lips as possible without dropping it. To her right a sibilant East Valonian voice spoke calmly, “As long as you don’t move Miss Beauchamps, you won’t get hurt.” The voice paused, “Maybe.”

The owner of the voice held his breath ever so slightly and flicked his wrist in a practiced motion. The end of the whip he’d been holding shot out causing a resounding crack that filled the room. Miss Beauchamps’ eyed narrowed, focusing on the end of the cheroot, it having been cut cleanly in half by the bullwhip. A bead of sweat rolled down her forehead and she swooned, falling to the floor with a thump. Her tutor, famed Archaeologist and treasure hunter Gobliana Joonz, turned to face the rest of the shocked crowd of astonished faces of his class.  “And that is why you should not try to skip my class to go smoking behind the building.” A bell sounded, signalling the end of the class and Gobliana couldn’t help but notice that his twenty or so students from myriad races across Valon were packing up slightly faster than normal. “Don’t forget, Chapters three through four for Wednesday.” He was pretty sure no one would forget.

As the students filed out he heard a few half mumbled excuse me’s and pardons in a deep rich Albion accent coming from the middle of the flow of people leaving the room. As the number thinned he saw the slightly sweaty and befuddled, not to mention monocled, face of Orcus Broady, his dear friend and employer here at the city of Londinium university.

“Orcus! Good to see you! What brings you down from your plush office? Checking up on discipline levels?” Gobliana half joked as he helped up the woozy Miss Beauchamps, with assistance from a young Dwarven friend of hers. Orcus looked at the girls, the whip and sighed, removing his monocle and polishing it in a smooth movement Gobliana had seen literally hundreds of times.

“No, no, nothing like that.” Said Orcus, shaking his head, “I think we might have a problem with the Notables Club..."

It is a well known fact throughout all of Albion that a well to do gentlebeing in the capital city has a keen interest in archaeology. It is in fact expected of such gentlebeings (along with beekeeping, a love of port and reminiscing about days past). The Notables Club in Mudfayre is one of the more esteemed establishment for such gentlebeings (although not the only one by any means) and as the weather has gotten a tad milder the fine upstanding members have organised an archaeological dig with the aim of filling some of the dusty display cases in the smoking room with some new finds.

There are many fine and distinguished members of Londinium's famous Notables Club. You can use any character miniatures you wish to represent them although the higher the points value in the rulebooks (or the excellent Flintloque supplement, "The Rarest Tin") the better.

Gobliana Joonz - Orc archaeologist from Eastern Valon; wears an old worn fedora hat and carries a lashing bull-whip as well as a pistol and a knife.

Sull-ah - An old friend of Gobliana's from Aegypt. He is a jovial Othari with many contacts and has been known to break out in a loud song on occasion.

Orcus Broady - Professional friend of Gobliana’s who runs the ancient history and archaeology department at Londinium University. Not much of a fighter, Orcus does have a knack for getting out of tight spots just by dumb luck.

Wart Hound - Gobliana caught this young Ostarian orphan trying to pick his pocket while doing some research in Palzburg. Instead of turning the pimply pup over to the authorities, Gobliana used his skills to aid him in the apprehension of The Number One Ring. Now on occasion he brings “Warty” along for an adventure.

You should arrange whatever scenery you have to make things look like an archaeological dig. Some tents, trenches, a few tables, backfill piles etc. If you are stuck for scenery you can download a rather cracking map by Robert Christiansen that actually inspired me to write this scenario in the first place. It's completely free from DeviantArt, just click on the the link below: 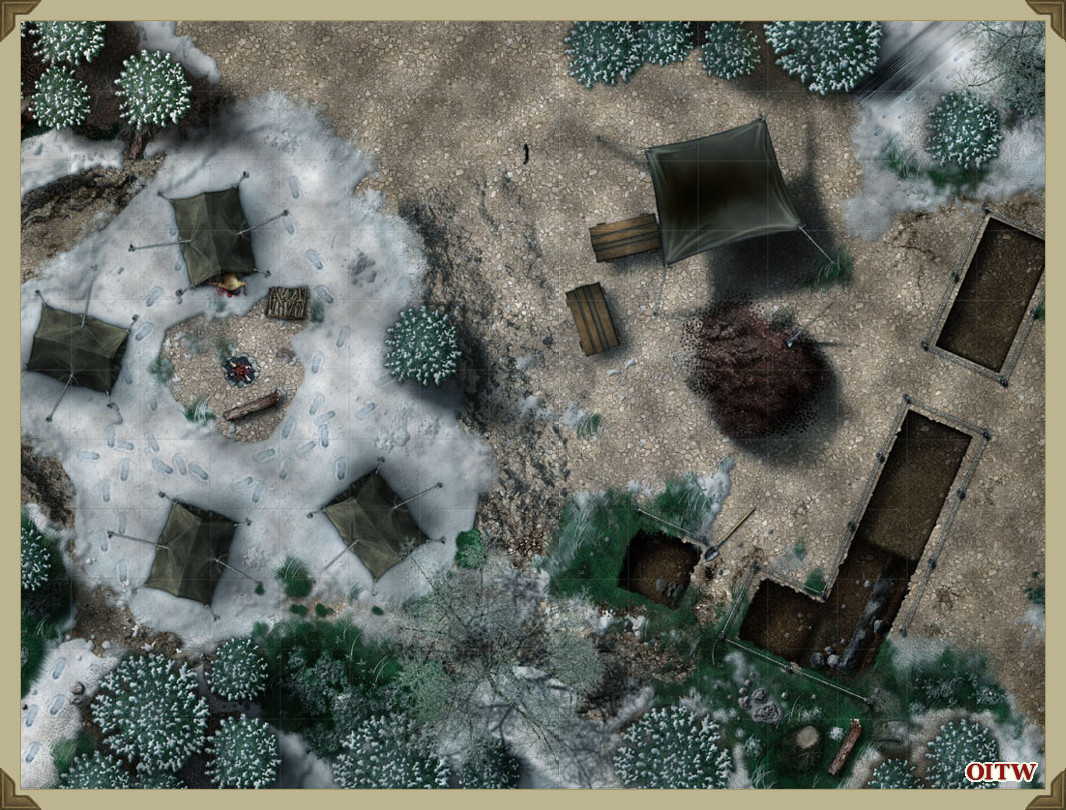 The Notables can begin at any place they wish having been at the site for some time.

Joonz and his compatriots roll 1D6 at the start of each turn. If they roll equal to or under the number of the current turn they may deploy at any table edge they wish.

The Notables are there to find relics and bring them back to display in the smoking room of the club in Mudfayre.

The team from the museum are there to ensure that all relics found go to the right place... Namely their own dusty display cases rather than those 'hidden' away in the Notables club.

Archaeology: During the course of the scenario any member of the Notables or Joonz' team who starts thier turn in a trench can perform 'Archaeology' as a Special Action to see if they uncover any relics. Simply roll 1d100 and compare to the following:

If a relic is found then place a token or miniature representing the find next to the character who found it.

Joonz is immune to this rule having been handling precious artefacts in the most ludicrously dangerous of situations for years.

Damaged Goods: Moving rare and valuable relics is something only the most highly trained should attempt. However that fact is not often thought of by those tasked with collecting such relics. Any character moving at more than Slow March has a chance of breaking the relic. Roll 1D10 and add the extra number of cms moved. If the total is over 20 then the relic breaks, lost forever.

Sketching Relics: As well as collecting  Relics, many gentlebeings (oft through physical experience rather than enlightened learning) realise that relics usually break when handled-. As a result they both realise the need for, and enjoy rather more than a grown gentlebeing should,  the sketching of relics. Instead of risking moving relics that have been discovered the Gentlebings of the Notables club can sketch a relic. Each turn they are sketching place one token next to them and roll 1D6. If the total rolled is equal to or less than the number of tokens they have they have completed their sketch. The sketch counts a relic if taken off the board as per the normal scenario rules without the risk of breaking it.

As with any Flintloque scenario a series of random events that can occur during the game can liven things up a tremendous amount. They can be controlled by the Umpire (if you have one) or appear if a double is rolled for activation. Below are some ideas for you to use in your game:

Protesters: A group of 1d6 Chelsea Pensionorcs arrive on site to protest the damage being done to there plot of land.

Lunatic: A recent escapee from St Mariorc of Barfleham Hospital (commonly known as Bedlum) arrives to cause mayhem for all.

Weather: Whilst things started off calm this is Albion and the weather can easily change. Grapeshotte has full rules for variable weather.

Cattle/Wildlife Arriving: The dig site is close to the outskirts of Londinium where many creatures are kept by both farmers and enthusiast alike. A small herd of domesticated Dodo could wander through as could a tamed

An unauthorised dig such as this one is, according to the law of the land, somewhat illegal.  You could field a small force whose goal is to arrest as many people on the site as possible, stick them all in a wagon and let the courts sort it out later. These could be members of a local watch or even some  Rumblers from Bone Street.

Relics such as those sought by the Notables Club (and Gobliana) are very valuable and many nefarious elements throughout the city of Londinium are aware of this somewhat public archaeological dig. You could field a force along the lines of a deserter band and set them

My special thanks go to Danny O'Hara and W. Lawson for creating the Valonian characters of Gobliana Joonz/Diggenuptha Bones and his allies.

"Gobliana Joonz and the Notable Dig" was written exclusively for Orcs in the Webbe and was published on the 20th December 2014 as part the 2014 Advent Calendar.