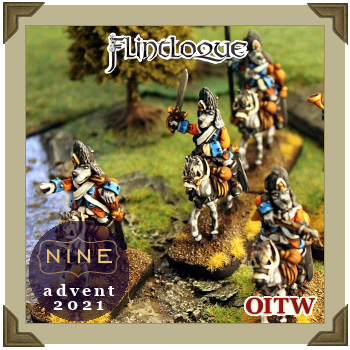 The battle of Osterblitz has been lost. The fate of the Ostarian Empire hangs in the balance. You must guide an Ostartian Aide du Camp, one of twelve despatched, across a land filled with the Dwarves of Beervaria all intent on stopping him.

Though it was leagues behind the small group of Dogmen atop their powerful horses, the massive plumes of smoke and the smell of battle were still large in the lightening sky.  The battle of Osterblitz had been lost and now the fate of the Ostarian Empire hung in the balance, with more than a dozen small patrols just like this one.  As the day before had ended and more than sixty thousand white jacketed Dog soldiers had laid dead on marshy ground Arch Chancellor Mutternicht called to him some twelve of the remaining veteran Aides that he still possessed.

As the horses began to steam off the sweat on their flanks, the fight from the field of battle had been rapid, Major Von Wagge thought back to the meeting with the tired Arch Chancellor in the dusk of the night before.  He had arrived at the command tent as quickly as he could, his escort of dragoons galloping behind.  The Major had been met at the elaborate entrance to the grand tent by the Chancellor himself, a testimony to the urgency of the situation, with a bundle of packages one for each of the arriving twelve aides.   Saluting the Major had taken the package offered to him, and then frowned at a lack of the imperial seal on the paper's outer wrapping.

The Chancellor had caught that frown and explained rapidly that the Emperor himself was indisposed to sign the orders and that he as second to him in that office had taken on the duty willingly.   Sitting high on his saddle the Major could see over Mutternicht and into the tent behind, it was lit by many lamps and in its midst was a large table with a map upon it.  The Emperor Klaffenhunde, his immaculate white fur coming loose from its ribbons and bows, was cheering and offering champagne to a group of terrified looking field commanders.  The map on the table was littered with smashed up Elven battalion markers and not a single Ostarian marker was toppled out of place.

With a growl of anger the Arch Chancellor called Major Von Wagge's attention back to him, he repeated that the Emperor was indisposed and that all events witnessed here were secret and not to be retold.  The Major saluted and assured Mutternicht that the package would be delivered to the commander of the 3rd Feldsgruppen some seventeen leagues to the south without fail.  It was then as the Arch Chancellor passed out the other packages that the Major himself was gripped by fear.

The Emperor came from the tent and began to give his warmest congratulations to the assembled aides and called for a servant to bring wine for them to toast the magnificent victory.  He seemed unaware of the carnage in the ground ahead, of the huge piles of dead and dying and ever encroaching Elven columns that even now closed on the rearward imperial camp.  Mutternicht swore loud and openly which shocked the Major and then without waiting for his Emperor's permission barked orders for the aides and their escorts to depart now and without delay.  As Von Wagge has turned and his champion steed had thrown clumps of wet tuft into the air with its rapid acceleration to gallop he heard the Emperor calling after them:

'Gutt, Gutt, mine Doggies, go and fetchen me zat flea riddenz Elfen Mordred unt to me!'

Now at the Major and his escort began to trot into the valley that separated them from the smoke ridden field of Osterblitx and the orderless encampment of the 3rd Feldsgruppen to the south he shivered.  The orders must get through and he would give his life for that goal but for what good would it do... for the Emperor was mad... Ostaria was led by a lunatic

This game of Flintloque uses an Alternative Armies scenario method known as 'steeplechase' in which the characters involved can be randomised and the terrain for the game is also randomised and removed / added to during play.  While the forces of the Ostarian player are set, the forces of the Dwarf player are random and are played as they 'pop up' in the course of the game.  The gaming table is made up of three 'tiles' each of 60cm length and 60cm width ( two foot square), these are laid out and scenic items upon them are rolled for before play begins (see special rules).  As soon as the last movable Ostarian character passes out of the first tile it is removed, as soon as they pass out of the next tile it is removed and so on.  Any and all terrain and Dwarf miniatures are removed from play at this point who were on the removed tile (this includes any Ostarian characters who have lost conciousness or died; or in a callous fashion the Ostarian player choses to leave behind!).  Using the special rules for tile and enemy creation here as soon as a tile is removed create another to add to the end of the initial three tiles, do this again for a fifth and finally a sixth tile.  This means the Ostarian player has to cross six tiles of enemy infested terrain to complete the game.  If a Dwarf character passes from their tile of origin and remains in play then they continue in the game in pursuit.

Initial set up should for terrain tiles be made using the special rules here and the Ostarian player should set his characters up within 5cm of each other and the starting edge of the first terrain tile.

Keep going, don't stop.  You must complete your journey and cross the enemy infested landscape; protect the ADC.

The game lasts until one side has reached its victory conditions.

Victory is achieved by the Ostarian player if the ADC exits the edge of the sixth and final terrain tile.  Victory belongs to the Dwarves if they manage to prevent this from happening.

Roll a D100 when prompted and place the resulting forces in the required place on the table.

This is a 'steeplechase' scenario of the type used in the infamous AA in-house 2005 'Oh, to be in Cesspittenshire for St Sywithorcs Day!' mega Christmas game.  That means some unique rules to be used.  Follow standard Flintloque rules at all times except for those cases listed below.

Terrain Tiles and Set Up

The gaming table is made up of three 'tiles' each of 24 inches length and 24 inches width ( two foot square), these are laid out and scenic items upon them are rolled for before play begins.  As in the Set Up rules only three tiles can be in play at a time, as soon as the last movable Ostarian character has passed into the second tile from the first and so on that tile left behind along with all miniatures and scenery on it is removed from play and another tile is added to the end of the tiles in play until the sixth and final tile is placed.  There must always be three tiles in play.  Each tile is set up as follows.   Firstly roll for its type;

9 Hilly tile (the whole tile has a natural slope upward from entry point, which means a reduction in all uphill movement of 20%, and an increase of 20% in all downhill movement)

10 River tile  (this tile has a shallow stream, 5cm wide, running over it, this can be forded by mounted characters as Difficult Terrain, but not by characters on foot.  There is a narrow wooden bridge in the centre of the tile spanning the water, wide enough for two mounted miniatures abreast)

5. Three bushes placed within 3cm of each other.

6. Four Trees placed within 5cm of each other.

8. Small Pool (irregular no wider than 10cm and no longer than 5cm) cannot be crossed, must be rode around.

9. Small Building (foot print of no more than 8cm square).  This must be rode around.

Once the Scenic Items are placed on each quarter of the tile then roll again for each quarter (Dwarf Player) and on a 5+ then you may roll on the Random Generator for Beervarian forces and place the resulting troops anywhere within 5cm of the edges of that quarter and 3cm of each other.  They may then move and act when activated.

Your mission is to survive the ride and for your escort to protect you in doing so.  This means riding from your starting position on the first tile all the way to the last edge of the sixth and final tile.  As soon as the ADC dies or passes over this edge the game ends.  Your characters are all given the 'Load on the Trot' skill which means they may fire their weapons at a Run / Gallop speed with no penalty and may reload all pistols and carbines in one turn on horseback moving at a Trot or less.

A mounted character may give another friendly character their mount for a cost of one action or they may elect to carry another rider which reduces all mount movement by 50% per band.

This special Flintloque scenario was written for the good folks at Orcs in the Webbe by us at AA. Penned by Gavin Syme, creative manager of Alternative Armies and head of the World of Valon and Flintloque since 2003.  Those of you fellow gamers who were witness to (at one or two UK Wargames shows) the infamous 'Oh, to be in Cesspittenshire for St Sywithorcs Day!' Flintloque mega Christmas game of 2005 will recognise the Steeplechase scenario format.  While this little ditty lacks the wholesale carnage and Albion inspired 'By Jovve!, that's me own nag!' of that scenario it retains the fun.  We recommend if you are the ADC Ostarian player that you go at full tilt and keep the ADC in the middle of your formation, only stop once for any wounded or pick ups or reloads.  Don't let the short bier lovers gang up on you.

This scenario was written with Alternative Armies second Very Limited Edition Miniature, the Ostarian Aide de Camp, in mind but if you are not lucky enough to own one (as they have now sold out) you can easily use a proxy. There are currently no dedicated Ostarian Dragoons in the miniature range but a section of five Dog Hussars (56509) with added carbines will do nicely.  For the Beervarians use Beervarian Line (52013) for the Line infantry, Dwarf Landwehr (52504) for the Militia, Krautian Unhlans (52501) for the boar mounted troopers and lastly any of these Hunvarian Legion Voltiguers (56090, 56091, 56092, 56096) for the Ogre trooper.  Check the Alternative Armies website for these codes.

An Orcs in the Webbe Original! “Cross Country Canine Chase” was originally published on the 17th October 2008.

It was absent for several years due to a prior regeneration of the website not transferring everything over correctly, the wrong has now been righted and it returned as the ninth entry in 2021's Advent Calendar as is, of course, part of Orcs in the Webbe's ongoing Flintloque Archive Project.