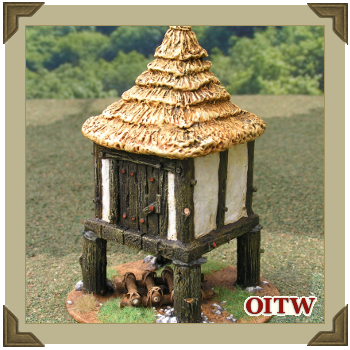 In another cracking Modelling Masterclass Tony builds a unique halfling structure using a variety of techniques that can be used to build Dark Age or Fantasy inspired buildings.

Click on any image below to enlarge it. - Craig, OITW Editor.

Back in early 2013 I produced three Halfling Roundhouses for the then recently released Pax Bochemannica game from Maveryc Games. These three roundhouses later appeared as a modelling tutorial in the April edition of Miniature Wargames - issue 360. 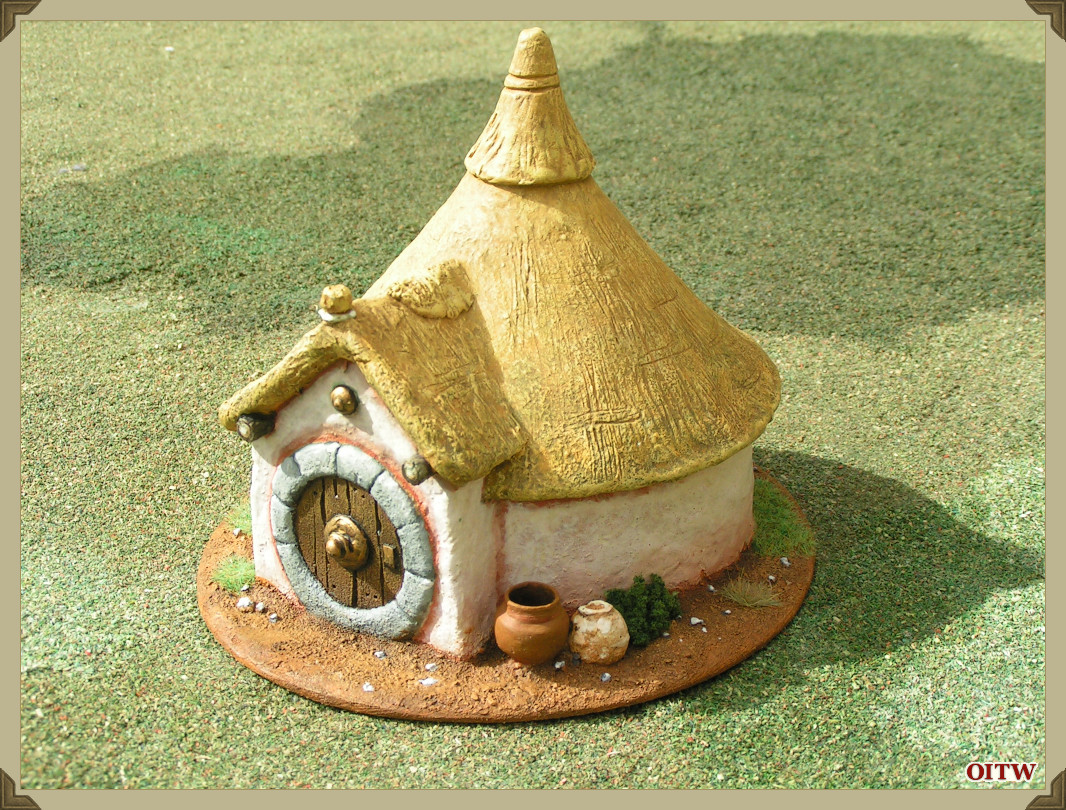 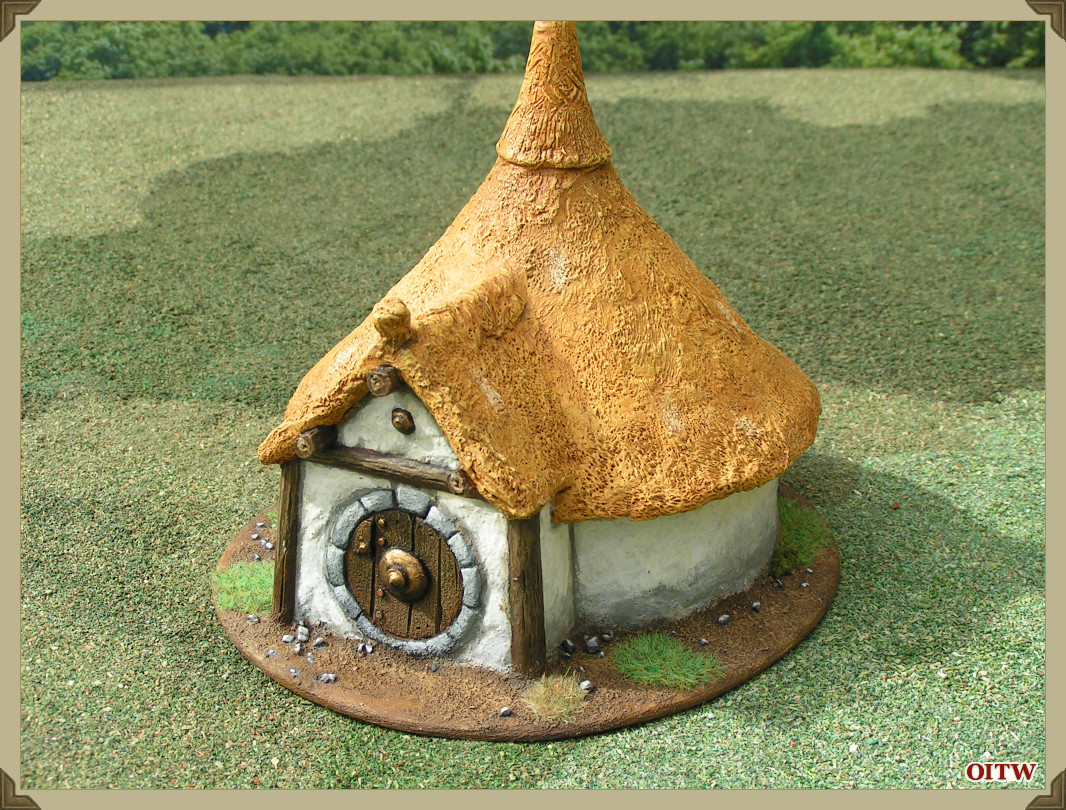 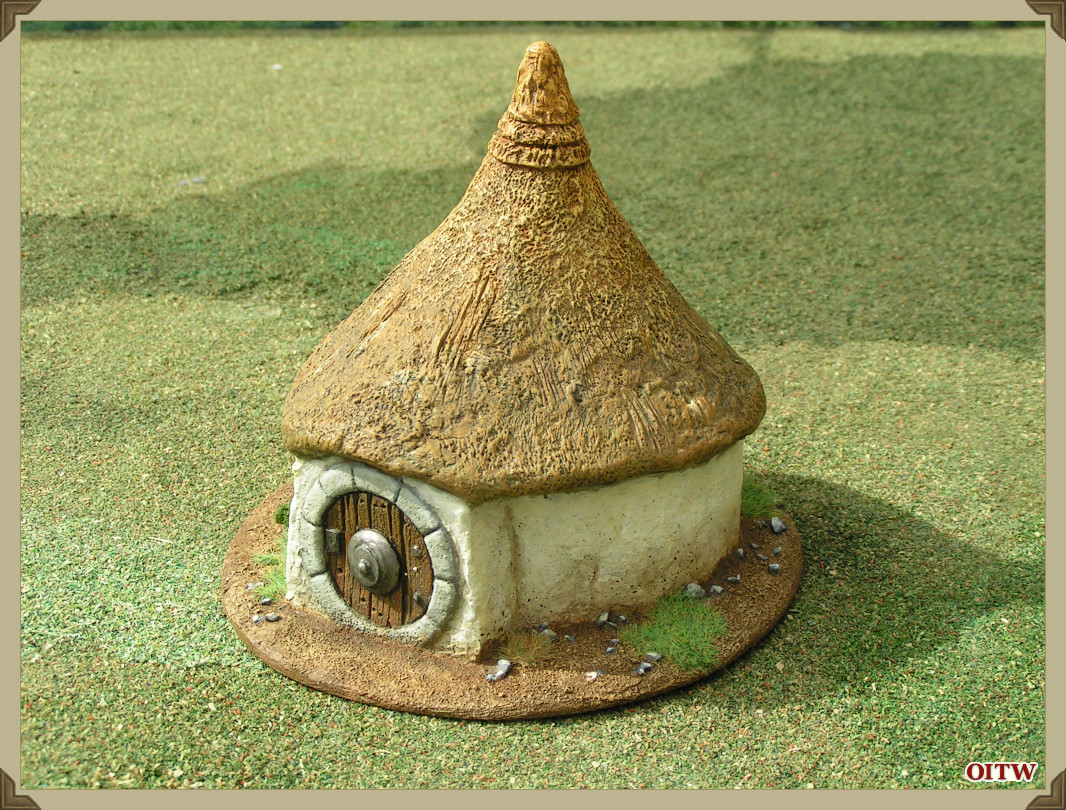 However at the same time I also modelled a raised grain store with a thatched roof and it is this model that is the subject of this quick Masterclass tutorial. 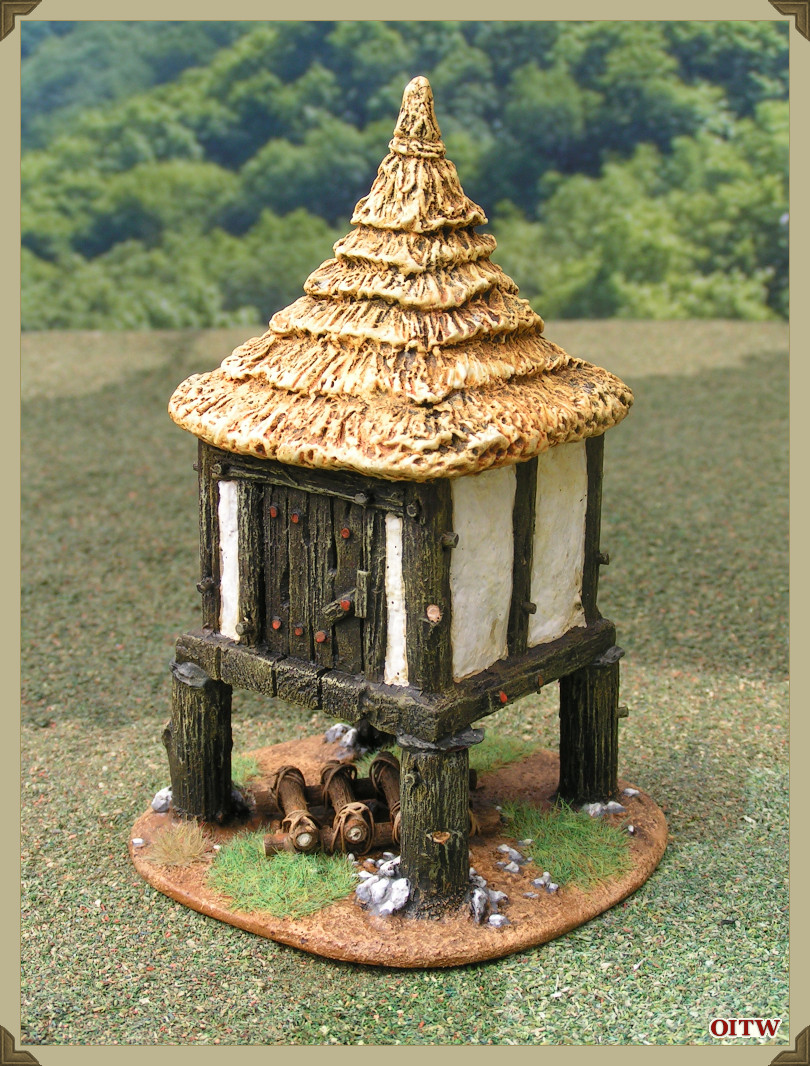 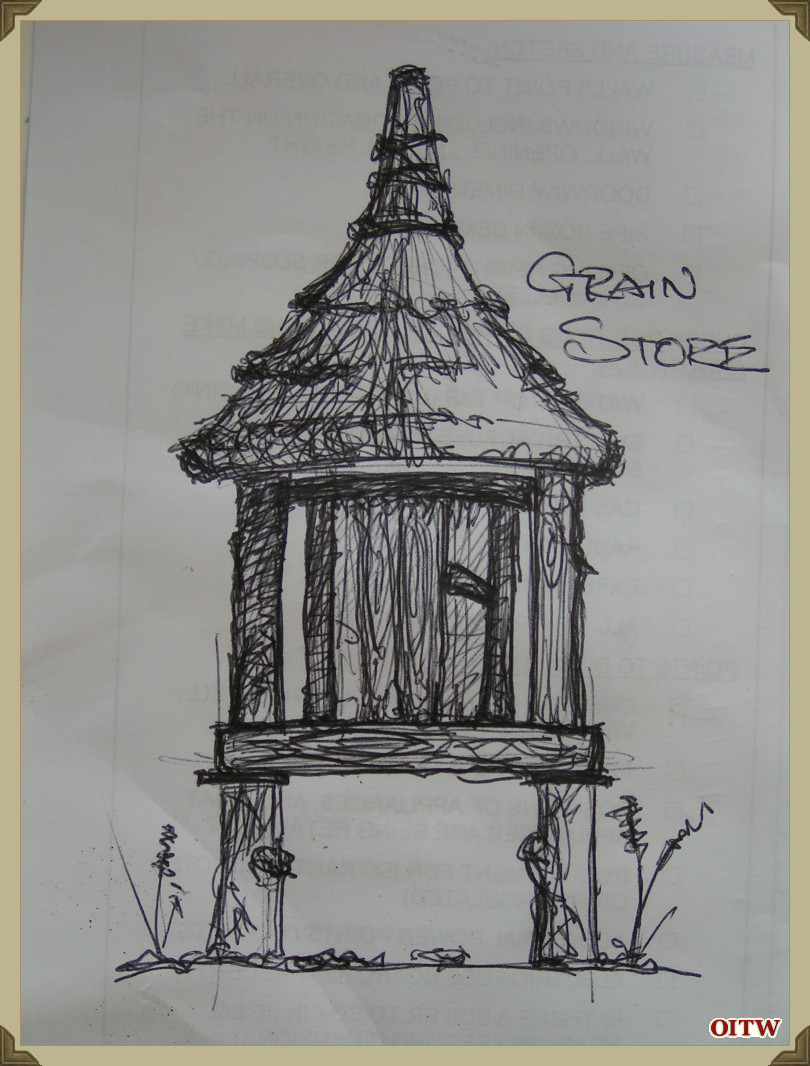 I started with a sketch of a small raised grain store – there are many similar images available on the Internet. 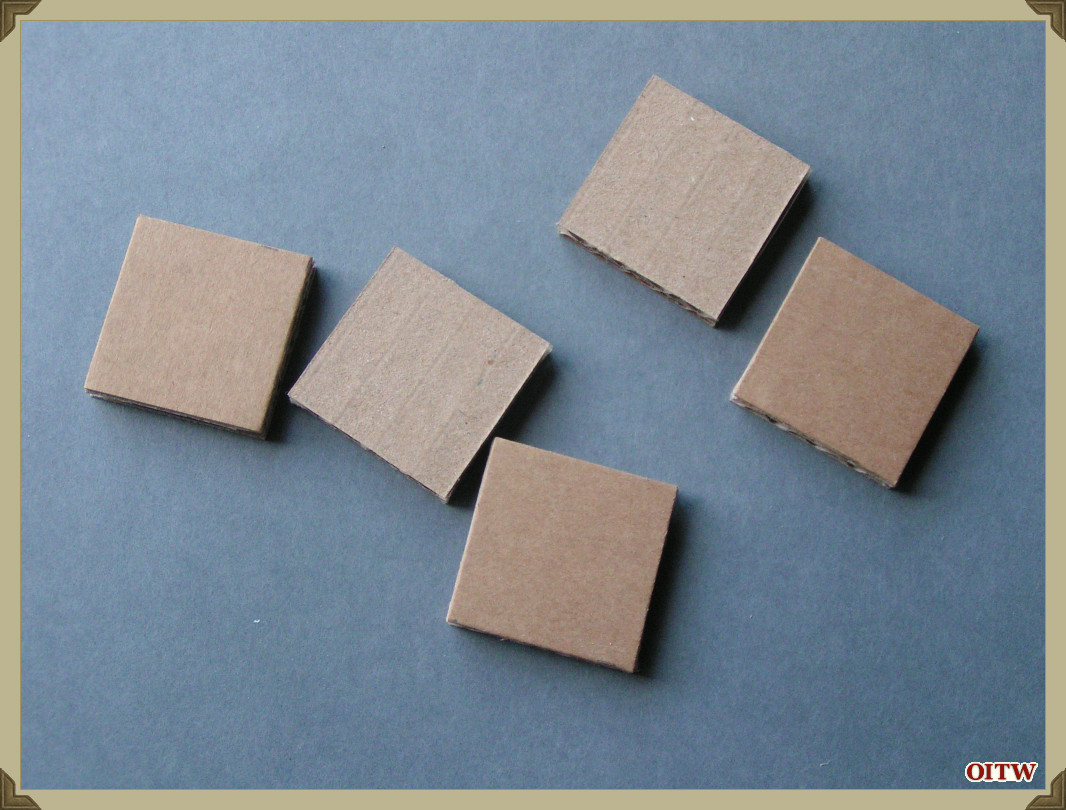 Simple corrugated cardboard squares were first cut out and later glued together with my hot glue gun to form a cardboard cube. 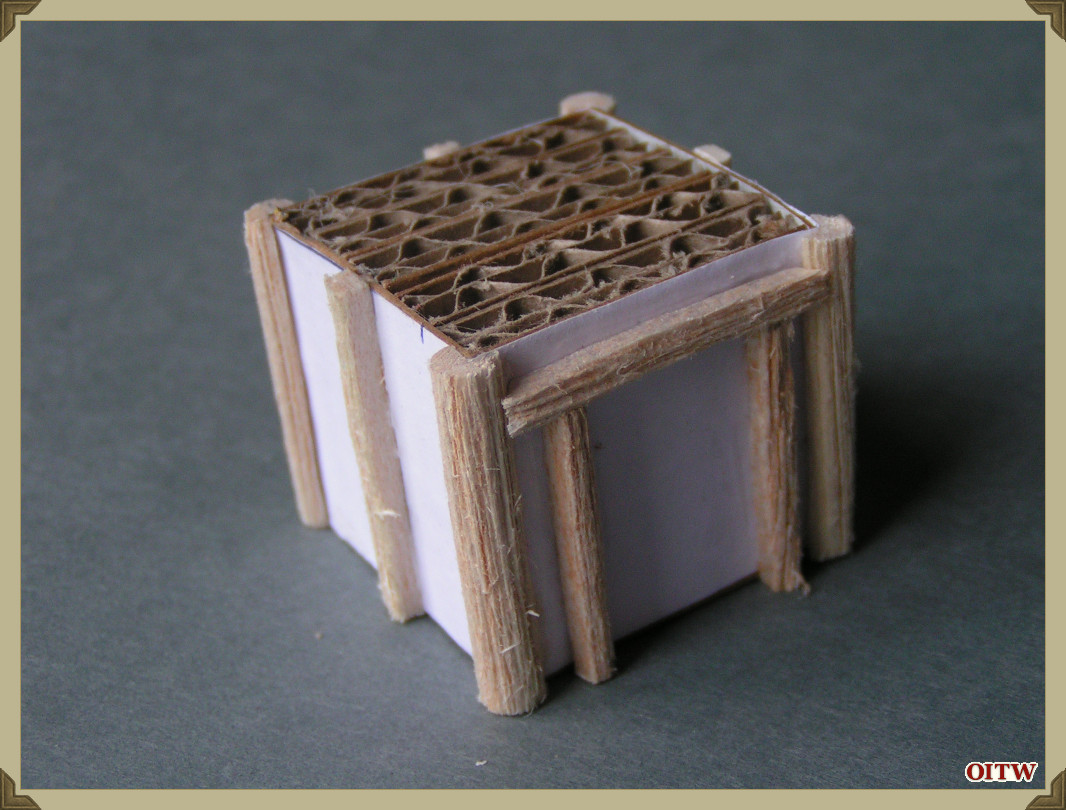 The cube was wrapped with paper and coated with uPVA glue. Balsawood supports were carved, distressed and glued in place. 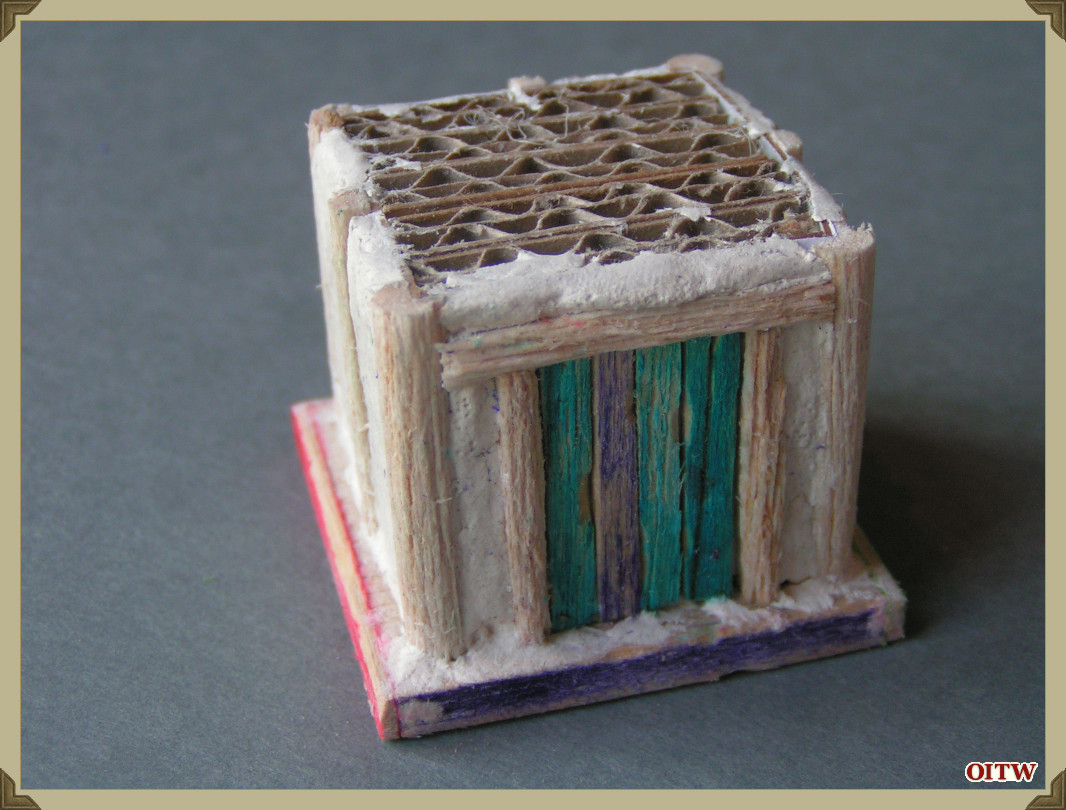 The wattle and daub panels were modelled with DAS modelling clay and the door was built from individual strips of distressed lollipop sticks. The base was a square of scrap balsawood clad with even more lollipop sticks. 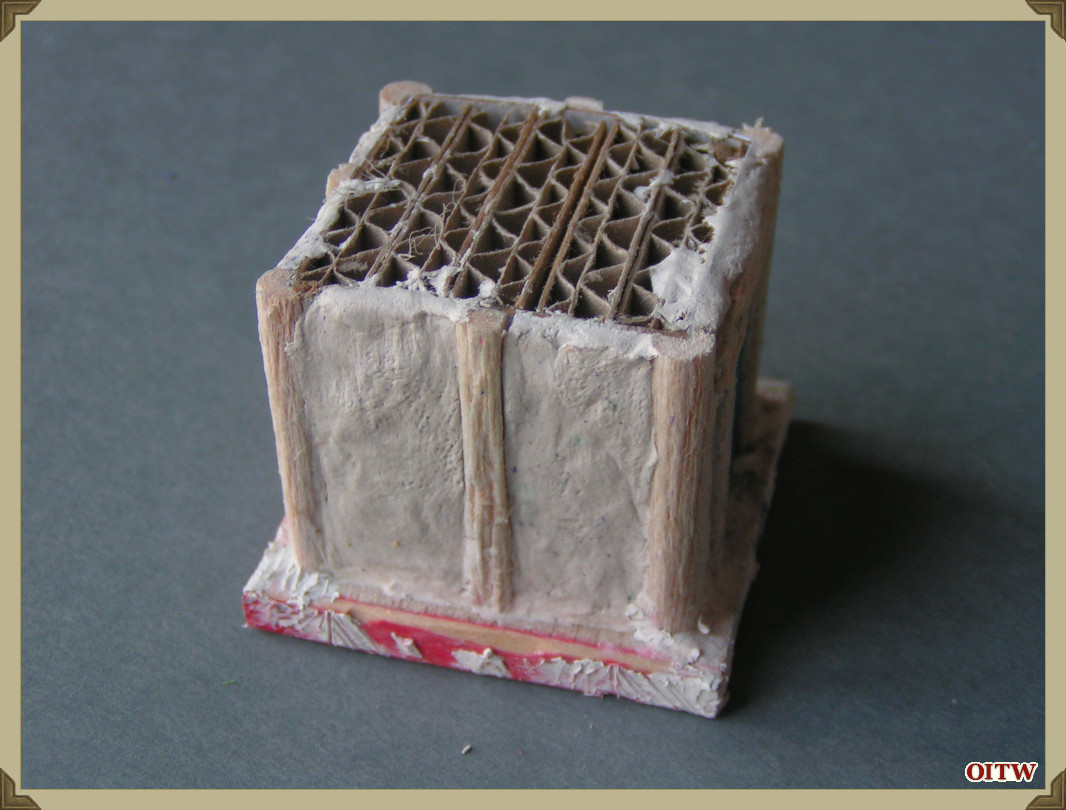 I have added some texture or surface detail to the plastered sections by stippling them with a stiff brush. 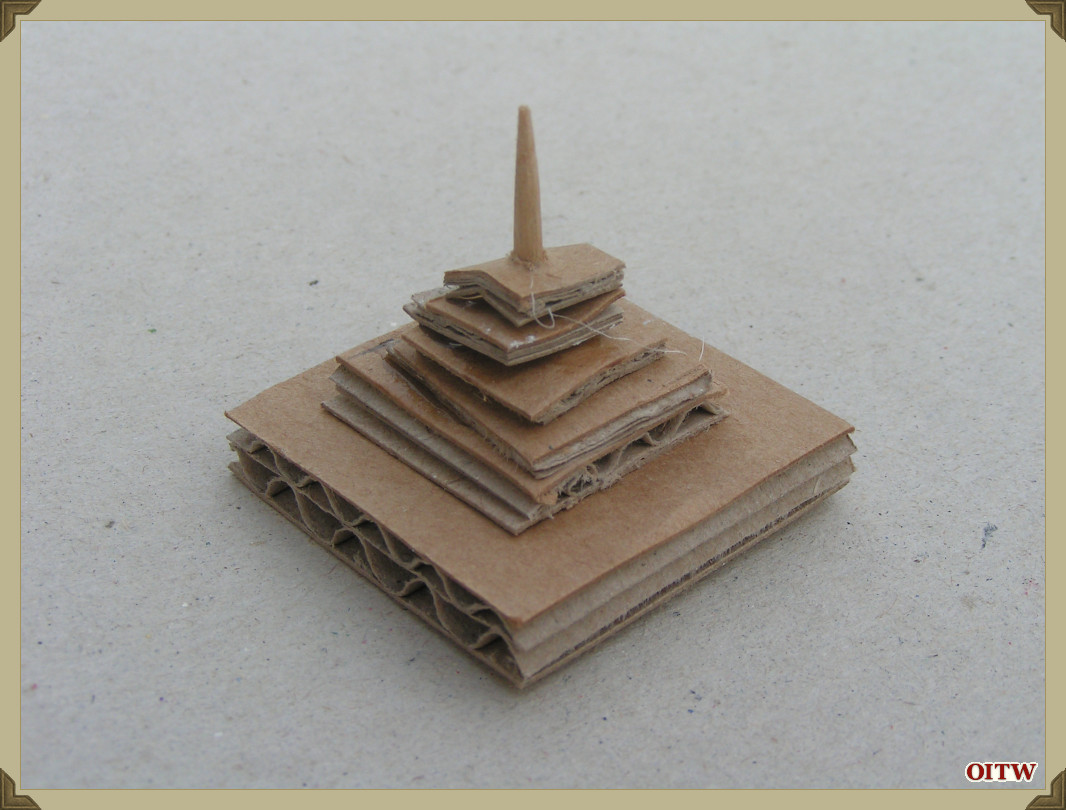 The thatched roof was built up on a base of cardboard cubes and a central support of a cut-down cocktail stick. 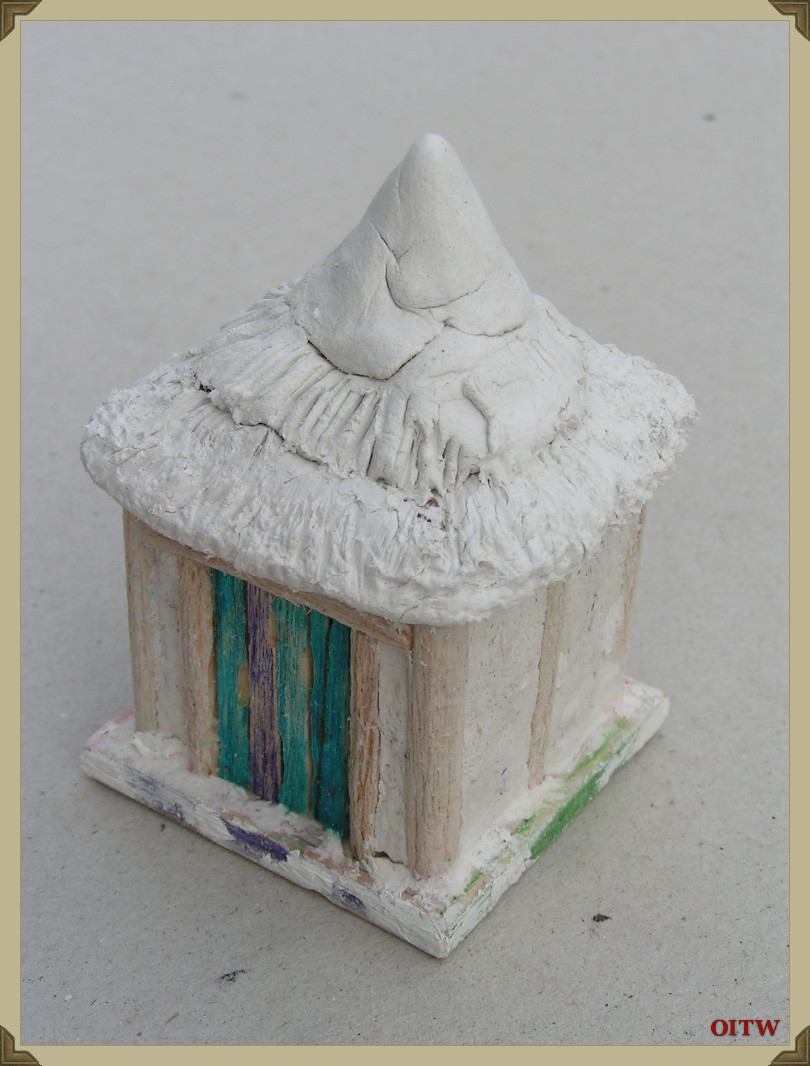 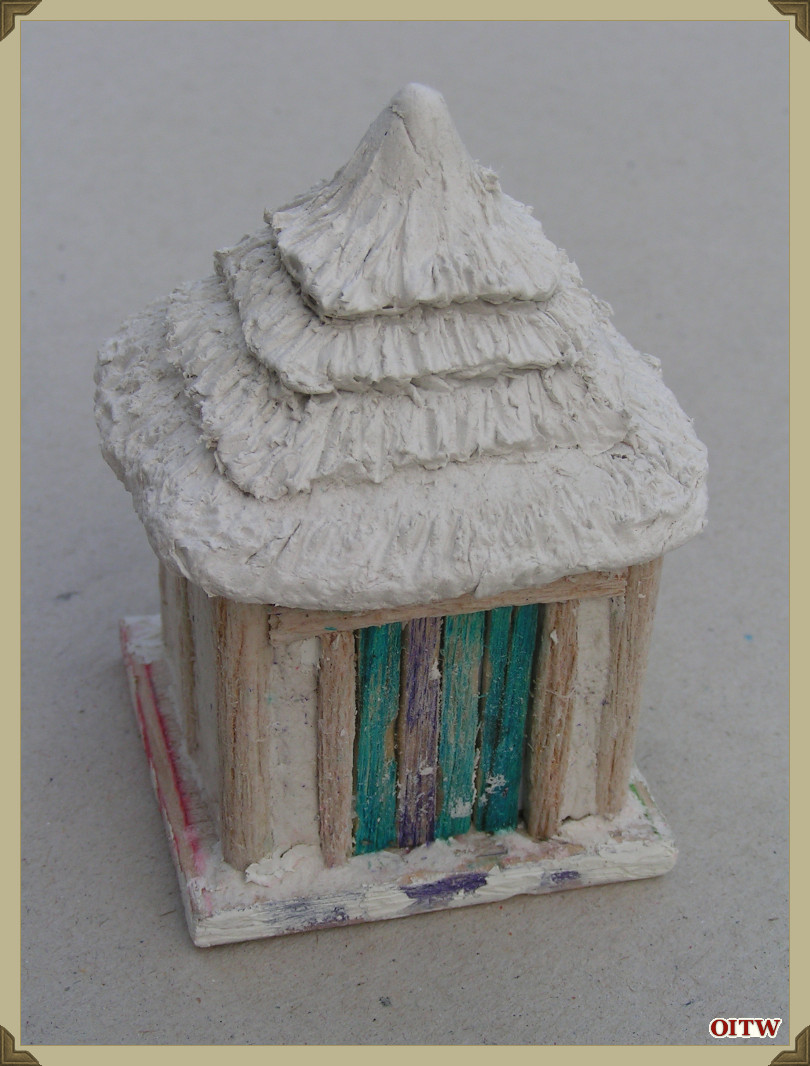 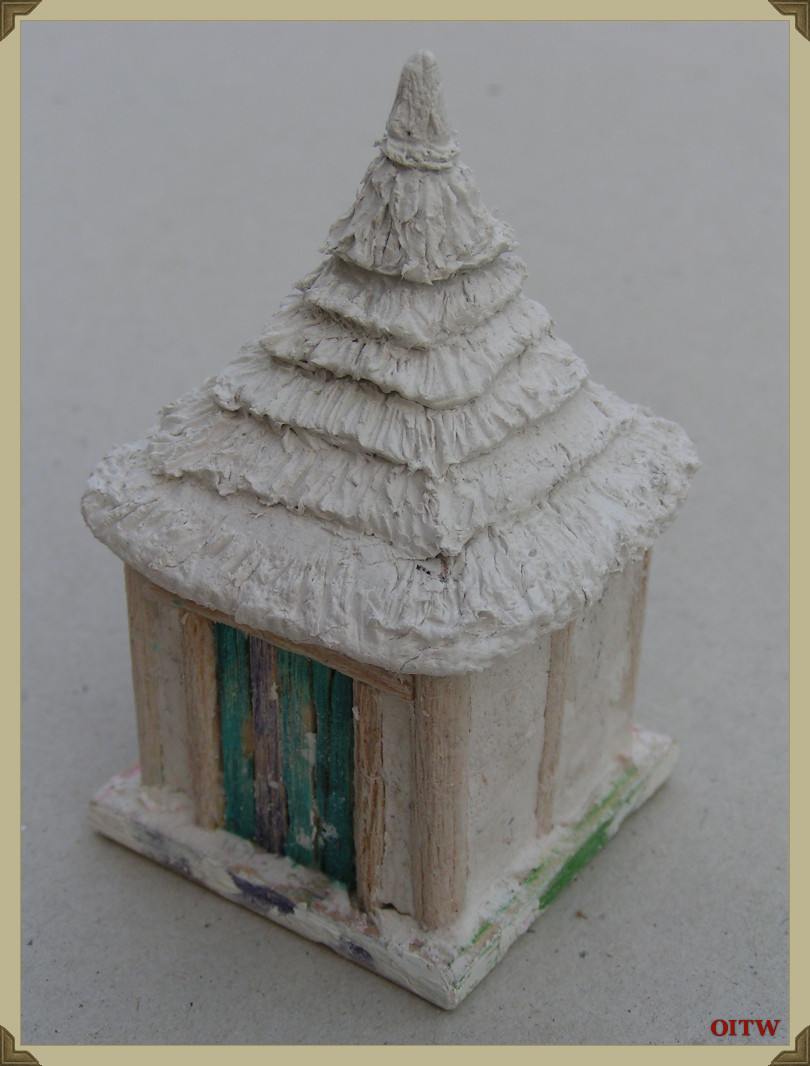 Show how the thatch was modelled in layers with DAS modelling clay over uPVA glue. 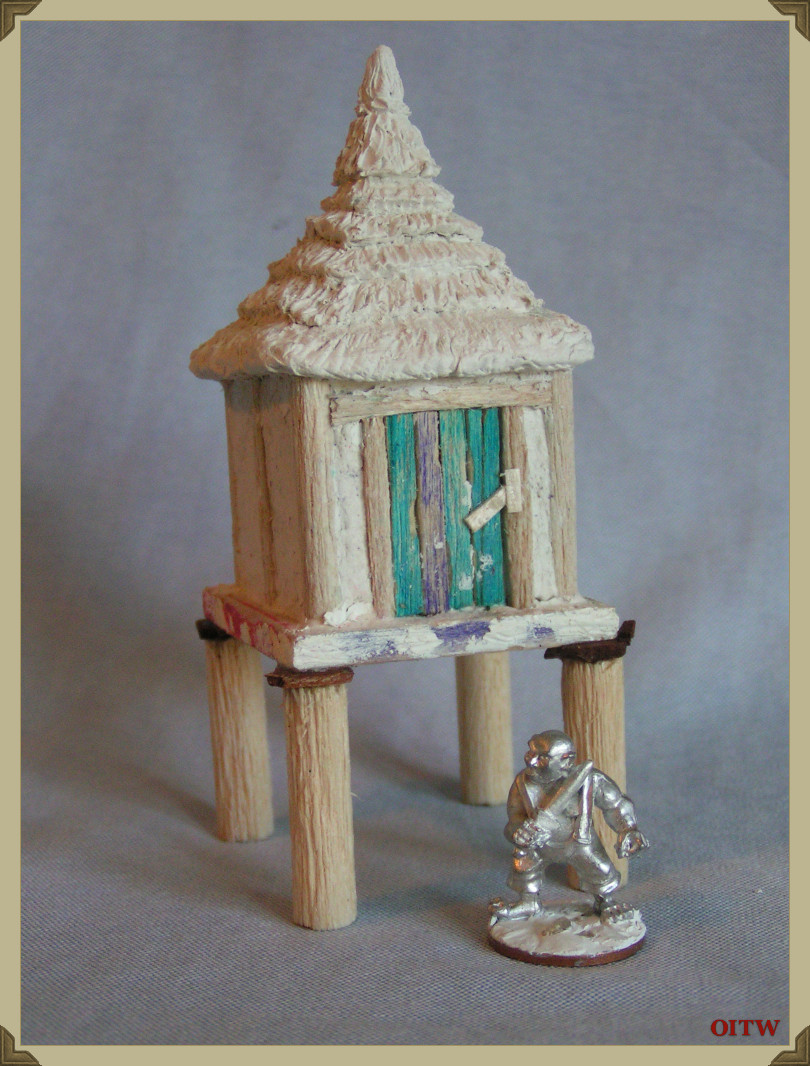 Here you see the grain store built up on a support platform – The Boche Halfling is shown for scale. 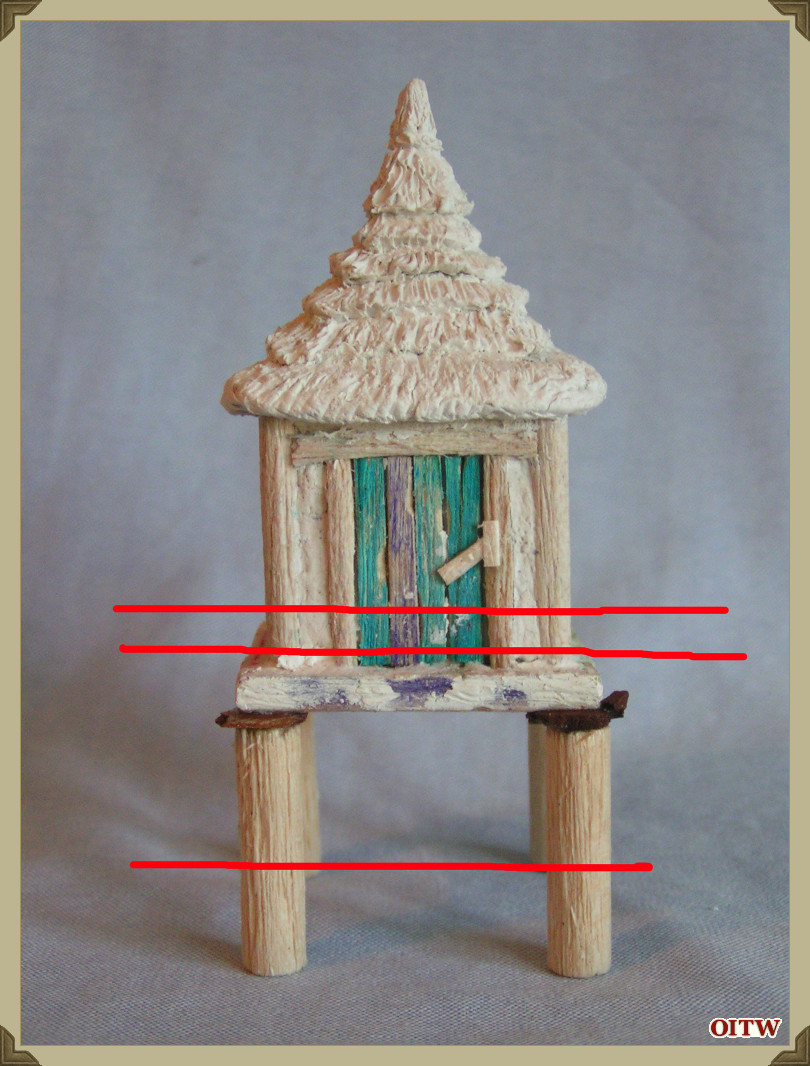 At this stage, I felt that the whole model was too tall and decided on some drastic surgery. I removed a section of 4mm from the upper building and reduced the stilts by half. This image shows where the cuts were made. 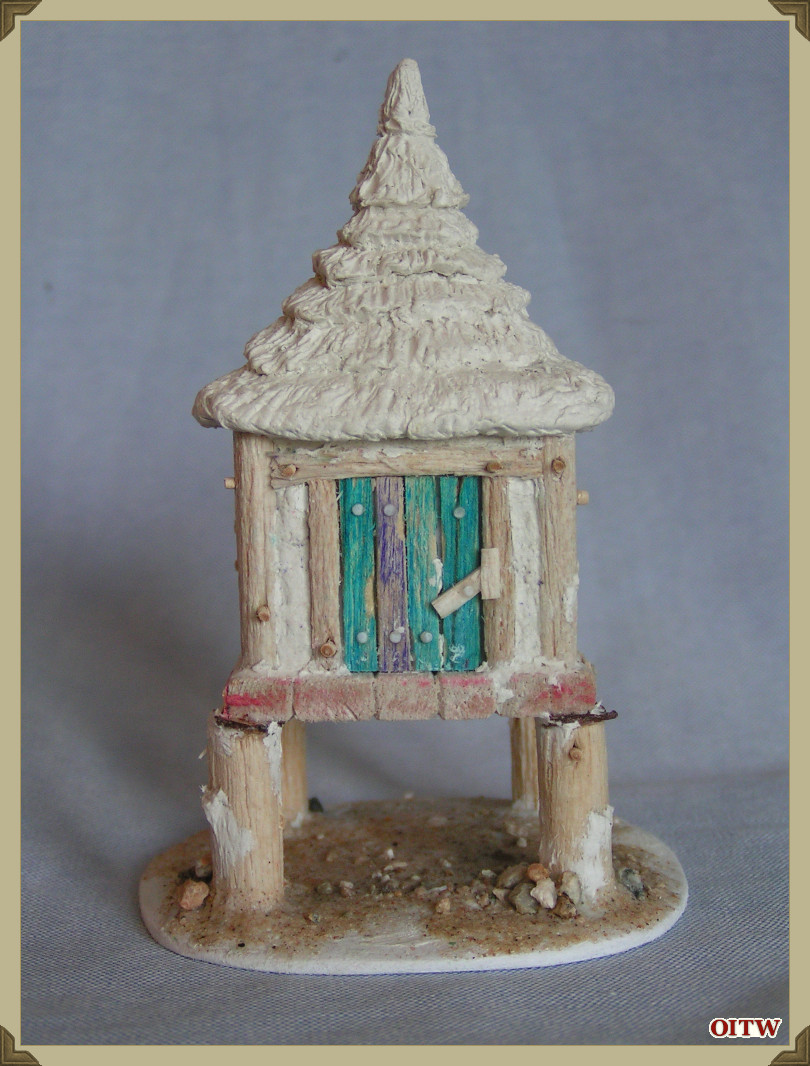 Here you see the re-modelled grain store – I feel it is more in keeping with the Halfling Boche miniatures.

I have added sections of trimmed cocktail sticks to the balsawood supports and detailed the door with slivers of plastic rod. The base has been decorated with some sieved stones and fine sand added over a layer of water-down uPVA glue. 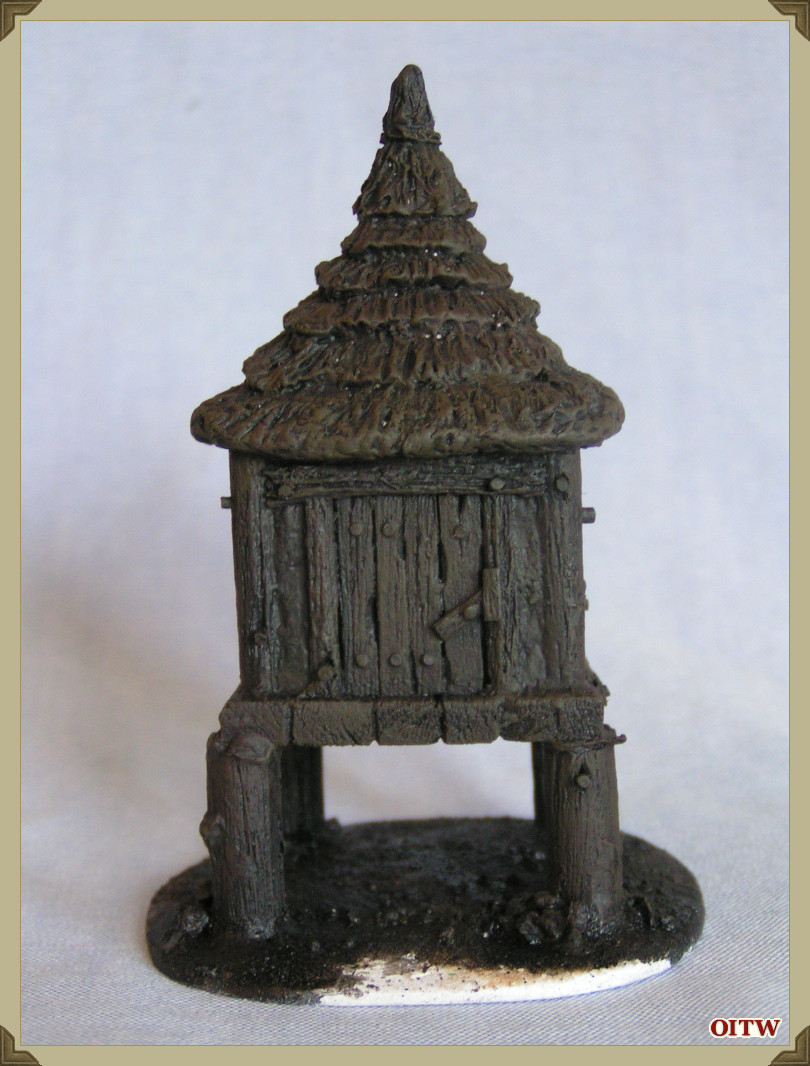 The model was first undercoated with Black spray paint and then lightly over painted with a dark Brown/Dark Grey base colour. 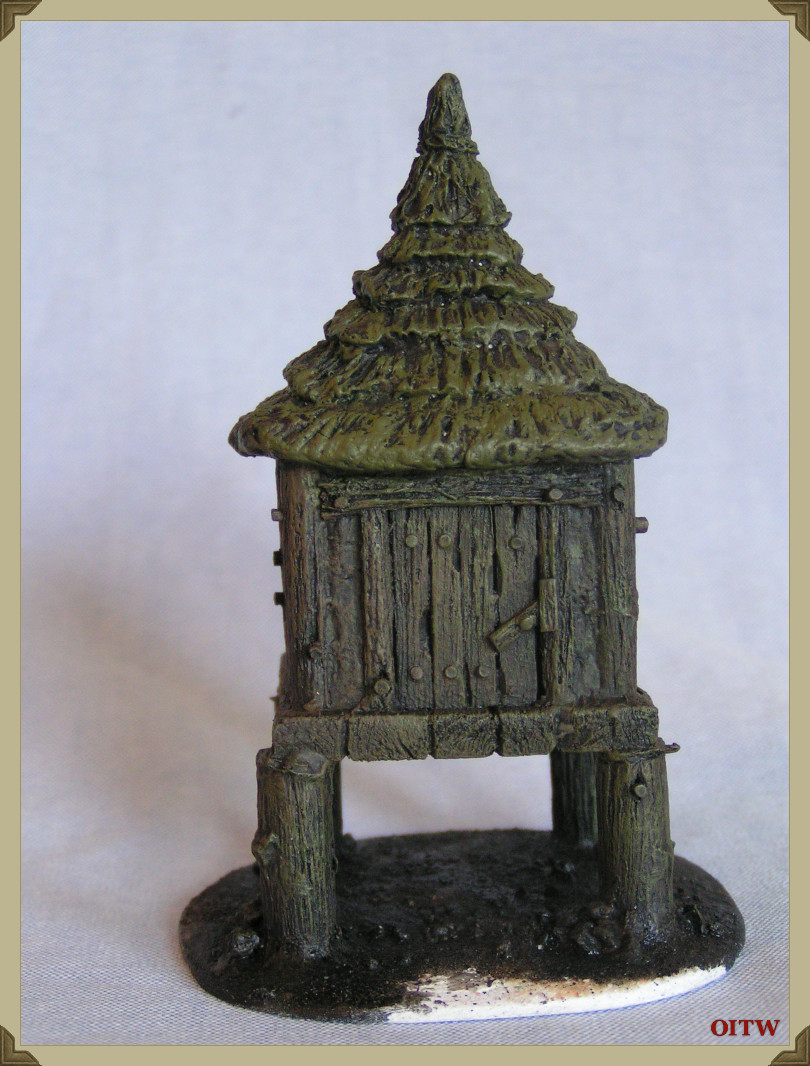 The first Highlight was added to the walls and the thatch had a lighter Brown basecolour added. 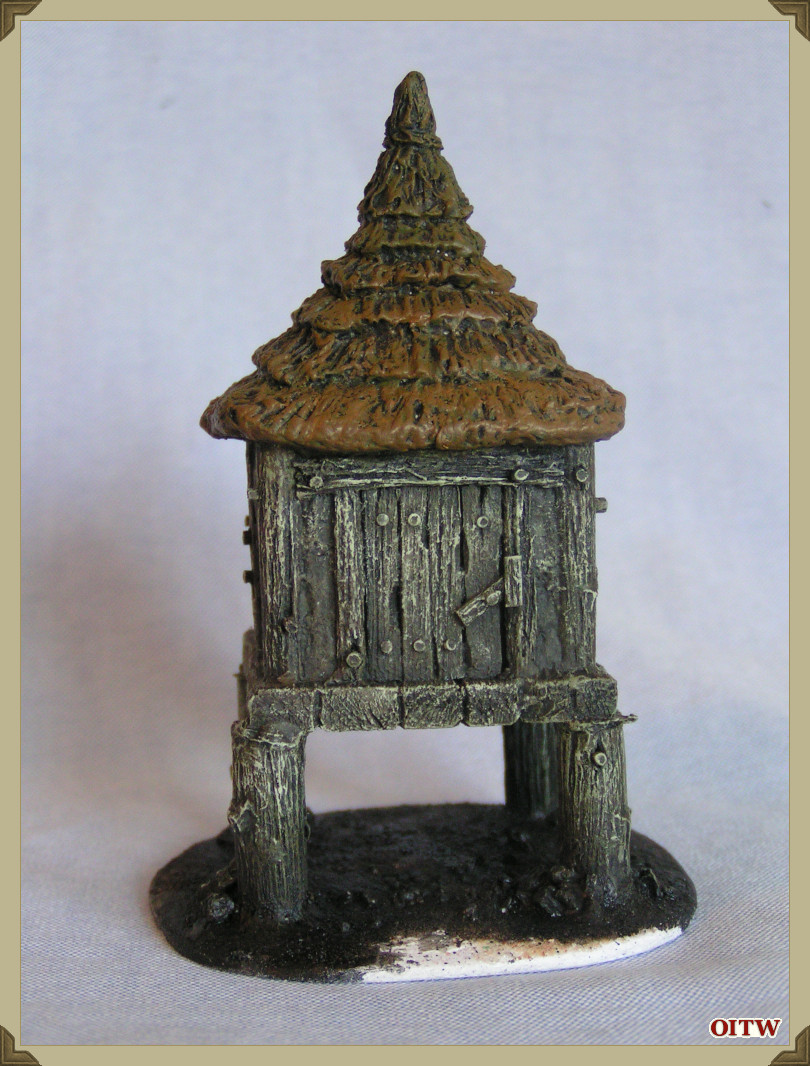 The second highlight added Grey to the walls and more Yellow/Brown to the thatch. 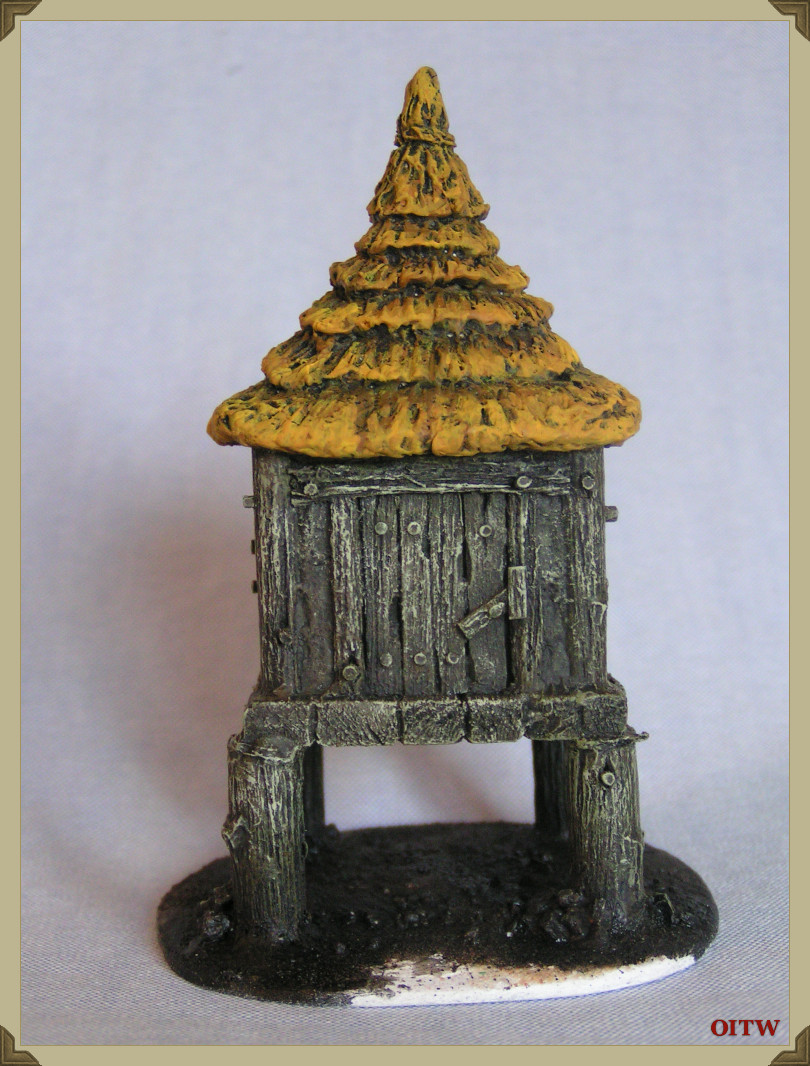 More Yellow to the thatch. 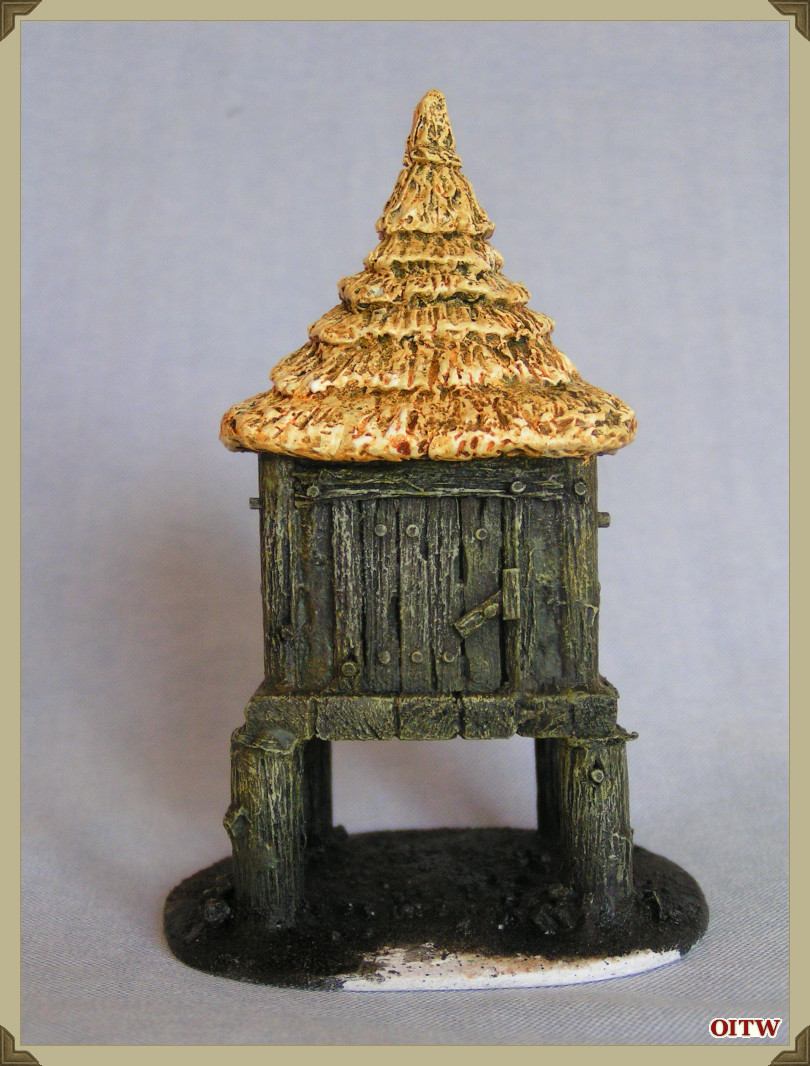 The thatch has been given an extreme highlight with the final colour being almost pure White. 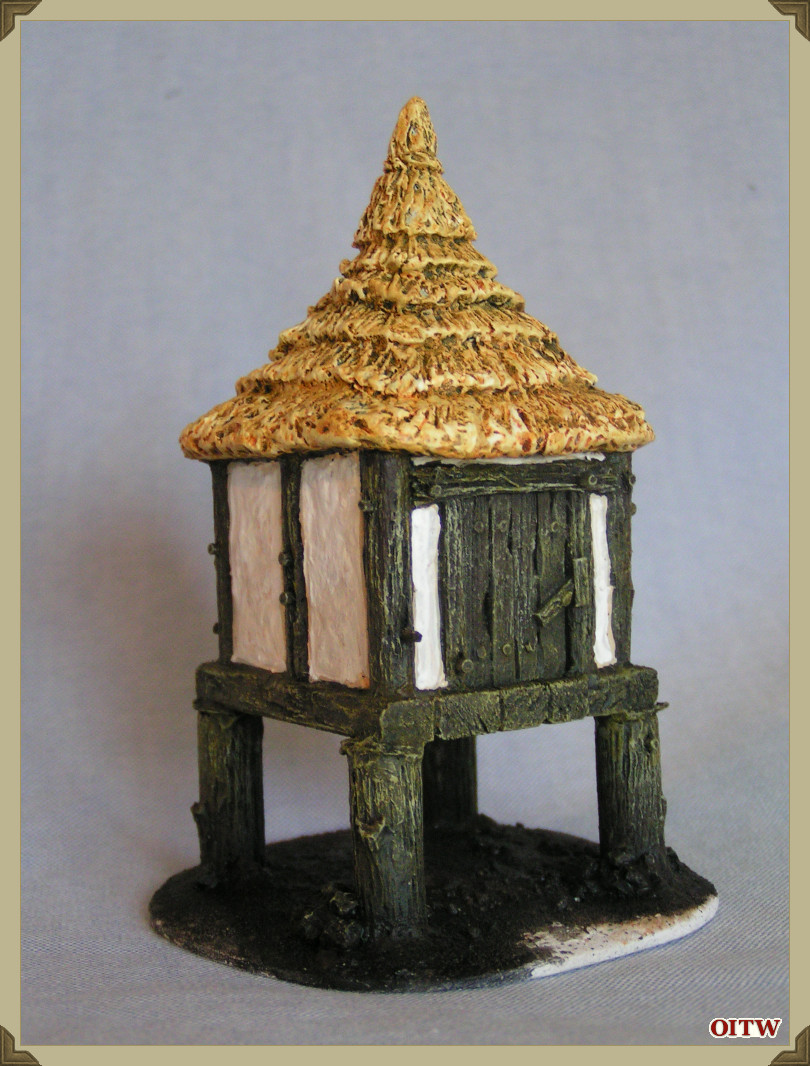 The wattle infill panels were built up over a light Cream colour to an almost Skull White topcoat. 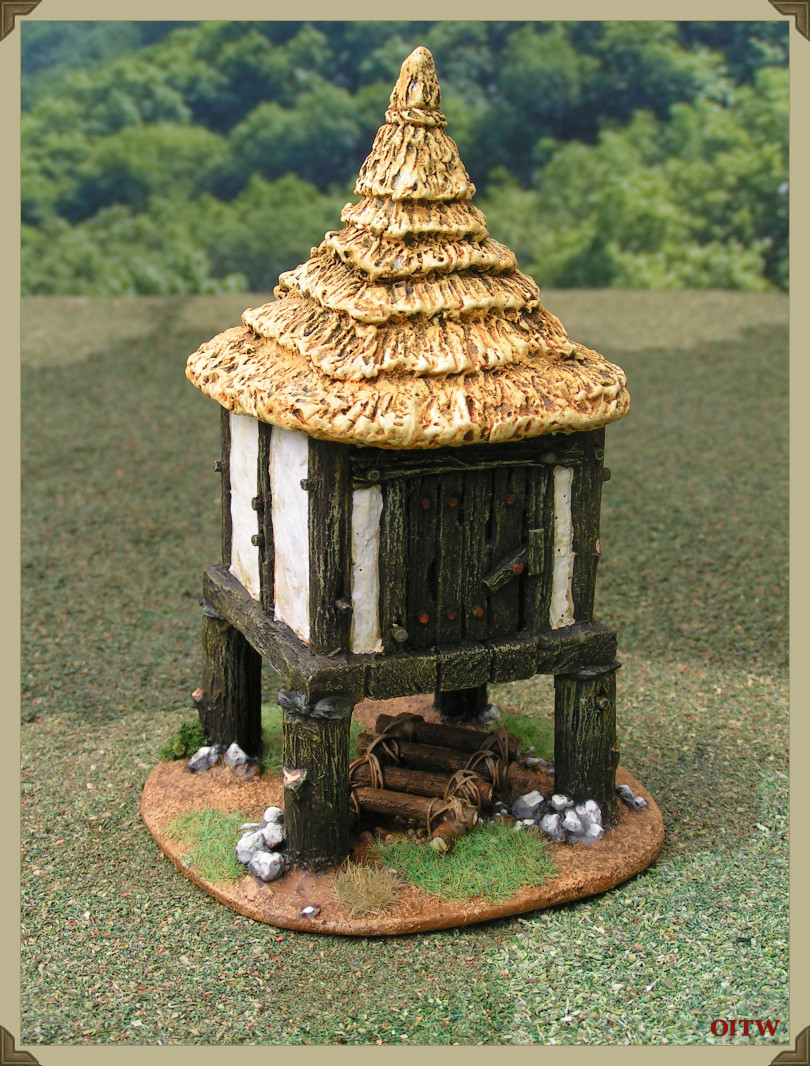 The base was finished with a slightly darker ground colour than usual. The small ladder was modelled from a couple of skewers glued together with superglue and detailed with fusewire binding.

Odd stones were picked out with Grey paint mixed from plain black and white. The scatter is a mix of static grass and static grass tufts with the odd sprinklings of green ground foam.

Although this is a small structure, it would be a simple matter to use the same techniques to build a whole range of Dark Age or Fantasy inspired buildings. The model took less than a day to produce, while the painting was great fun and a very rewarding project. The Grain Store is 100mm tall on a base that is 70mm x 70mm.

All four models are now back with me, having been lent-out for the play testing of the Pax Bochemannica - S.P.Q.Orc game from Maveryc Games.

Pax Bochemannica (or Pax Boche as it's affectionately known) is a 'heroic' scale set of miniature skirmish rules pitching Orcs of the Noman Empire (as the name suggests, based on the Roman Empire) against the Halfling Boche (based on the varied tribes of Britain around the time of Boudica).

The rules and miniatures are available to buy from the MiniFigs website here. They really are wonderfull character miniatures and well worth a look if alternate history featuring fantasy races is your kind of thing (and if you're still reading this, it probably is ;) )