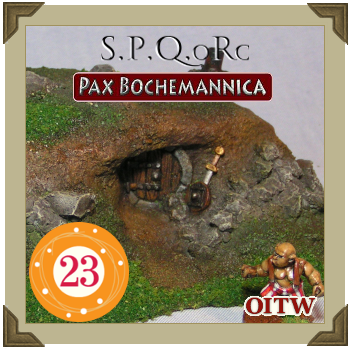 Photographs and Miniatures by Tony Harwood

Master modeller Tony Harwood renovates an old Halfling Hole in this cracking article showing how older terrain can be brought back to your tabletop.... 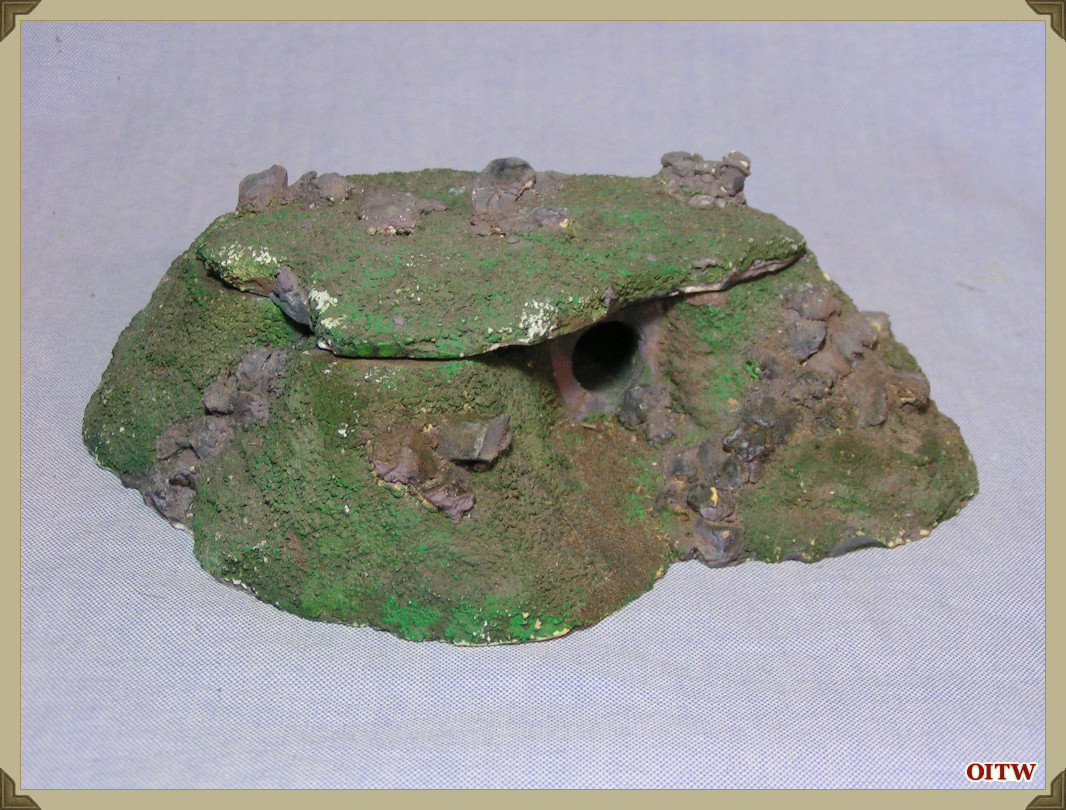 I spotted this plaster model on ebay some time ago - actually I won the auction for two similar models, one with a lift-off lid and the second with the roof firmly glued down. Both models were bought for the bargain price of just £5.00 and I thought I’d build one for my Pax Bochemannica Halflings in the same style as some roundhouses I had scratch-built years ago. 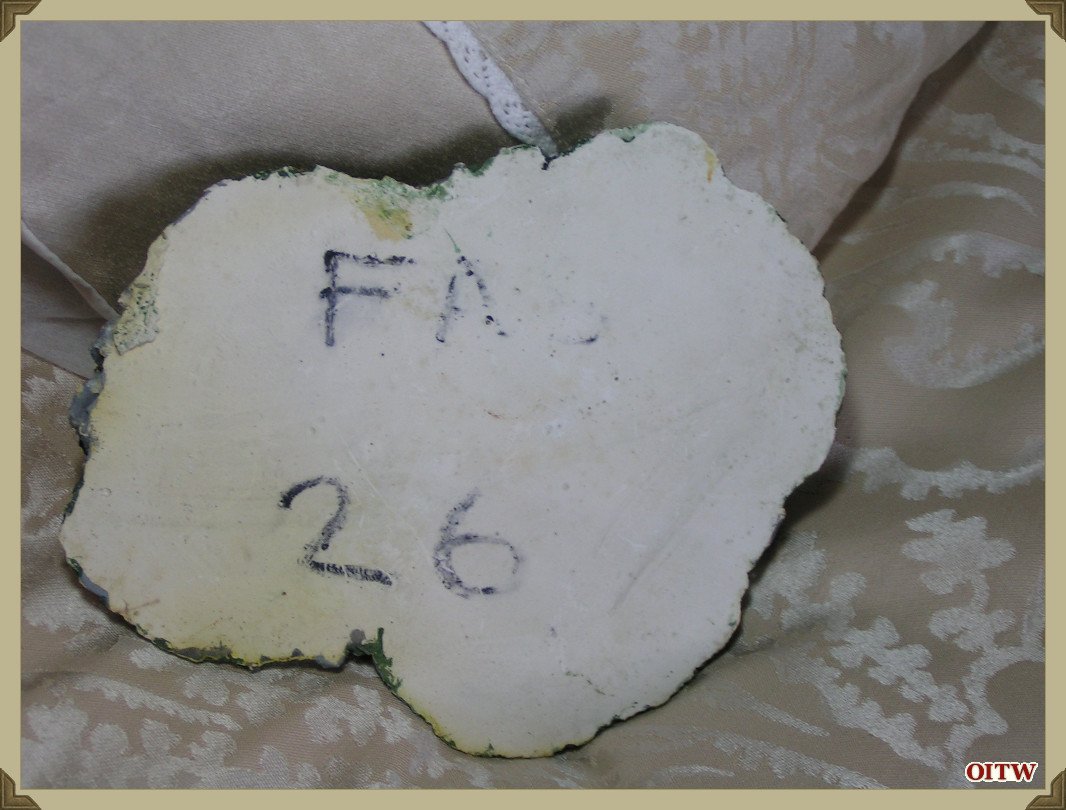 The bases were marked with a black felt pen – FAS 26. I have no idea who cast the originals or if they are still available. 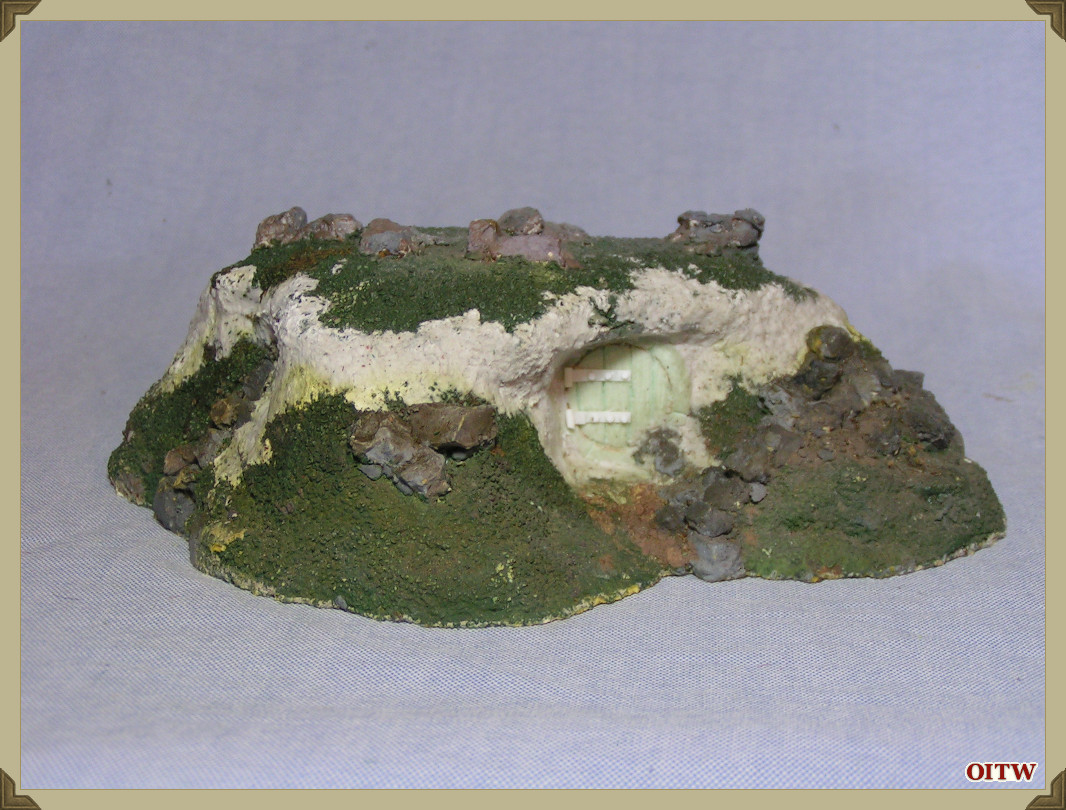 I chose the model with the glued on roof and proceeded to modify it for use with my Pax Boche figures. I modelled a new round door from some spare green foam and use DAS modelling clay to blend-in the new door and roof.

The door furniture was built from plastic card and small slivers of plastic rod. 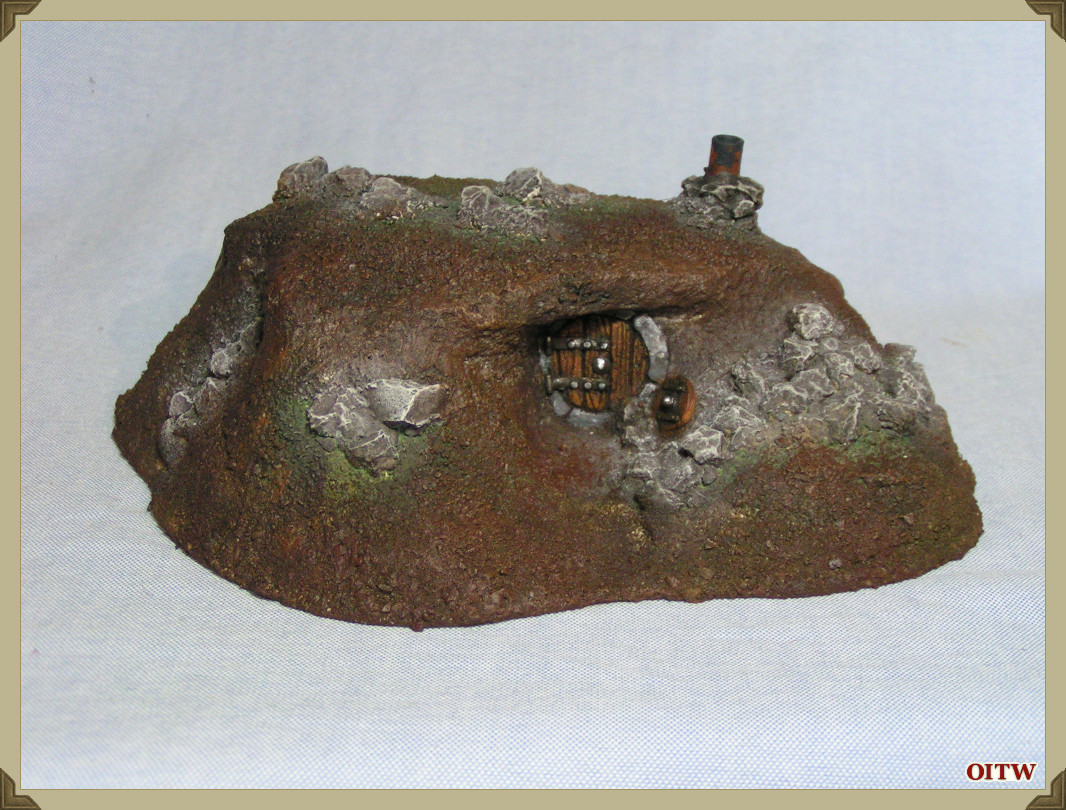 I mounted the plaster cast onto a rough oval of 3mm thick plastic card and used more DAS to hide any joins. The model was primed with diluted PVA glue and basecoated with black paint before I painted the groundwork with dark brown acrylic paint. The wooden door was drybrushed with lighter browns (allowing the black to show through in the sculpted creases) and the exposed rock formations were drybrushed with lighter grey paints over a dark grey base. 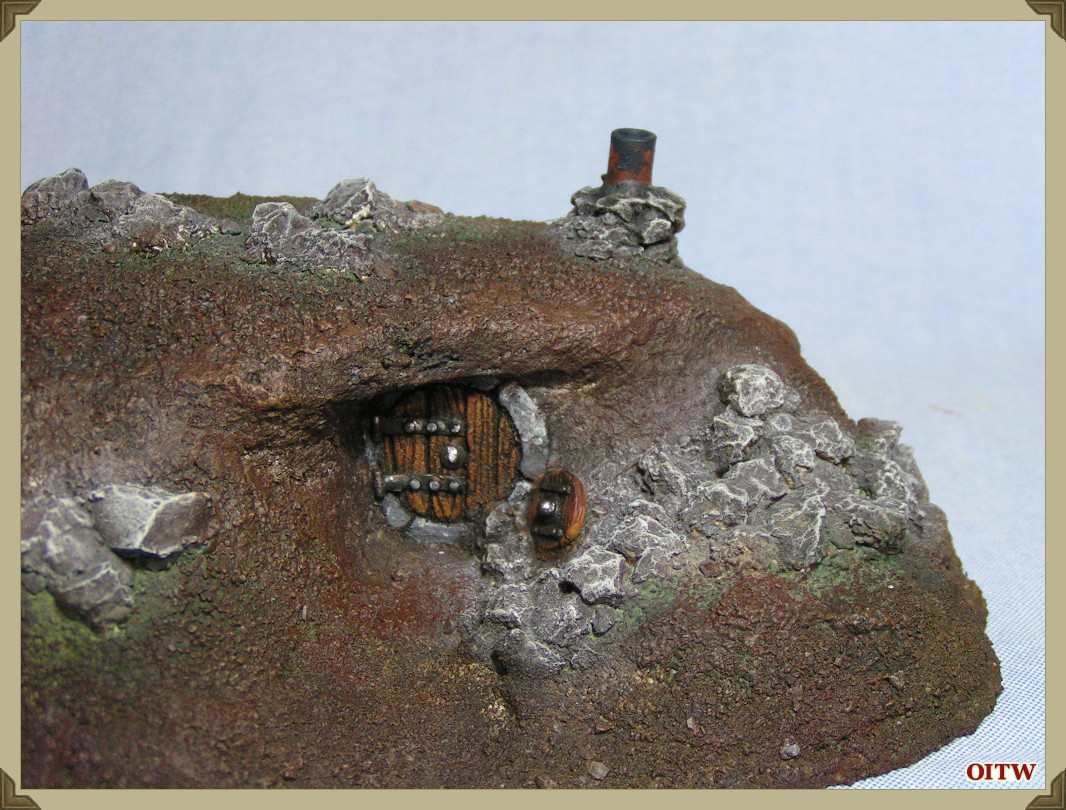 I added a small chimney to the roof which was modelled from a plastic tube glued in place with superglue and painted it in a dark terracotta colour with black soot detailing.

I also added a small shield (from the spares box) to the front of the house. 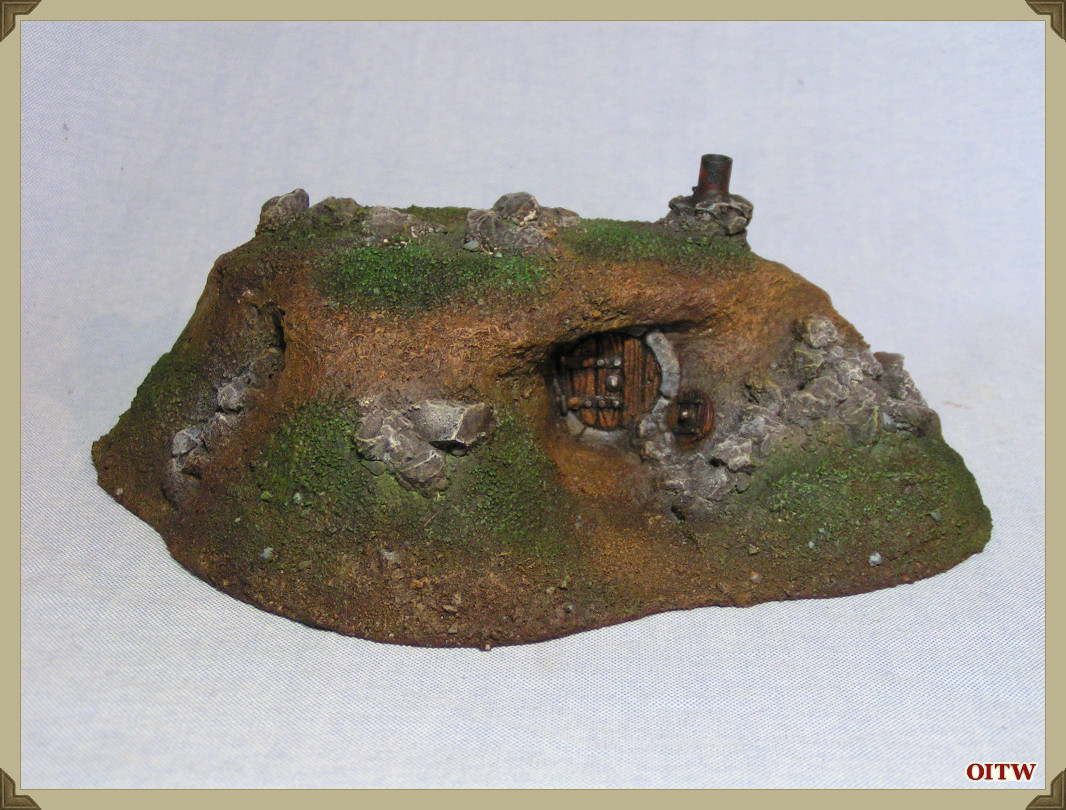 The green areas were painted over a dark green base, drybrushed with mid and then light green paints.

While the odd stone was picked out in grey, highlighted white. 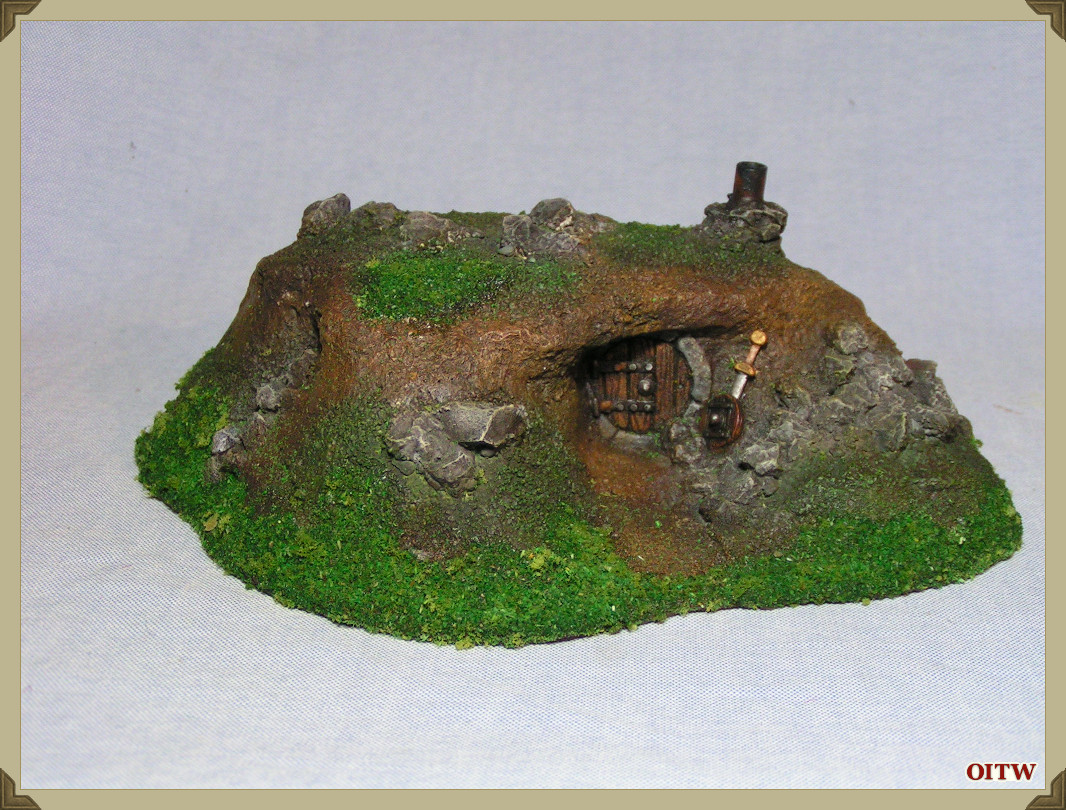 Additional groundcover was added using ground foam, dyed sawdust and static grass all applied over PVA glue. The metal sword is a spare from the original Pax Boche boxed set. 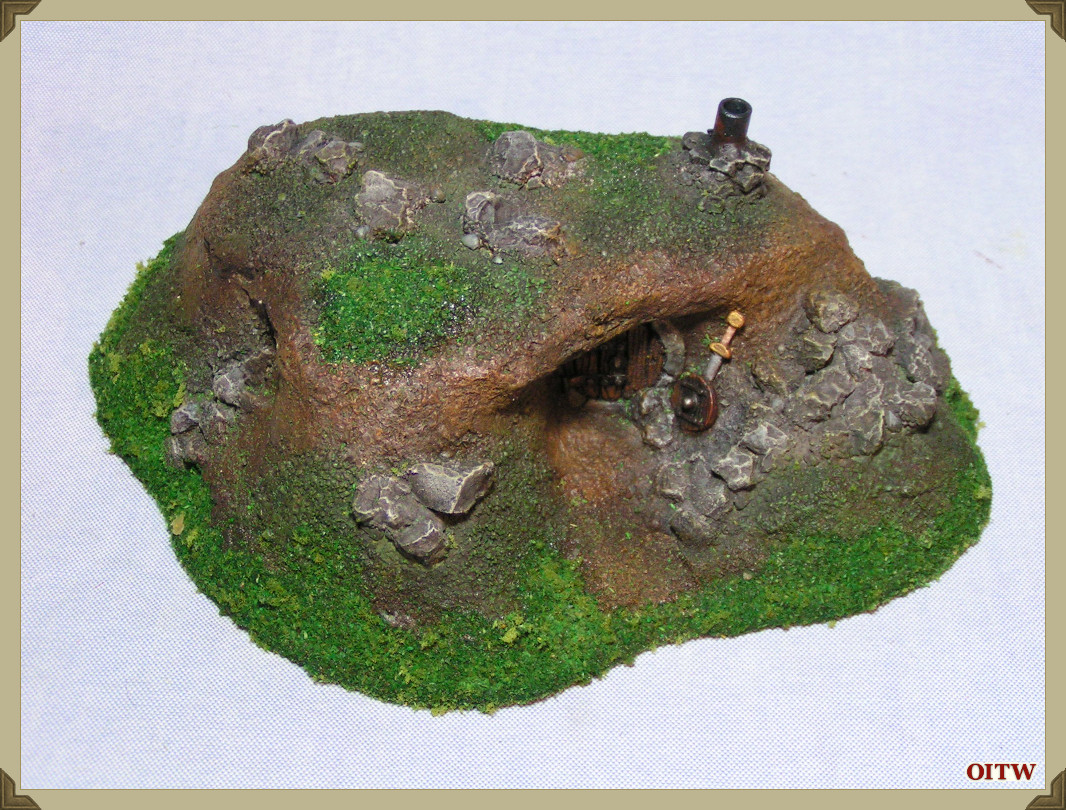 The same model shown from a different angle. 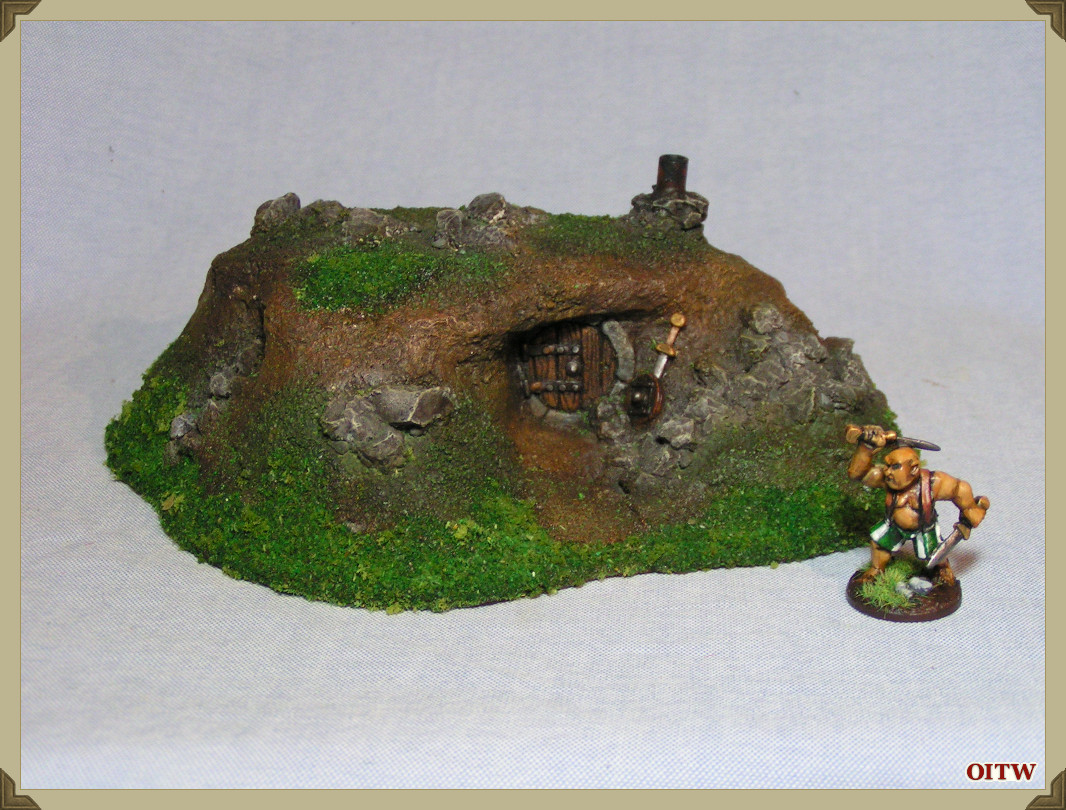 I have included this Pax Boche mini to give an idea of the scale.

My intention is to build the second plaster cast Halfling House as an underground burrow for the Osprey game Burrows & Badgers. I’ll add a window or dormer to the side as I think this would look great and differentiate it from the first model. 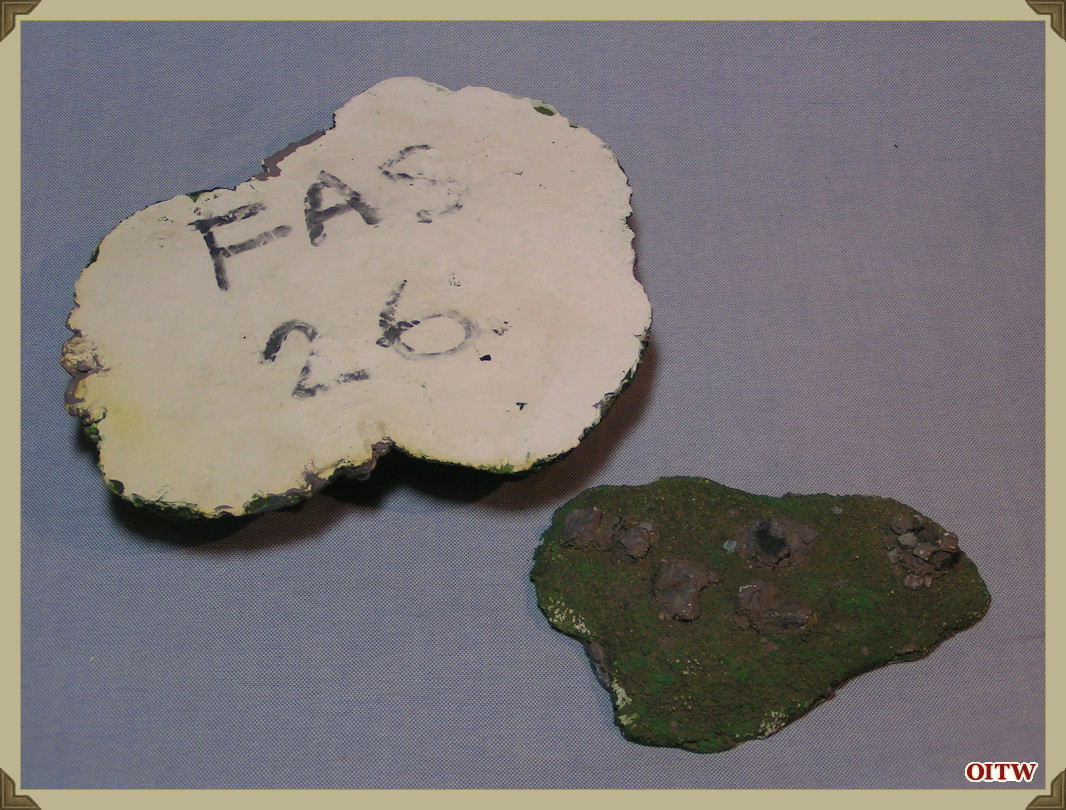 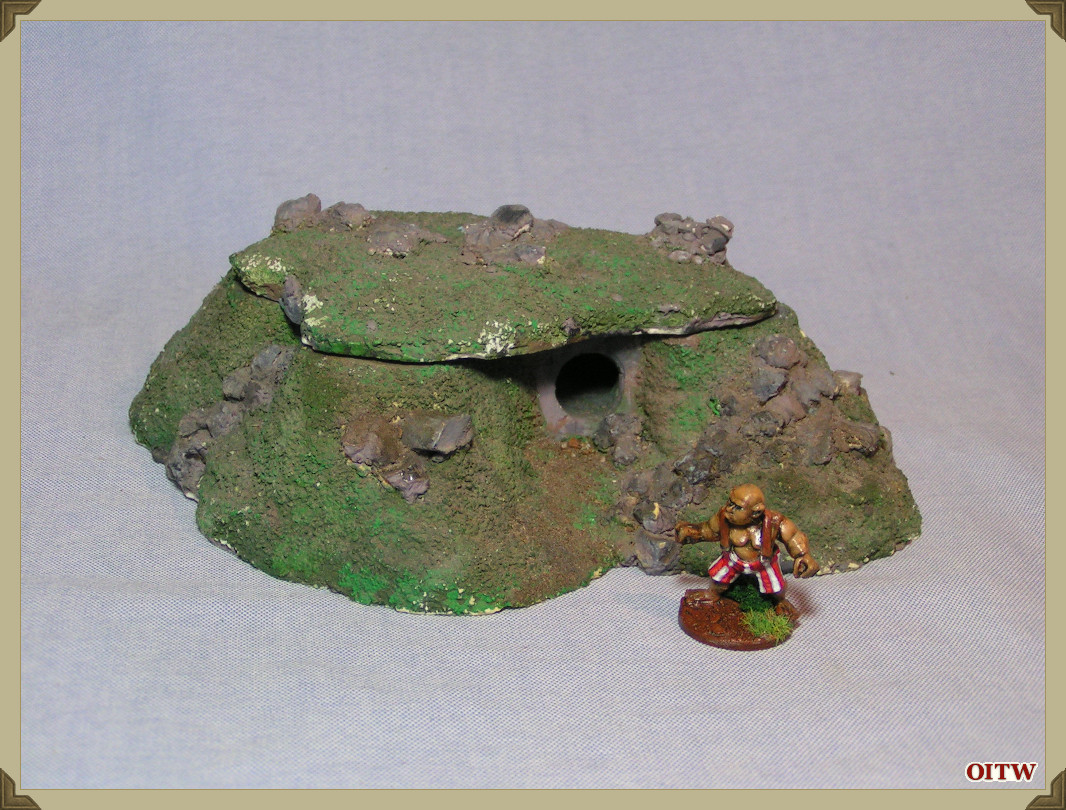 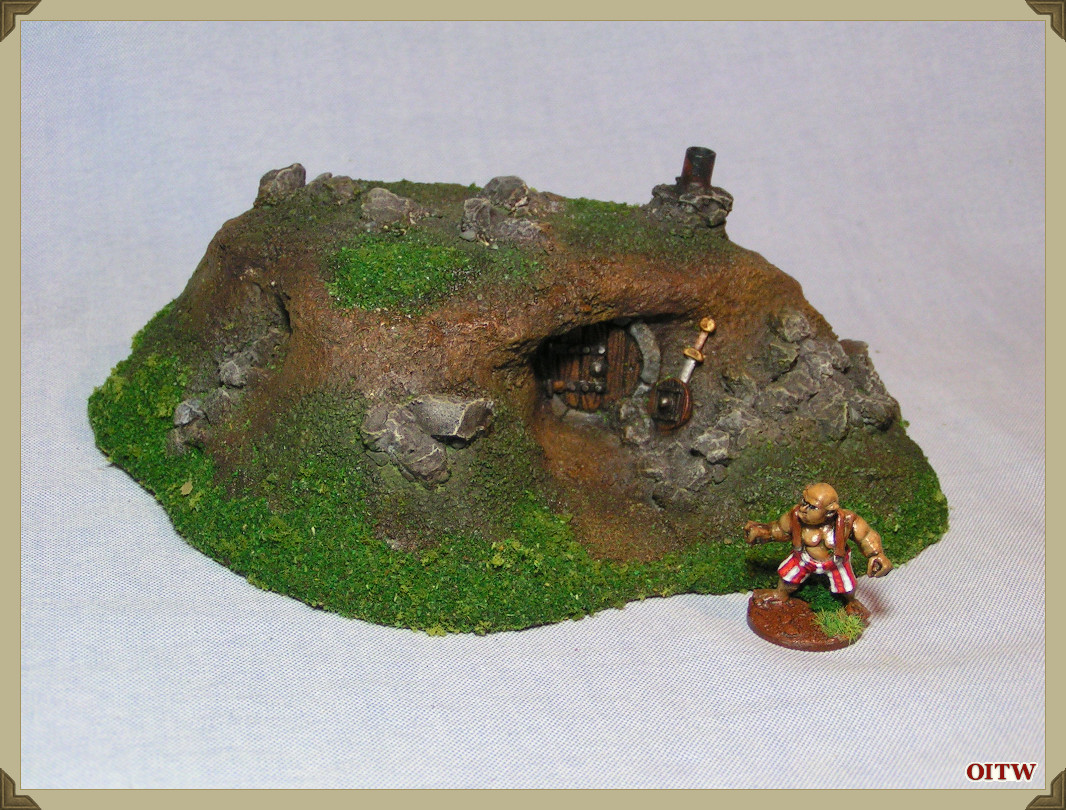 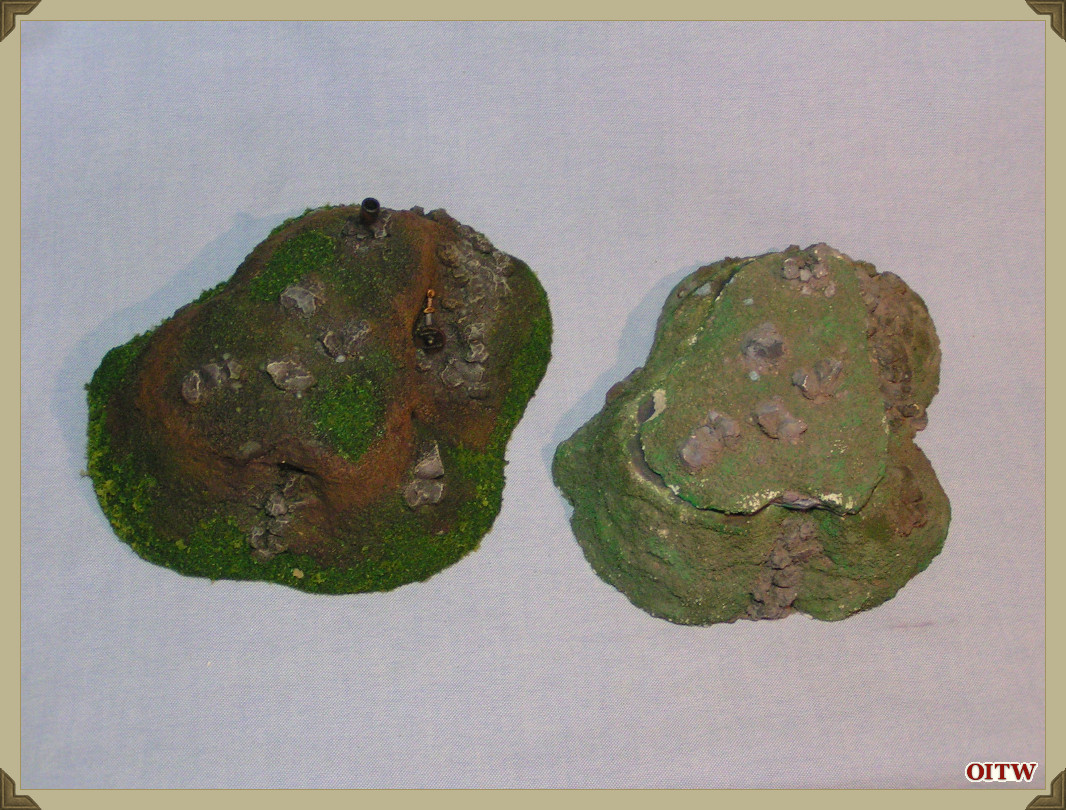 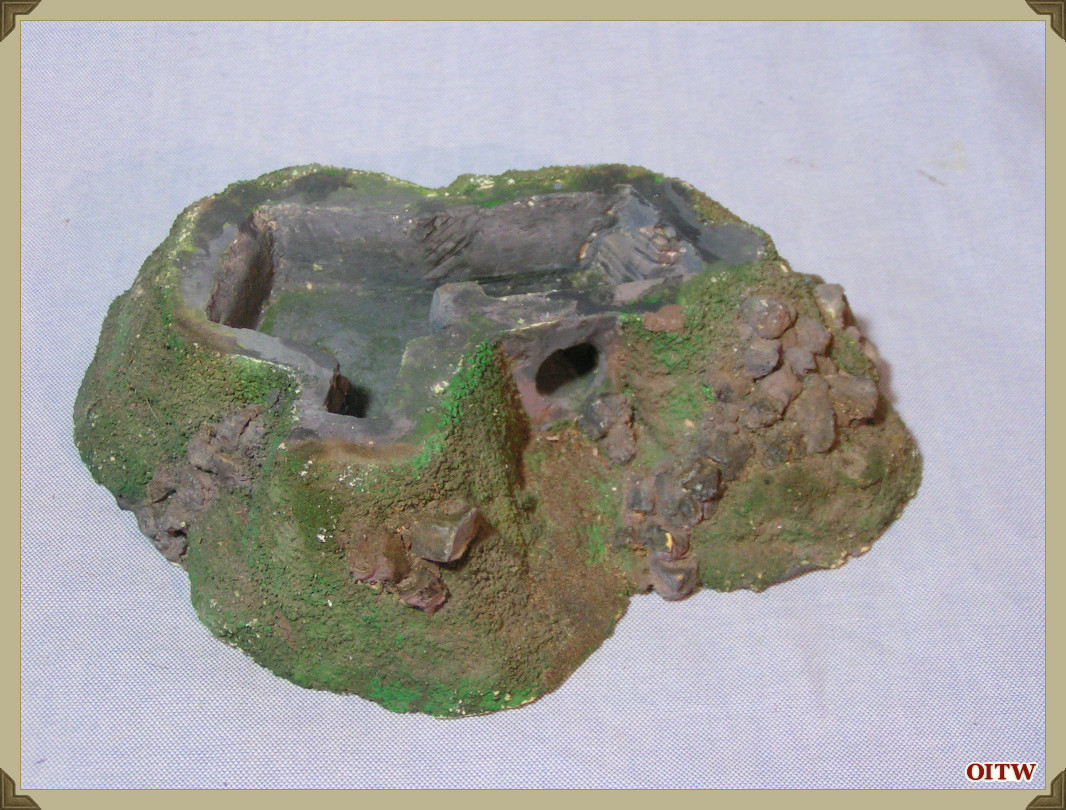 An Orcs in the Webbe Original! "A Halfling's Hole" was first published on the 23rd December 2020 as part of its 2020 Advent Calendar.

S.P.Q.o.R.c.: Pax Bochemannica (or Pax Boche as it's affectionately known) is a 'heroic' scale set of miniature skirmish rules pitching Orcs of the Noman Empire (as the name suggests, based on the Roman Empire) against the Halfling Boche (based on the varied tribes of Britain around the time of Boudica). Pax Boche was released after rigourous playtesting early in 2013 but sadly was withdrawn from sale soon after release, now it's back!