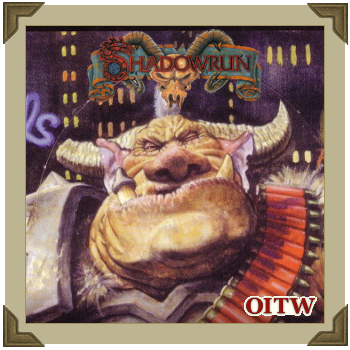 It is the latter half of the 21st century. Magic has returned to the world, awakening powerful creatures of myth and legend. Technology merges with flesh and consciousness. Elves, trolls, orks and dwarves walk among us, while ruthless corporations bleed the world dry. You are a shadowrunner – a mercenary living on the fringes of society, in the shadows of massive corporate arcologies, surviving day-by-day on skill and instinct alone. When the powerful or the desperate need a job done, you get it done... by any means necessary.

What is Shadowrun: The Trading Card Game?

Shadowrun: The Trading Card Game is an out-of-print collectible card game, released by FASA in August 1997 as a spin-off from FASA Corporation's Shadowrun role-playing game. Each player plays the part of a "shadowrunning" group, enlisting mercenaries with several different skills, and acquiring equipment, contacts, technology or mystical items in order to complete several types of missions.

What is Shadowrun: Singularis?

Below you can find a PDF version of the initial Shadowrun: Singularis ruleset hosted here on OITW, simply click on the PDF icons to download them from OITW's dropbox account. It will be appearing on BoardGameGeek soon and using that site as a forum/development platform with updates here as and when the document is changed.

You can comment on the rules over on BoardGameGeek on this link.

The game has sadly been out of print a long long time, however, you can pick up card collections on eBay and there is also a fully functional Tabletop Simulator Module available for free (just click here or on the graphic below, note that you do need a copy of TTS to play it though).

The original “Shadowrun: The Card Game” rules were bent, broken and reformed into the framework of the rules above by me, Craig Andrews, in June 2011, mostly whilst travelling between Milford Haven and Birmingham with hundreds of somewhat pungent festival goers who had just been revelling in Burry Port.

I picked up the reins again in February 2012 after having moved to Bristol and streamlined the rules into a more readable document and also completed a few more playtests.

As with all my rulesets I then tinkered on and off for the next few years (mostly off) as I became a Dad in 2015 and a full time stay-at-home Dad in 2016.

In 2018 I was inspired to pick up the ruleset again and format my rules into a document I could actually publish on BoardGameGeek. I also dropped the “Alone Against The…” naming convention I used to use and came up with a much more pretentious one using Latin names. Time will tell if they stick…

A big thanks goes to the original writers and designers of this game. I have no connection to any of the copyright holders and do not intend to infringe any copyrights with this document. These rules are for players of Shadowrun: The Card Game who don’t have anyone to play against and are meant to be enjoyable.

The Golden Rule of Shadowrun: Singularis is to have fun. If there’s something you don’t like, change it.

"Shadowrun: Singularis" was written exclusively for Orcs in the Webbe and was published on the 7th December 2018 as prt of its 2018 Advent Calendar..

You can see mre support for Shadorun games on OITW by clicking on the  maroon tag  below and to the left.