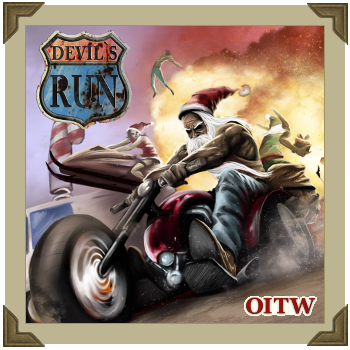 Mark Rapson, creator of Devil's Run, has penned a festive scenario for players of the post-apocalyptic vehicle battle game. In "Bad Santa" rival gangs battle to collect goodies that have fallen out of Santa's Sack. Complete with a fully formatted PDF, a new character card and even a festive ditty to sing as you leave your foes in the dust. 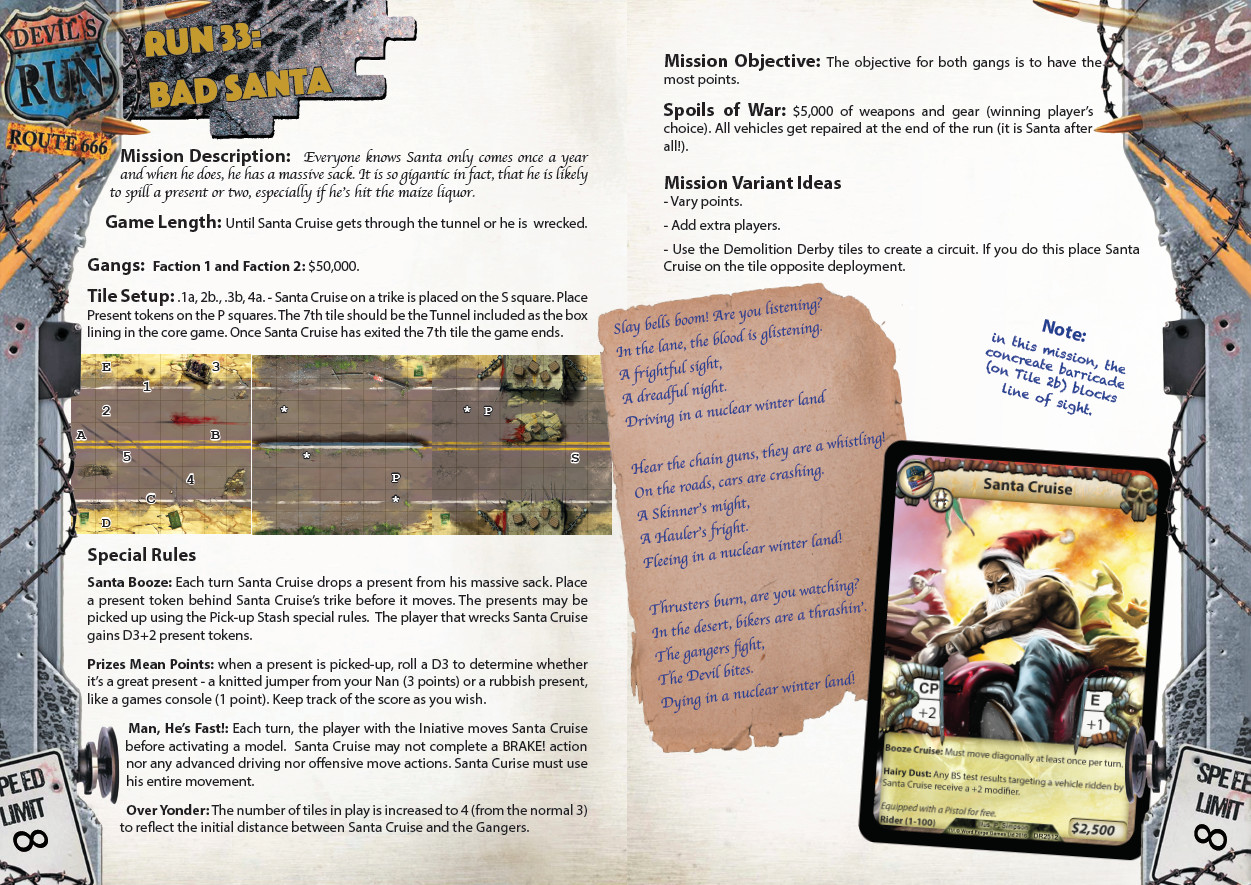 Slay bells boom! Are you listening?
In the lane, the blood is glistening.
A frightful sight,
A dreadful night.
Driving in a nuclear winter land!

Hear the chain guns, they are a whistling!
On the roads, cars are crashing.
A Skinner’s might,
A Hauler’s fright.
Fleeing in a nuclear winter land!

Thrusters burn, are you watching?
In the desert, bikers are thrashin’.
The gangers fight,
The Devil’s bites.
Dying in a nuclear winter land!

Everyone knows Santa only comes once a year and when he does, he has a massive sack. It is so gigantic in fact, that he is likely to spill a present or two, especially if he’s hit the maize liquor.

Until Santa Cruise gets through the tunnel or he is wrecked. 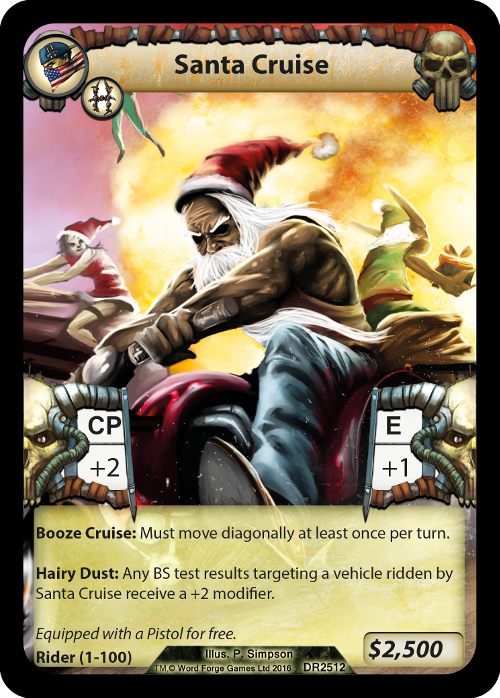 .1a, 2b., .3b, 4a. - Santa Cruise on a trike is placed on the S square. Place Present tokens on the P squares. The 7th tile should be the Tunnel included as the box lining in the core game. Once Santa Cruise has exited the 7th tile the game ends.

Prizes Mean Points: When a present is picked-up, roll a D3 to determine whether it’s a great present - a knitted jumper from your Nan (3 points) or a rubbish present, like a games console (1 point). Keep track of the score as you wish.

Man, He’s Fast!: Each turn, the player with the Iniative moves Santa Cruise before activating a model. Santa Cruise may not complete a BRAKE! action nor any advanced driving nor offensive move actions. Santa Curise must use his entire movement.

Over Yonder: The number of tiles in play is increased to 4 (from the normal 3) to reflect the initial distance between Santa Cruise and the Gangers.

The objective for both gangs is to have the most points.

$5,000 of weapons and gear (winning player’s choice). All vehicles get repaired at the end of the run (it is Santa after all!).

- Use the Demolition Derby tiles to create a circuit. If you do this place Santa Cruise on the tile opposite deployment.

The game is currently available direct from the Word Forge Games website where you can also make late pledges for the successfully KS funded follow up, Devil's Run: Hells Highway.