"Rig Run 1: The Hollidays are Coming!" 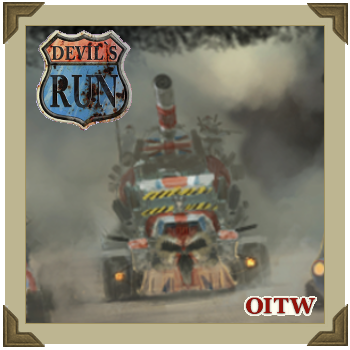 Mark Rapson, creator of Devil's Run, has once again penned a festive scenario for players of the post-apocalyptic vehicle battle game. In "The Hollidays are Coming!" rival gangs take on a Warrig hoping to collect the most trademarked brown syrupy fizzy drink they can. Complete with a fully formatted PDF and a new character card, Doc Holliday himself. 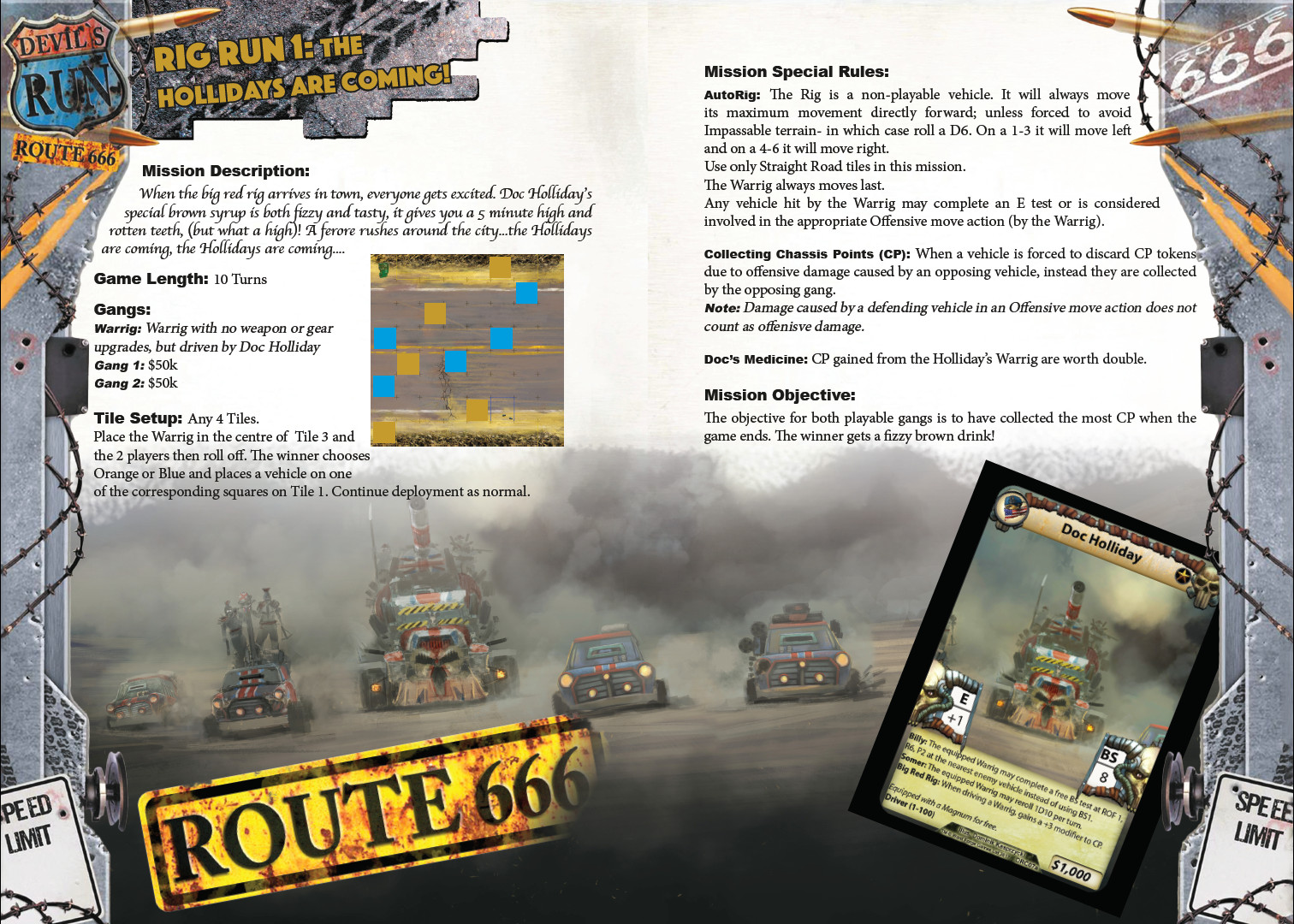 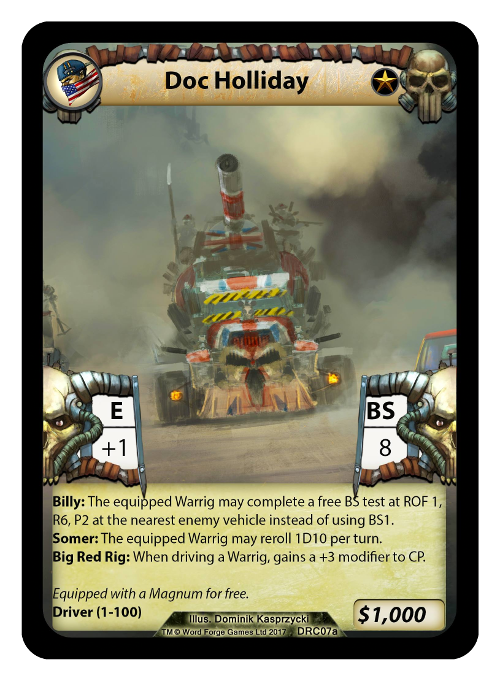 Place the Warrig in the centre of Tile 3 and the 2 players then roll off. The winner chooses Orange or Blue and places a vehicle on one of the corresponding squares on Tile 1. Continue deployment as normal.

AutoRig: The Rig is a non-playable vehicle. It will always move its maximum movement directly forward; unless forced to avoid Impassable terrain- in which case roll a D6. On a 1-3 it will move left and on a 4-6 it will move right.

Use only Straight Road tiles in this mission.

Any vehicle hit by the Warrig may complete an E test or is considered involved in the appropriate Offensive move action (by the Warrig).

Collecting Chassis Points (CP): When a vehicle is forced to discard CP tokens due to offensive damage caused by an opposing vehicle, instead they are collected by the opposing gang.

Note: Damage caused by a defending vehicle in an Offensive move action does not count as offenisve damage.

Doc’s Medicine: CP gained from the Holliday’s Warrig are worth double.

The objective for both playable gangs is to have collected the most CP when the game ends. The winner gets a fizzy brown drink!

The game is currently available direct from the Word Forge Games website.